PM Narendra Modi writes: The journey from anxiety to assurance has happened and our nation has emerged stronger, thanks to the world’s largest vaccination drive. 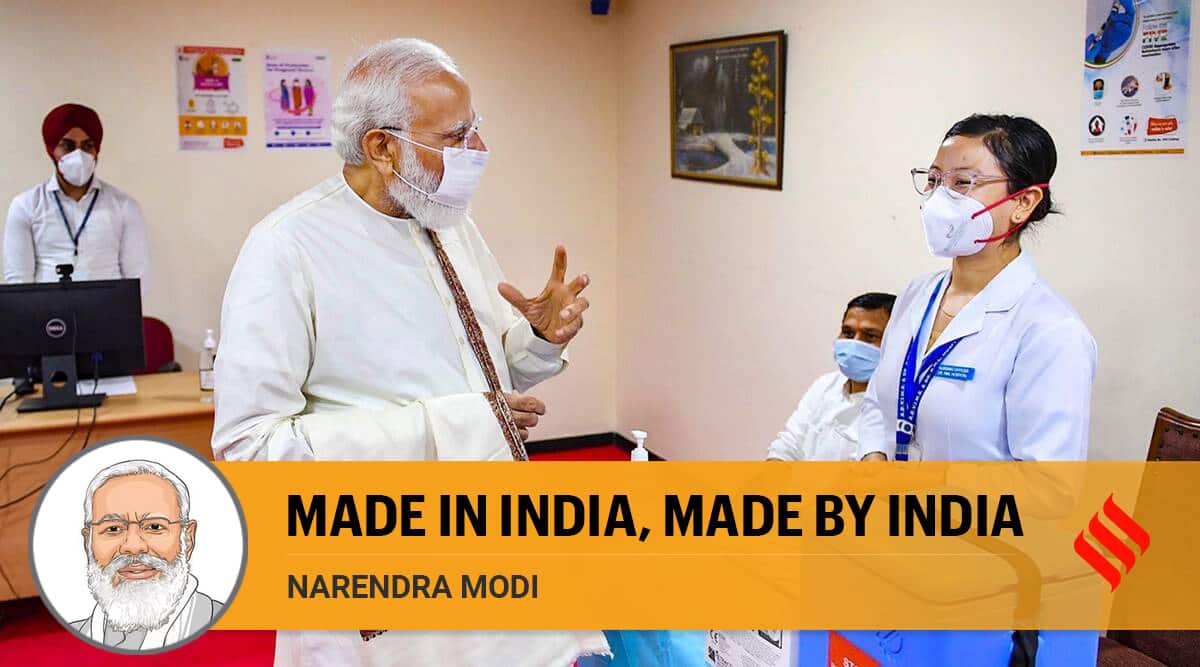 India completed the administration of 100 crore doses of the Covid-19 vaccine on October 21, 2021, in just about nine months since the start of the vaccination drive. This has been a tremendous journey in dealing with Covid-19, especially when we recall how things stood in early 2020. Humanity was dealing with such a pandemic after 100 years and no one knew much about the virus. We remember how unpredictable the situation appeared then, as we were faced with an unknown and invisible enemy mutating rapidly.

The journey from anxiety to assurance has happened and our nation has emerged stronger, thanks to the world’s largest vaccination drive.

It has been a truly bhagirath effort involving multiple sections of society. To get a sense of the scale, assume that each vaccination took just two minutes for a healthcare worker. At this rate, it took around 41 lakh man-days or approximately 11,000 man-years of effort to reach this landmark.

For any effort to attain and sustain speed and scale, the trust of all stakeholders is crucial. One of the reasons for the success of the campaign was the trust that people developed in the vaccine and the process followed, despite various efforts to create mistrust and panic.

There are some among us who only trust foreign brands, even for simple everyday necessities. However, when it came to something as crucial as the Covid-19 vaccine, the people of India unanimously trusted “Made in India” vaccines. This is a significant paradigm shift.

The vaccine drive is an example of what India can achieve if the citizens and the government come together with a common goal in the spirit of Jan Bhagidari. When India started its vaccination programme, there were many people who doubted the capabilities of 130 crore Indians. Some said India would take three to four years. Some others said people will not come forward to get vaccinated. There were those who said there will be gross mismanagement and chaos in the vaccination process. Some even said that India will not be able to manage supply chains. But just like the Janata Curfew and subsequent lockdowns, the people of India showed how spectacular the results can be, if they are made trusted partners.

When everyone takes ownership, nothing is impossible. Our healthcare workers traversed hills and crossed rivers across difficult geographies to vaccinate people. Our youth, social workers, healthcare workers, social and religious leaders, all deserve credit for the fact that India faces minimal vaccine hesitancy when compared to even developed nations.

There was a lot of pressure from different interest groups to give preferential treatment to them in vaccination. But the government ensured that, like our other schemes, there is no VIP culture in the vaccination drive.

In early 2020, when Covid-19 was rampaging across the world, it was clear to us that this pandemic will have to be eventually fought with the help of vaccines. We started preparing early. We constituted expert groups and started preparing a roadmap right from April 2020.

Till today, only a handful of countries have developed their own vaccines. More than 180 countries are dependent on an extremely limited pool of producers and dozens of nations are still waiting for the supply of vaccines, even as India has crossed 100 crore doses. Imagine the situation if India did not have its own vaccine. How would have India secured enough vaccines for such a large population and how many years would that have taken? It is here that credit should be given to Indian scientists and entrepreneurs for rising to the occasion. It is due to their talent and hard work that India is truly aatmanirbhar when it comes to vaccines. Our vaccine manufacturers, by scaling up to meet the demands of such a large population, have shown that they are second to none.

In a nation where governments used to be known to impede forward movement, our government has instead been an accelerator and enabler of progress. The government partnered with the vaccine makers right from day one and gave them support in the form of institutional assistance, scientific research, funding, as well as accelerated regulatory processes. All ministries of the government came together to facilitate the vaccine makers and remove any bottlenecks as a result of our “whole of government” approach.

In a country of the scale of India, it is not enough to just produce. The focus has to be on last-mile delivery and seamless logistics. To understand the challenges involved, imagine the journey taken by one vial of the vaccine. From a plant in Pune or Hyderabad, the vial is sent to a hub in any of the states, from where it is transported to the district hub. From there, it reaches a vaccination centre. This entails thousands of trips taken by flights and trains. During this entire journey, the temperature has to be maintained in a particular range that is centrally monitored. For this, over 1 lakh cold-chain equipment were utilised. States were given advance notice of the delivery schedule of the vaccines so that they could plan their drives better and vaccines reached them on the pre-decided days. This has been an unprecedented effort in the history of independent India.

All these efforts were complemented by a robust tech platform in CoWIN. It ensured that the vaccine drive was equitable, scalable, trackable, and transparent. This ensured that there was no scope for favouritism or jumping the queue. It also ensured that a poor worker could take the first dose in his village and the second dose of the same vaccine in the city where he works, after the required time interval. In addition to a real-time dashboard to boost transparency, the QR-coded certificates ensured verifiability. There are hardly any examples of such efforts not only in India but also the world.

Explained |100 crore doses: A reason for cheer, and the need to keep going

In my Independence Day address in 2015, I had said that our country is moving ahead because of “Team India” and this “Team India” is a big team of our 130 crore people. People’s participation is the biggest strength of democracy. If we run the country through the participation of 130 crore Indians, our country will move ahead 130 crore steps every moment. Our vaccination drive has yet again shown the power of this “Team India”. India’s success in its vaccination drive has also demonstrated to the whole world that “democracy can deliver”.

I am optimistic that the success achieved in the world’s largest vaccination drive will further spur our youth, our innovators and all levels of government to set new benchmarks of public service delivery, which will be a model not only for our country, but also for the world.

This column first appeared in the print edition on October 22, 2021 under the title ‘Made in India, Made by India’. The writer is the Prime Minister of India.

Has Priyanka Gandhi given fresh life to women’s reservation issue? 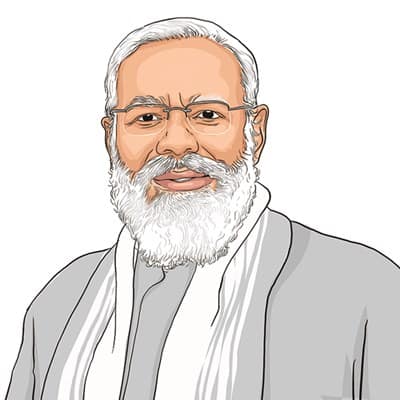