On the Indian economy, no one knows what to believe. This makes the uncertainty of our moment more endemic. 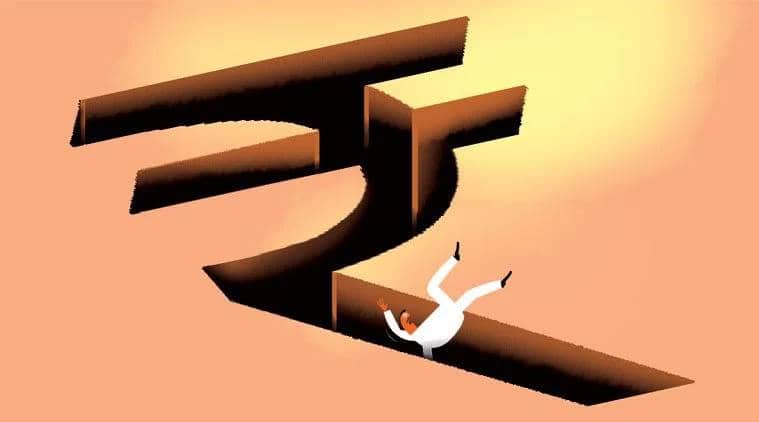 But our credibility is not undermined by the crisis, as it is by the systemic denial this government has produced.

Despite the pantomime optimism that government functionaries and the media have to display, it is becoming impossible to disguise the sense of gloom surrounding the Indian economy. All agencies, from the Economist Intelligence Unit to the IMF are downwardly revising growth figures; the RBI’s consumer confidence index is at a new low. There are learned debates about whether this slowdown is structural or cyclical. There are debates over demand side or supply side solutions. There is general global uncertainty: The global economy is slowing, the possibility of geopolitical and trade shocks is still high. But there is one obvious fact we are paying less attention to: The pervasive loss of credibility in the Indian system.

UPA 2 undoubtedly left a mess. This government has tried a few things, some even laudable. But at the end of the day, it has to take responsibility for the fact that it has sustained an economy whose numbers are more of a mystery, whose critical sectors (real estate, banking and telecom) are in crisis, where tax cuts are confused with tax reforms, where the pressures on the fiscal deficit are immense, where reform is a knee-jerk handout to one constituency or the other, where regulatory capture is still a possibility, where no one quite knows what the systemic effects of corporate malfeasance are, where income growth is near stagnant for most people, where there are uncertainties about what trade and RCEP might mean for India, and you don’t have much of a mystery for why India is not growing.

But our credibility is not undermined by the crisis, as it is by the systemic denial this government has produced. It does not help when economic titans like Mukesh Ambani want us to take a bet on what they call “the leadership accelerator”. It is the case that the more you need to trust a leader, the less likely you trust other institutions. But this metaphor is doubly odd. It does not contemplate the possibility that a leader can accelerate a car and crash it into a wall, or if the car is stuck in quicksand, can suck it in even further. Privately, almost no one believes our growth is more than two to three per cent. Any society with a gap between what people, and even professionals, say about the economy in private and what they are willing to say in public, will face a credibility crisis. Part of the problem with the Indian economy is that no one knows what to believe. This makes the uncertainty of our moment, more endemic and self-fulfilling.

The second credibility gap is baked in our political economy. Because the ideological mystification is so deep it has to be said over and over again. If Indian capitalism is stalling, it is not because the government gives in to populist pressures from below — you can always cite this or that relief for farmers or consumers as examples. But the impact of that pales into insignificance with the undue power exercised by the rich and the powerful to distort the system. As Adam Smith always pointed out, the biggest challenge is not saving the market from the state, it is saving the state’s credibility from being decimated by the privileged.

The credibility-undermining influence of the privileged can be seen in many ways. The rich can disproportionately claim exemptions from the state. At the moment when everyone agrees that rural India bore the brunt of demonetisation, when the fiscal deficit and inequality are both high, corporate tax cuts and tax cuts for upper income brackets more generally are a crazy idea. If the structural diagnosis of our malaise made by Rathin Roy is correct, that this is a system largely geared to the consumption and investment needs of a hundred million, leaving the rest of the billion in the lurch, then all measures that reinforce the privilege at the top will be counter-productive. The other unintended consequence of undue tax cuts for the rich is that the political pressure for populist compensations increases rather than decreases as a result. The fiscal deficit will be harder to contain. In short, if you are a country whose political economy is going to oscillate between bowing to blackmail from the rich, and indiscriminate populist spending to compensate, you are not on a sustainable path. Your credibility will be low.

The second baleful influence of the privileged is over the regulatory system. India is now in a peculiar situation, where two opposed trends are creating a credibility crisis simultaneously. On the one hand, there have been attempts to “clean up the system” as it were and in some cases, create mechanisms for an orderly exit. Some of the uncertainty is the result of this process, whether it is in banking, real estate or the creation of the bankruptcy process. But the confidence is diminishing whether the government has the bandwidth to create a legal and regulatory culture that can bring this process to fruition. Or will we end up in half measures, where the poison is revealed but no mechanisms to absorb it? More than economists, what the government needs is to train a critical mass of people across all institutions of economic governance — legal drafting, taxation, regulatory bodies, banking — who can create a credible regulatory culture. On the other hand, there is a perception that the system as whole is moving in a direction where a couple of groups will exercise disproportionate influence on the political system. We are at the risk of moving from decentralised to centralised and concentrated cronyism (centralised both in terms of givers and recipients of benefits). The combination of half-done clean-up of the old, and new cronyism at the top is not a recipe for credibility.

The third credibility gap is the private sector itself. We can rail against the government all we want, but the fact is that episodes like Ranbaxy, IL&FS, DHFL, shake the credibility of the entire system. The issue is not the number of companies that might have engaged in creative accounting; maybe that number is still small. But can you now tell what is kosher and what is not? What these episodes exposed was the fragility of accountability systems in the private sector: Whether it is the reputation of the big accounting firms, who are still getting off lightly, or of corporate governance. Failures in many of these firms have systemic consequences. So, risk aversion will increase and no one will bet on the future. Economies, as Keynes knew, turn on structures of credibility. We are frittering that away at every level, even in economics.

This article first appeared in the print edition on October 31, 2019 under the title ‘It’s credibility, stupid’. The writer is contributing editor, The Indian Express.