The Rajapaksas have had good relations with India and have visited the country many times. Gotabaya knows of India’s immense contribution to Sri Lanka during the civil war, and realises that neither China nor Pakistan can be a substitute for India. 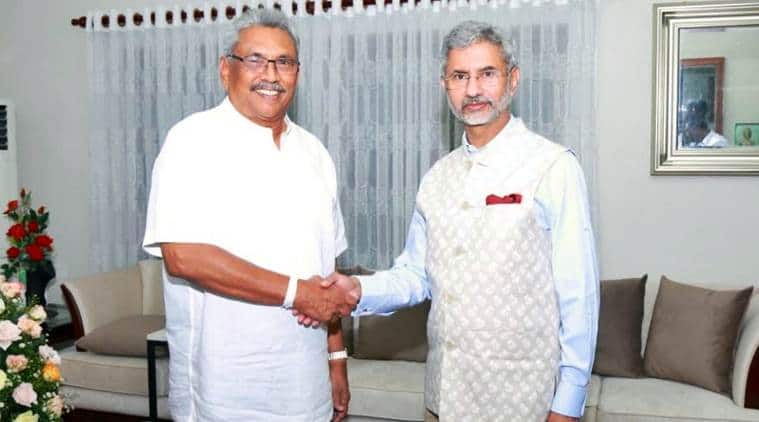 The presidential elections in Sri Lanka have ushered in a new administration led by Gotabaya Rajapaksa. The election of a new president — a former lieutenant colonel and the younger brother of former Sri Lankan president Mahinda Rajapaksa — has created lots of ripples in the country’s polity, and lead to some apprehensions in India. The Rajapaksa family is perceived as being close to China and, of late, has been seen as harbouring misgivings about India.

An analysis of the voting pattern shows that like the 2015 elections, Tamils and Muslims voted against Gotabaya. All electoral districts in the country’s north and east as well as Nuwara Eliya in Central Province, where most of the plantation Tamils live, voted for Sajith Premadasa, Gotabaya’s rival. In 2015, the educated Sinhala youth in Western Province, which includes Colombo and a large Catholic population, voted against an autocratic Mahinda. However, the bombings on Easter this year changed their voting behaviour — most of them voted for Gotabaya, who played a big role in defeating the Liberation Tigers of Tamil Eelam (LTTE).

The ethnic and religious minorities are alarmed by the return of the Rajapaksas at the helm of affairs. Gotabaya has aggravated their sense of insecurity by deciding to have his swearing in ceremony in Anuradhapura, the ancient capital of Sri Lanka, in front of a Buddhist stupa that was built by a Sinhalese king after defeating a Tamil monarch. At the ceremony, Gotabaya ascribed his success to the blessings of Buddhist monks and said that the Sinhala majority vote was behind his victory. He did ask the Tamils and Muslims to join him in rebuilding Sri Lanka. But winning their hearts and minds will require much more. Devolution of powers to the provincial councils as promised in the 13th amendment has not yet taken place. India has lot of stake in racial harmony in Sri Lanka and has contributed immensely in the past — both in terms of resources and human lives — to ensure Sri Lanka’s integrity and racial harmony.

However, the perception that Gotabaya will be against India because he was trained in Pakistan is deeply flawed. Beijing was quick to recognise Mahinda as PM when he was appointed to the post after a constitutional coup by President Maithripala Sirisena in October 2018, while India insisted that constitutional norms be followed in Sri Lanka. In the later years of Mahinda’s presidency, China invested heavily in Sri Lanka, which included major projects like the opening of the Hambantota port and the expansion of the Colombo port. Many Chinese projects were cancelled or were under review under the last government; so, a perception has gained ground that the Rajapaksa family is pro-China. However, this view is wrong. As president, Mahinda had said that China is a good friend but India is a relative. In the South Asian context, friends may come and go, but relatives are for keeps.

The Rajapaksas have had good relations with India and have visited the country many times, including for pilgrimage. Gotabaya also knows of India’s immense contribution to Sri Lanka during the civil war, and realises that neither China nor Pakistan can be a substitute for India. India is Sri Lanka’s largest trading partner and also one of the largest investors in the country. The largest number of tourists visiting Sri Lanka are from India. Sri Lankans, of all economic strata, across racial and religious divides, come to India for healthcare, education and pilgrimage. So, it is unlikely that any sensible leader would like to snap such relations.

During the last few years, various constitutional amendments have weakened the Sri Lankan president’s powers considerably and it would be interesting to watch the relation between the president and the parliament, which cannot be dissolved before February 2020 — unless it votes itself to do so. Despite having a majority in parliament, Ranil Wickremesinghe has resigned as the prime minister and Gotabaya has appointed his brother as the PM. India will do well to wait and watch while diplomatically engaging with the new president.

This article first appeared in the print edition on November 22, 2019 under the title ‘Bonds beyond politics’. The writer is director, India Foundation and adjunct professor at New Delhi Institute of Management. Views expressed are personal. 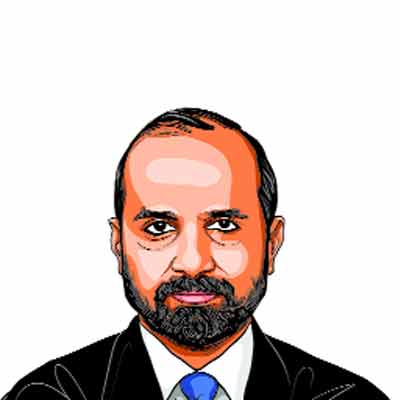