The friendly robot and the future of work 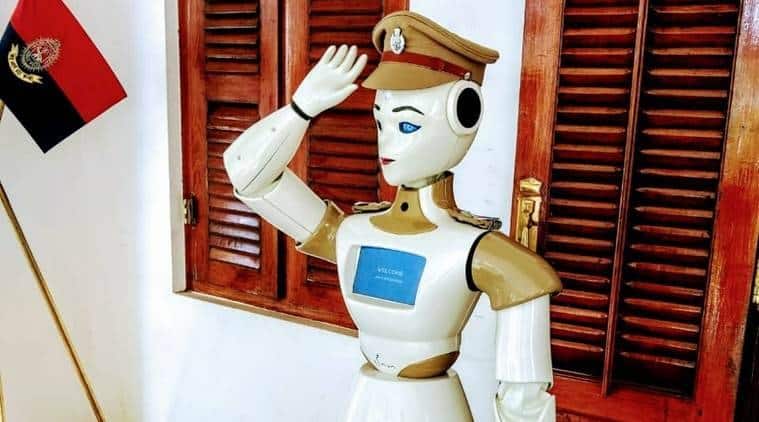 There is optimism about the future of robots in India. (File)

In one of the most unforgettable scenes of the Star Wars: Episode III — Revenge of the Sith, released in 2005, surgical robots dramatically transform Anakin Skywalker into Darth Vader, one of most identifiable characters in Hollywood movies. Robotic surgery has been around since the mid-1980s, when Arthrobot helped surgeons perform orthopaedic surgical procedures. The space connection is not all imagination. The AESOP robot was funded by NASA to work as a robotic arm in space but soon became a pioneer as a camera for laparoscopic procedures in the mid-1990s. ZEUS, another robotic surgical aid, was used in a beating heart coronary artery bypass graft in the late 1990s. Today, robotic surgical aids are used across the world.

General-purpose robots are making their mark in the COVID-19 pandemic, which has stretched our healthcare sector to its limits. Mitra, a friendly Indian robot, helps COVID-19 patients make video calls with their families using its camera and a video screen on its torso. Mitra can move on its own from the bedside of one patient to another. Another robot from Milagrow, a Gurgaon-based firm, is cleaning and disinfecting hospitals. These robots are doing their part in assisting our healthcare heroes and reducing their exposure to COVID-positive patients. Both patients and healthcare heroes appear to have formed a bond with the machines. Many patients who have seen these robots in action don’t leave the hospital without a selfie.

This brings us to the important question: Will robots replace Indians at work? The answer lies in how we plan to use robots. One approach that Indian policymakers should consider is to encourage use of robots that assist us in making our jobs more productive, rather than focus on robots that are likely to entirely replace us at work. The real possibility of robots replacing humans has been highlighted by the United Nations Conference on Trade and Development as well. In a 2016 report, it indicated that while robots threaten up to two-thirds of jobs developing countries, robots will also open up new opportunities for work. Let us also not forget the externalities in play. Sometime in the near future, robots can reduce the labour costs in manufacturing to such an extent that factories are likely to be re-shored from their current offshore low-labour cost locations.

However, there are application domains where we will want robots to entirely replace us as soon as possible. One of them is manual scavenging. A team from IIT Madras has developed a Sepoy Septic Tank Robot, which uses high-velocity cutters to cut through the sludge in septic tanks and a vacuum pump to suck it out. This Indian robot comes at fraction of the price of a similar imported robot. A couple of years ago, Bandicoot, a scavenging robot, was piloted to clean the sewers in Thiruvananthapuram. According to a 2018 report by the National Commission for Safai Karamcharis, one life is lost in about every five days while cleaning sewers and septic tanks across the country. Manual scavenging has to end in India and robots can play an important role in rooting this practice out. Like India, other countries are also making their assessments of robots and their use.

Labour-rich countries like China have been working on a policy for robots for almost a decade. Their Ministry of Industry and Information Technology came up with a report “Guidance on the Promotion and Development of the Robot Industry”. The “Made in China 2025” programme set a goal of producing 1,00,000 industrial robots per year and achieving a density of 150 robots per 10,000 workers by 2020 from about 97 in 2017. There is also a definite possibility of inducting robots in the military. Earlier this year, the head of Russia’s Advanced Research Foundation indicated that humans in the military will be gradually replaced by robots who can act faster, more accurately and more selectively than humans. These international developments provide yet another context for India to fine-tune its policy on robots.

We need to assess the benefits and risks of robots in different sectors of the economy. India has been proactive in identifying priority sectors like healthcare, agriculture, education, smart cities and infrastructure, and smart mobility where artificial intelligence, including robotics, will make a positive difference to India. Multiple government organisations like NITI Aayog, office of the Principal Scientific Advisor to the government of India, the Prime Minister’s Science, Technology and Innovation Advisory Council, Ministry of Electronics and Information Technology, Department of Science and Technology are working on refining the Indian policy on artificial intelligence and robotics. The economic potential of using artificial intelligence seems impressive, with NITI Aayog forecasting that artificial intelligence is likely to add about $1 trillion to the Indian economy by 2035. While Indian policymakers have been at work, the Indian robotics startup ecosystem has also been busy.

All the Indian robots mentioned so far are from startups or translational research initiatives in our universities. Cruchbase indicates suggest that there are close to about 400 robot startups in India. The top robotics startups have raised about $200 million in venture funding. It is impressive that our robot companies are solving problems that are common for India and many other parts of the world. Plansys, an IIT Madras alumni and faculty startup, provides submersible robotic inspection and survey solutions using remotely operated vehicles. Apart from underwater inspection of marine structures, Plansys’s services also impact the largest sector of the Indian economy – agriculture. Proper functioning of dams is critical to the livelihoods of many Indian farmers. Plansys provides underwater assessment of dam gates. This is critical for early assessment of preventive work to ensure the proper functioning of dams. Inspection by submersible robots is sometimes the only effective solution since reservoirs can be too turbid for effective human diver inspection. Many a time, human diver inspection is dangerous since the reservoirs are home to crocodiles. While the Indian robotics startup ecosystem has made a good start, we still have a long journey ahead of us.

There is optimism about the future of robots in India and I’m waiting for the day where job postings will include the phrase “should be comfortable working with our friendly robots”. We need to refine and implement an Indian policy on robots as well as to nurture a larger and more vibrant startup ecosystem to build indigenous robots. If robots still feel alien for some of us, let me leave you with a quote from Richard Dawkins’ The Selfish Gene, “We are survival machines — robot vehicles blindly programmed to preserve the selfish molecules known as genes.”

The writer is co-founder and CEO of Itihaasa Research and Digital. Views are personal