The die is cast

India’s government may want calibrated strategic escalation, but this genie will not be put back in easily. 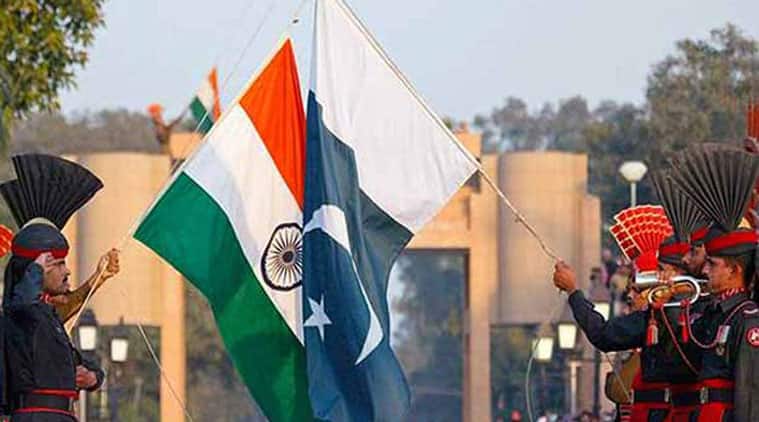 We do not know the full details of the surgical strike along the LoC. But the official narrative around it has been professionally surgical. This was a limited strike to pre-empt terrorists from entering India. India acted within its rights. The target was terrorists, not Pakistan’s army or territory. It is for now envisaged, officially, as a limited operation. The diplomatic circumstances around the operation have used this particular conjunction in global politics, and India’s built-up diplomatic capital well. But in the wider discourse and ideological framing, there is a sense, to use the line attributed to Ceaser when crossing the Rubicon: Alea iacta est (the die has been cast). The operation itself is not unprecedented. But the operation’s public use as a statement of India’s intent and resolve is new. The operation, by its public embrace, becomes the declaration of a policy. Its immediate psychological effect has been to boost confidence in our capabilities. It will also, therefore, change expectations, and potentially, the assessment of future options. It enhances Prime Minister Narendra Modi’s standing. It gives him unprecedented political capital, both for his foreign and domestic agenda.

The operation is one in a series of diplomatic and political moves, so its full effect will depend on how that chain unfolds. It is too early to conclude anything. But what are the mechanisms to watch out for, by which this operation might have an effect? How might these mechanisms work? Do they suggest things will get worse before they get better?

In strategic terms, we are, whatever the government might stay, still in an ambiguous zone. We demonstrated that we will not succumb to nuclear blackmail; that the threshold before things go out of hand can be raised. But the real question is: What is the bandwidth? A “shallow” strike across the LoC is, at best, tinkering with strategic restraint. It is not abandoning it. It is not a form of action that either significantly degrades Pakistan’s capabilities, or compels it to change posture. The real test will come now, if both sides engage in discovery of what the new threshold is. This is not something that should be deduced a priori.

But the main mechanisms to look out for are political. The operation puts the Pakistani Army in a bind. The potentially most powerful effect of the operation may be to put some stress on the relationship between the military and non-state actors in Pakistan. While strikes like these are unlikely to degrade Pakistan’s capabilities much, they will, depending on the extent of casualties, raise the following question. Presumably, the non-state actors will demand greater protection, and hence increase the potential cost of using them. It is one thing to risk your life inflicting damage on the “enemy”; another to be sitting ducks without protection. The Pakistan Army cannot be seen to be abandoning its non-state assets and proxies. The second thing it could lead to in the short run is change of modus operandi: Instead of cross-border infiltration aimed at Kashmir and the border, there is more targeting of other soft targets. We will not see the effects immediately. Even if Pakistan had the assets and capabilities in place, it would be too obvious a coincidence were something to happen almost immediately. But the prospects for long-term escalation remain.

The second bind for the Pakistani Army is this. Pakistan’s initial response has been a form of denial. But that is to be expected. They will also want to control the narrative. It also gives them room for political manoeuvre. But if the Indian strikes are seen as humiliating, it is bound to have two effects. On the one hand, it will have repercussions on the institutional politics inside Pakistan. It could dent the authority of the current military leadership. India’s decision to release footage may have an influence on this politics. On the other hand, the fuel that powers Pakistani elites’ identity is humiliation. Pakistan has an extraordinary history of turning humiliation into a basis for new resolve. And here we may have crossed a Rubicon. As much as the army statement on the strikes was professional, the political and ideological sabre-rattling will go across the border as an attempt to humiliate.

The India-Pakistan relationship is almost psychoanalytic. The public triumphalism about this operation in India is not just cathartic, as if to say we are no longer passive victims. Let us not put too fine a point on it: Public discourse also has shades of blood lust. This blood lust is also evident in irresponsible sections of the Pakistani leadership. While the government may want a calibrated strategic escalation, the psychological escalation is now out of control. The government is doing a good cop-bad cop story: Responsible, statesmanlike articulation at the top, but through the party, a kind of ideological blitzkrieg on the other hand. At one level, the aggressive public posture is not an add-on: It is itself a part of the strategy to signal that Pakistan should not escalate, because we are capable of anything. But such psychological passions will need to find their recompense on both sides, particularly if there are casualties. In India this psychological recompense is also needed for the fact that we have, for the moment, lost Kashmir. More than 80 days of curfew is a deep moral loss, no matter what we do to Pakistan. This genie will not be put back in easily.

There is widespread exasperation with Pakistan. There is also a leadership vacuum in global politics: From Syria to Afghanistan, the US is disengaged or stuck. China’s overreach and ideological imperatives make it difficult for it to be an effective international actor in diplomatic terms. This vacuum has given India some breathing space. But this space has, paradoxically, been a consequence of India’s relative restraint. It would be foolish to assume unequivocal support for India if hostilities escalate. The international community may be exasperated with Pakistan. But in a global leadership vacuum, there will also be wariness of action that challenges the authority of the Pakistani military beyond a point.

The strategic and diplomatic thinking may be calibrated. There is a possibility that India will say, “we have made our point, “ and Pakistan will say “we have got it”. This will be the rational position to take. But there is reason to worry that this may not come to pass. This is because in both India and Pakistan, regimes have now tied the mast of their popular legitimacy to taking strong action against the other. That is not a reassuring thought.

They Didn’t Start the Fire