Disaster-conscious planning as part of the urban agenda is helping India better prepare for natural calamities. 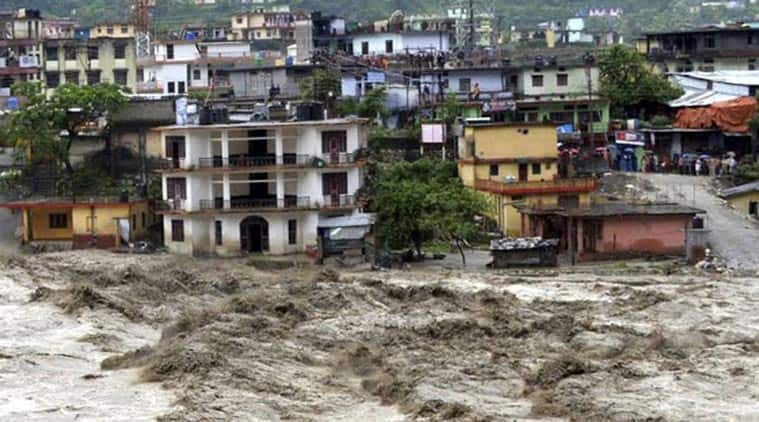 Chennai 2015, Srinagar 2014, Uttarakhand 2013, Mumbai 2005. These disastrous floods remind us that without proper planning, unusually heavy rains in densely populated areas can brew a deadly cocktail for disaster. The issue is not just India’s alone. In our rapidly urbanising world, making towns and cities safer is emerging as one of the greatest challenges of the 21st century — be it for a natural disaster, a health epidemic, or any other largescale calamity. Therefore, today, as India massively ramps up infrastructure and promotes smart cities, it’s time to build resilience into the blueprint for the future, strengthen cities’ ability to respond to a disaster, as well as to recover rapidly if it does occur.

From the time a super-cyclone hit Odisha in 1999, and a devastating earthquake shook Gujarat in 2001, India has sought to build a safer, disaster-resilient nation. Not surprisingly, Odisha and Gujarat were among the first states to set up institutions to deal specifically with disasters. Then, in the aftermath of the 2004 tsunami, and following legislation in 2005, the National Disaster Management Authority (NDMA) was established in 2006.

At the global level too, efforts to boost urban resilience are gaining momentum. In 2014, nine institutions, including the World Bank and the Global Facility for Disaster Reduction and Recovery (GFDRR) — the world’s largest fund for disaster prevention and recovery — announced the Resilient Cities Initiative, a worldwide collaboration to make cities safer.

Lessons from across the world show that much can be done to reduce risk, even in complex urban scenarios. To increase resilience, critical infrastructure and services — schools, hospitals, water, electricity, communications systems, transportation, etc — will need to be built or retrofitted to withstand multiple hazards so that they continue to function in an emergency. India’s coastal areas are making a beginning with a number of projects, including the Union government’s National Cyclone Risk Mitigation Project (NCRMP), building the resilience of power infrastructure by placing electrical cables underground, among other measures.

Preventing urban flooding will be equally critical. Already, floods are the most frequent of all natural calamities and, with the likely growth in high rainfall events, storm surges, and sea-level rise, urban vulnerability will only increase. Seoul has tackled frequent flooding by combining hydraulic modelling of stormwater drains with the strategic placement of sophisticated pumping stations, allowing flood waters to be pumped out into the sea in times of heavy rain. Buenos Aires, too, has controlled this hazard after two crucial tunnels were constructed in its flood-prone central area. Similarly, it will be important to upgrade waste collection as carelessly handled garbage and construction debris are a major cause of clogged water outlets.

While modern technology can help forecast floods and cyclones, no precise methods exist to predict earthquakes. Enforcing building codes will therefore be imperative, especially in India where almost 60 per cent of the landmass is seismically vulnerable. The risk is particularly high in the Himalayan states where several strong earthquakes have resulted in sizeable loss of life and property. Nonetheless, urban development has proceeded apace and, despite the introduction of building codes in the 1960s, a large percentage of structures fails to meet standards and many are too high for an earthquake-prone region. Today, Istanbul has emerged as one of the most proactive cities in the world in safeguarding against seismic risks. The city has retrofitted more than 700 public buildings and trained more than 4,50,000 people in disaster preparedness. In an interesting innovation, Madagascar has made both builders and approvers liable for the safety of a building.

Other measures will also be important. All towns and cities will benefit by collecting and sharing data on population densities, critical infrastructure, buildings, etc, enabling them to direct urban growth to safer places. The NCRMP, being implemented by the NDMA, is doing just this by developing a digital platform that will help determine vulnerabilities to weather-related events along India’s coastline. This will help define land-use along the 7,500-km coast — three-fourths of which is cyclone-prone — and determine how strong we need to build to save lives.

Should a disaster strike, a swift response can keep casualties low. After the Gujarat earthquake flattened towns and villages, the state established emergency response centres across its territory, equipped them with specialised search and rescue equipment, and outfitted emergency vehicles so that they could navigate narrow city lanes expeditiously. Recently, Odisha, Andhra Pradesh and Uttarakhand have established their own disaster response forces.

Involving local communities is also critically important. In Odisha, for example, local volunteers have been trained as first responders and equipped to provide first-aid and conduct search and rescue operations, with special evacuation procedures to be followed for the disabled and elderly. In Gujarat, all schools, including rural ones, conduct exhaustive earthquake and fire drills that instil a deeprooted culture of safety and preparedness. Another oft-repeated measure, but nonetheless critical, will be to pare down the multiplicity of urban authorities and align them with disaster-conscious ways of thinking.

Today, with over $2.2 billion in support, the World Bank is helping India better prepare for natural disasters and recover stronger from those that occur. Over 60 per cent of this support is deployed in India’s coastal states to build resilience against cyclones and related hazards. Support is also ongoing to several states that have been hit by disasters — after the Kosi floods in Bihar in 2008, the 2013 floods in Uttarakhand, Cyclone Phailin in Odisha in 2013, Cyclone Hudhud in Andhra in 2014, and the Jhelum and Tawi floods in 2014.

With social media, BJP chooses to keep its attack on Jaya faceless