A recovery led by profits, at the expense of wages, has implications for demand, inequality and policy

So even as economies heal from COVID-19, the distribution of incomes across capital and labour risks becoming very skewed in favour of capital. Why does this matter? Equity issues apart, this portends ominously for future demand. 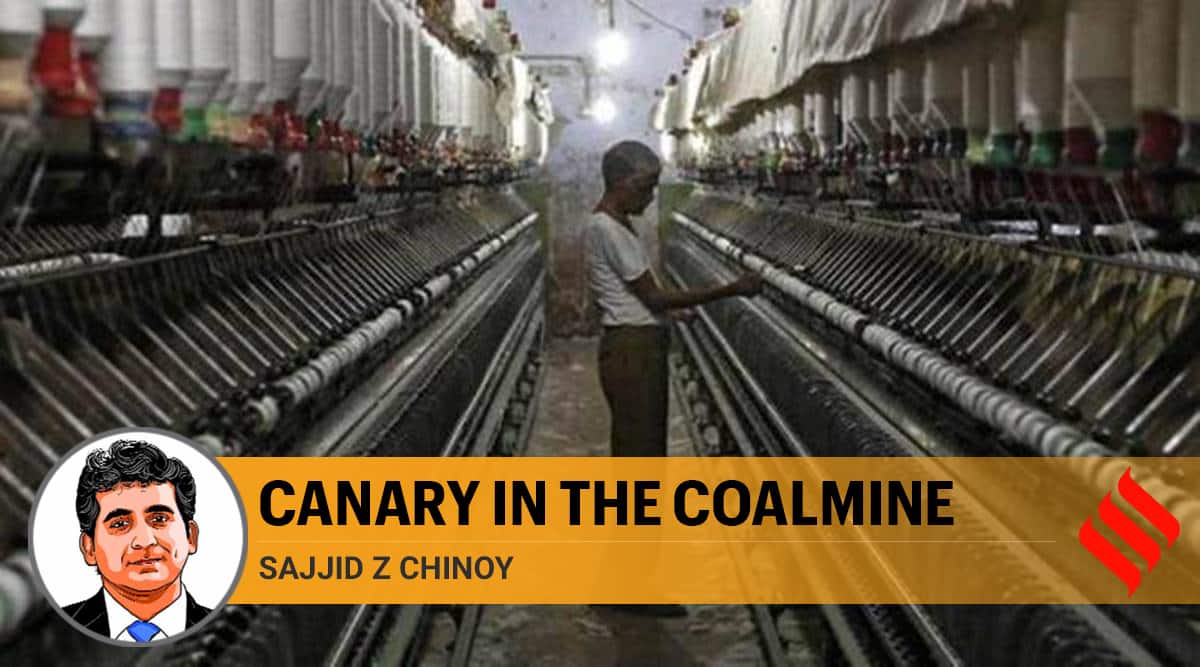 So even as economies heal from COVID, the distribution of incomes across capital and labour risks becoming very skewed in favour of capital. (File Photo)

GDP prints should be viewed through two prisms. The first is what they tell us about the past. Here, the news has generally been better-than-expected. The US and India, for example, saw a much stronger recovery last quarter than previously envisioned, manufacturing bounced back sharply and, in India’s case, the link between the virus and mobility has been broken more successfully than was feared.

But there’s another, more forward-looking, prism that we must also peer through. GDP is typically reported in two ways: The sectoral, production side (agriculture, manufacturing, services) and the functional, expenditure side (consumption, investment, net exports). But there’s a third way to slice the pie — the income side. Value addition must ultimately accrue to the different factors of production. On the income side, therefore, GDP is simply the sum of profits, wages and indirect taxes. This begs the question: Which factors of production are propelling the recovery, and which are bearing the burden?

The answer should provide some pause. The economic recovery in many parts of the world is too skewed for comfort, driven disproportionately by capital than labour. In the US, corporate profits last quarter grew four times as strongly as GDP, dramatically higher than expected. In India, the net profits of listed companies grew 25 per cent (in real terms) last quarter. This despite revenues shrinking because firms aggressively cut costs, including employee compensation. Indeed, a sample of about 600 listed firms reveals employee costs (as a per cent of EBITDA) was the lowest in 10 quarters. Think of what this implies. If listed company profits are growing 25 per cent, and yet GDP contracted 7.5 per cent, it reveals (by construction) significant pressure on profits of unlisted SMEs, wages and employment.

This correlates with labour market pressures around the world. US hiring slowed sharply in November and the unemployment rate is still forecasted to remain close to 6 per cent —almost twice pre-COVID levels — even at the end of 2021. In a sample of five East Asian economies, employment income has contracted — in nominal terms — in 2020. Labour market pressures are evident in India too. Household demand for MGNREGA remains very elevated, suggesting significant labour market slack. The employment rate (a more holistic measure since participation rates have bounced around sharply) in some labour market surveys still reveal about 14 million fewer employed compared to February, and nominal wage growth across a universe of 4,000 listed firms has slowed from about 10 per cent to 3 per cent over the last six quarters.

Opinion | P Chidambaram writes: The overall economy is in bad shape, policy making is confused, and the claims of a revival are exaggerated

So even as economies heal from COVID-19, the distribution of incomes across capital and labour risks becoming very skewed in favour of capital. Why does this matter? Equity issues apart, this portends ominously for future demand. It may be rational for any one firm to boost profits by cutting employee compensation. But if every firm pursued that strategy, that simply cannibalises future aggregate demand and profitability for all firms — the quintessential fallacy of composition that Keynes enumerated. Weak demand, in turn, disincentivises re-hiring, reinforcing the risks of settling into a sub-optimal equilibrium.

To be sure, the dramatic acceleration of technological adoption during the pandemic, and differential productivity impacts it is having on capital, skilled and unskilled labour, will likely have more profound and secular impacts on the future capital-labour mix, potentially accentuating existing cleavages and inequities. But that’s a broader debate for another day.

In the interim, remaining vigilant about labour markets is particularly important for India. Private consumption was increasingly financed by households running down savings and taking on debt pre-COVID-19. Consequently, if job-market pressures induce households into perceiving this shock as a quasi-permanent hit on incomes, households will be incentivised to save, not spend in the future.

This is not to suggest that the immediate recovery will stall. While economic momentum is expected to slow as pent-up demand wears off, the level of output will progressively reach pre-COVID levels as the economy normalises. The question is what will drive growth after that? If labour market pressures dent private consumption, and an incomplete global recovery in 2021 dents export prospects, there will be no imperative for entrepreneurs to invest, especially with manufacturing utilisation levels below 70 per cent heading into COVID-19 outbreak. Investment will need to be preceded by a durable source of final demand.

This is where policy, especially fiscal, will need to be supportive for longer than initially envisioned. Recognising the uneven nature of the recovery, US policymakers are negotiating yet another fiscal package, and only a small fraction of the large discretionary stimulus that the Euro Area and Japan injected will be reversed next year. While developing economies have fewer degrees of policy freedom, they also have fewer safety nets to handle the labour market fall-out. So fiscal policy cannot afford to become a drag next year.

Opinion | Amartya Lahiri writes: On economic growth, there is much we can learn from our past and from Pakistan

India’s fiscal response has been restrained thus far, with the Centre’s total spending similar to last year and state capex under pressure. It’s therefore important for the Centre to step up spending in the remaining months. October saw a jump in central capex and that momentum must be maintained. More importantly, public investment, and a large infrastructure push, must be the leitmotif of the next budget. This will be crucial to boost demand, create jobs, crowd-in private investment and improve the economy’s external competitiveness. But how do you accommodate this spending, if the consolidated fiscal deficit — which will end this year above 11 per cent of GDP — must be reduced, albeit very gradually, from next year? By doubling-down on public sector asset sales. If higher infrastructure spending is financed by higher asset sales, the headline fiscal deficit (which matters for bond markets and interest rates) can be slowly reduced, even as the underlying fiscal impulse (which matters for growth and jobs) remains positive. This is the only way to undertake fiscal consolidation without incurring a fiscal drag.

Monetary policy has led the charge in 2020. But with inflation continuing to remain sticky and elevated, the RBI has fewer degrees of freedom going forward. In 2021, the baton must therefore pass from monetary to fiscal, especially since the latter is a more surgical instrument to target SMEs and the labour market.

The stronger-than-expected GDP print is very encouraging. But this is the start of a long journey back. If growth contracts 7.5 per cent this year and rebounds 12 per cent next year, activity in early 2022 will still be about 7 per cent below the level forecasted pre-COVID, reflective of some economic scarring. Much, therefore, remains to be done. The excitement around the vaccine shouldn’t obscure this fundamental premise.

This article first appeared in the print edition on December 5, 2020 under the title ‘Canary in the coalmine’. The writer is Chief India Economist at J.P. Morgan. All views are personal.