With a bedrock of shared values, India, EU must deepen economic and strategic ties Today, the EU is India’s largest trading partner and investor — and this will not change after Brexit.

2018 has started with good news for Europe. Growth is picking up in the Eurozone. Unemployment is at its lowest in the past nine years. This points in the direction of a promising economic outlook for the European Union.
The challenges that the EU has faced recently have also been a driver for greater integration. Much has been done over the last few years to consolidate the Eurozone, protect our borders, fight against terrorism and build European defences. We need to protect our citizens, given a more unstable global environment.

The Franco-German motor, as we call it, has always been instrumental in moving the EU forward. On this very special day for France and Germany, when they celebrate the signing of the Elysée Treaty, Chancellor Angela Merkel and President Emmanuel Macron have expressed renewed ambitions for Europe to adapt it to today’s challenges in a rapidly-evolving world. One hundred years after the end of the First World War and almost 70 years after the beginning of the Second World War that shattered our nations, this is an obligation. We will also never forget the sacrifices made by valorous Indian soldiers in these conflicts.

Many of these challenges are common to India, for they are those of a globalised world: Climate change and terrorism know no borders. Fortunately, challenges are not the only commonality between India and Europe; both share the same basic principles and values. Both believe in multilateralism, cooperation and a rules-based international order rather than the unilateral use of force and coercion. Both believe democracy, human rights and the rule of law to be the best means to secure freedom and prosperity for our peoples. We are natural partners.

The partnership between the EU and India is as old as the EU itself. Today, the EU is India’s largest trading partner and investor — and this will not change after Brexit. European companies are actively involved in India, working hand-in-hand with Indian companies, contributing to shaping a new India by creating employment, sharing technical know-how and opening research and innovation centres in this country. Reciprocally, highly-qualified Indian workers have been contributing to the European economy for decades. Indian investment flows towards Europe are also strong. In these disruptive times, the EU remains open to Indian talent and enterprise. Together, we are formulating innovative solutions for the 21st century in the fields of smart cities, renewable energy and clean transportation.

What is lesser known, but no less important, is the growing significance of the EU-India security partnership for today’s world. For France and Germany, India has been a trusted security partner for many years. Based on this decades-old experience, we are convinced that the partnership between India and the EU as a whole, has great potential as the EU has gradually but surely emerged as a strategic actor on the global scene. Regular exchanges of views are already taking place between Indian and European officials on a large number of foreign policy and security issues. Let us take this partnership further and promote concrete cooperation in areas such as counter-terrorism, the Indian Ocean and cybersecurity.

In 2018, let us take our security partnership to yet more ambitious levels.

In jobs report, new findings and ways to interpret data Alexandre ZieglerZiegler is the Ambassador of France to India... read more 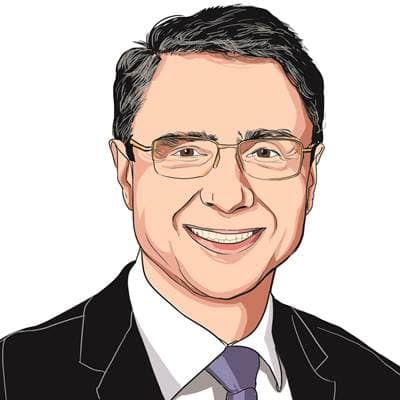 Martin NeyNey is the Ambassador of Germany to India... read more