The republic’s continuity and evolution are ensured only when vibrant ideas remain at the centre of politics. A woman selling the Indian Flag in Chandigarh. (Express photo by Kamleshwar Singh)

Democracy in the contemporary world is torn between the will of the masses and the hegemonic power of the elite on the one hand, and a growing disregard for representative government on the other. In the last two decades, Latin American countries witnessed such an unresolved situation. In the United States, the unabashed opposition to Donald Trump from the intelligentsia throughout his presidency and the post-verdict street violence at the Capitol show the limitations of representative democracy. The primary reason is the natural decay of traditional ideologies in a neoliberal order, which makes democratic states increasingly vulnerable to corporates and profit-seekers. In this context, the examination of the Indian republic leads to optimism tempered by caution.

Unlike in the West, Indian democracy is not merely a system of governance. It is integrated as a way of life. Even vexed social and religious questions are ethically resolved by mutual negotiations, not civil war. On November 17, 1869, Varanasi saw a public debate on idol worship between Dayananda Saraswati and 300 pundits. In Bengal, a campaign opposed to widow remarriage by Radhakanta Deb received the overwhelming support of 38,789 signatures, while Ishwarchandra Vidyasagar could get only 987 signatures.

Numerical strength is not the sole criteria of our democracy. It is bracketed with morality. The Indian republic is based on a consensus-building model derived from our own historical legacies. In his classic work Hindu Polity, K P Jayaswal (1881-1937) said, “the test of polity is its capacity to live and develop, and its contributions to the culture and happiness of humanity. Hindu polity judged by this test will come out very successfully”.

The journey of the Indian republic post-Independence shows fundamental differences between Jawaharlal Nehru’s and Narendra Modi’s concepts of modernity. Nehru advocated egalitarianism and radical social and economic reforms, though the cultural themes of ancient India were largely missing. However, these could not be eroded from our memories and way of life. Congress leader Kamalapati Tripathi, while debating in the Constituent Assembly about whether India or Bharat or Bharatvarsha should be the nomenclature of our nation, aptly said, “There is no other country which has been able to preserve its name and genius, after undergoing repression… and prolonged slavery.”

It is this characteristic which gives our republic strength. In post-Independence India, the masses used their veto whenever hydra-headed statism emerged. So, the Emergency imposed by Indira Gandhi in 1975 got a befitting response from the people. Unlike in Western democracies, binaries are considered avoidable in India. Extremes get limited space. And so, the advocacy of violence by the Naxals or Naga militant groups has not led to subversive action by the state but democratic dialogues. One of the most active participants in the Constituent Assembly was Damodar Swarup Seth, who criticised the very basis of the composition of the Constituent Assembly as unrepresentative of the Indian masses. He, however, received a serious response in debates. Even embarrassing moments were dealt with forthrightly. The proposal of H V Kamath, Mahavir Tyagi and M Thirumala Rao to mention god in the Constitution was harmoniously put to vote. The debate ended with advice by a member that “it was unfortunate to put god to vote”. Moreover, Govind Malaviya’s insistence on mentioning Gandhi in the Constitution was opposed by ardent Gandhian J B Kripalani.

This legacy is increasingly being eroded by our elites and intellectual leadership. For decades, a delusion was manufactured that the roots of modern political institutions were European. Nehru’s concept of modernity shared it. In 1931, K C Bhattacharya in his Ashutosh Memorial Lecture had advocated the liberation of thought from the domination of the West, which he called a “swaraj in ideas”.

Editorial |This Republic Day: The tableau and the tractor both underline the significance of talking to the public rather than talking down to them.

PM Modi’s New India accomplishes this unfinished project of the decolonisation of ideas. His speeches are absolutely free of Eurocentrism. He proclaims something which remained suppressed under the despotism of Nehru’s modernity: “Democracy in India is about life values, it is the way of life and the soul of the nation. India’s democracy is a system developed through centuries of experience. From time to time, the systems and processes changed, but democracy remained the soul. And, ironically, today, India’s democracy is explained to us by the Western countries. When we codify our democratic history with confidence, the day is not far away when the world will also say: India is the mother of democracy.”

The republic blossoms when its leadership shows genuine conviction in a diversity of ideas. The decline of republican spirit in the Congress and the suppression of diverse views resulted in it losing the faith of the masses.

The republic’s continuity and evolution are ensured only when vibrant ideas remain at the centre of politics. An example from our history is a message to contemporary democracies. Ajatashatru, the king of Magadha, wanted to destroy the Vajjian confederacy and sent a minister to the Buddha to seek his advice. Rather than answering directly, Buddha said to Ananda, his closest disciple, “Have you heard, Ananda, that the Vajjians hold full and frequent public assemblies?” He replied: “Lord, yes I have heard.” “So long, Ananda, the Vajjians hold these full and frequent public assemblies … may they be expected not to decline, but to prosper.”

The old inequality has been addressed by PM Modi in an unparalleled manner, leading to financial inclusiveness of millions. However, democracies across the world may face a tough time due to global capitalism masked as neoliberalism, which creates competitive frustrations. The state faces the burden of fulfilling aspirations through private capital which controls public resources. This new inequality is the biggest challenge for democracies, including the Indian republic.

This article first appeared in the print edition on January 26, 2021 under the title ‘Past continuous’. The writer is a BJP Rajya Sabha MP

Budget 2021 must push for women-led development and economic recovery 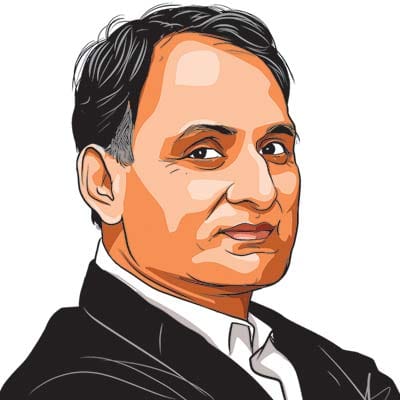