What is disturbing is that in the middle of the current crisis some are now calling for a massive downsizing of the PDS and a shift to cash transfers in place of foodgrains. 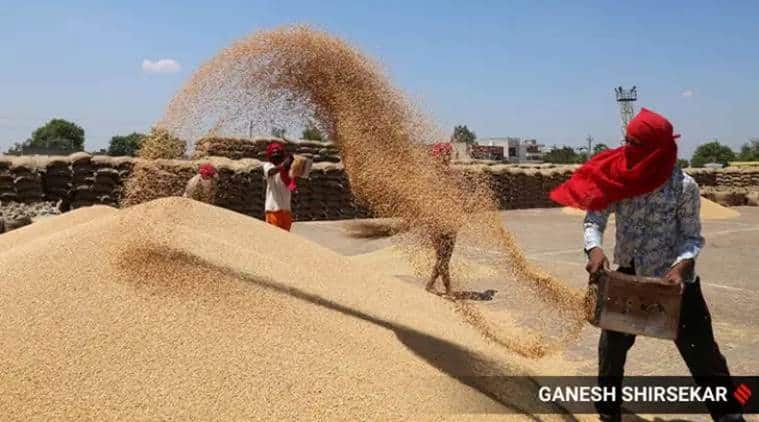 Despite gaps, the PDS is one of the most effective instruments to reach people in the current situation. (File photo)

The Public Distribution System has played an important role in providing relief to people in the aftermath of the national lockdown. With COVID-19 cases increasing and the economy continuing to be in a downturn, some corrective measures need to be put in place to ensure that there are no exclusions and that this basic support of subsidised foodgrains reaches everybody preventing large-scale hunger and starvation. Despite gaps, the PDS is one of the most effective instruments to reach people in the current situation. The COVID-19 survey conducted by the Azim Premji University found that during the lockdown, 89 per cent of rural and 69 per cent of urban respondents reported that they were able to get foodgrains from a government ration shop compared to only 30 per cent of households saying that they received the Jan Dhan transfer.

Under the National Food Security Act (NFSA), about 60 per cent of the current population has priority ration cards while some states such as Tamil Nadu, Andhra Pradesh and Telangana have additional coverage which they support through their own budgets. Providing an additional 5 kg of foodgrains and 1 kg of pulses for free under the Pradhan Mantri Garib Kalyan Anna Yojana (PM-GKAY) was only for the 81 crore individuals who are currently covered by the NFSA, and later as part of the Atmanirbhar package, another 8 crore migrants have been included. However, there are still many who are left out of the food security net. Just to fulfil the NFSA requirement of 67 per cent, the updated population estimates of 2020 must be used in place of the current 2011 numbers. Moreover, in the present crisis where many have lost their livelihoods, the requirement would be much more. Unfortunately, the government has not made the PDS universal. There is no announcement of extending the relief measures from July onwards, ignoring the continuing despair in rural and urban areas.

What is disturbing is that in the middle of the current crisis some are now calling for a massive downsizing of the PDS and a shift to cash transfers in place of foodgrains. This debate has been going on for some time, and such a policy direction has also been reiterated in the Economic Survey 2019-20 to reduce the fiscal burden posed by the food subsidy. It is to contain the fiscal deficit that the government is reluctant to expand the PDS despite burgeoning stocks. Cash transfers are an important form of welfare provision, especially through schemes such as old age, widow and disability pensions and maternity entitlements. The amounts given under these transfers are woefully inadequate. But to argue for the PDS to be replaced by cash transfers would be erroneous and misplaced in the current context.

First, the FCI finances are indeed in a mess with an outstanding loan of over Rs 2.5 lakh crore from the National Small Savings Fund (NSSF). But this is entirely a result of mismanagement and off-budget accounting by the government to show a lower fiscal deficit. This comes at the cost of the sustainability of the FCI, which has already paid for the grain it has procured. In fact, a perusal of the data shows that the actual food subsidy and the NSSF loan combined still accounts for less than 1 per cent of the GDP per annum. Excluding the off-budget borrowings, the food subsidy in the last three years is between 0.53 and 0.59 per cent of GDP, much less than what it was in the years preceding NFSA when it was between 0.8-0.85 per cent. Therefore, it is not entirely true that the food subsidy is increasing at an exponential pace.

Second, there are several issues with replacing PDS with cash transfers. Cash transfers cannot be a substitute for the provision of subsidised foodgrains. There are a higher number of fair price shops than bank branches and although most people now have a bank account, many of these accounts are dormant and the transaction costs of withdrawing the cash are high. Going by the experience of other cash transfer schemes in India, it can be safely said that these will not be inflation-indexed and thus their real value will keep decreasing, which is not the case with food transfers. There are also fears that if there is no distribution mechanism in place, then the amount of foodgrains procured will also be reduced, which would mean that fewer farmers would be able to access minimum support prices.

Opinion | In post-Covid world, growth of business must not be at expense of societal well-being

Withdrawing the PDS is also not favoured by state governments. Since the NDA came to power, it has tried repeatedly to pressure states to shift to cash transfers. The fact that no state was forthcoming, and the central government finally managed to initiate DBT in PDS only in Chandigarh, Daman and Diu and Puducherry says something. In Puducherry, following local protests, its share in PDS was converted back to an in-kind transfer in a few months.

These debates can continue, but it is absolutely unethical to have stocks lying in public godowns while people are going hungry. Currently, there are more than 100 million tonnes in the FCI godowns, more than enough to meet the present NFSA requirements for a year. With the next kharif harvest in five months, the government is running out of storage space. The last time there were such high stocks in the godowns, in 2001-02, they were given away at BPL prices to exporters while many parts of the country were facing hunger and starvation. We are yet again faced with a situation of excess stocks and people in distress. Unfortunately, it seems like we will once again make the same mistakes.

This article first appeared in the print edition on June 26, 2020 under the title ‘A time to universalise PDS’. The writer teaches at Ambedkar University Delhi. 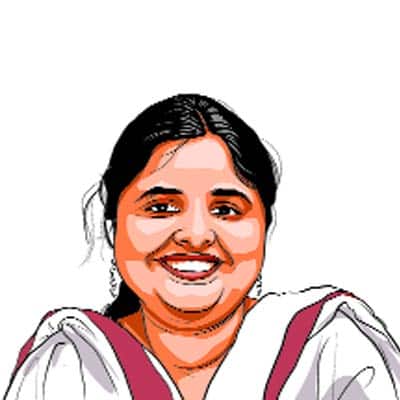