Menaka Guruswamy writes: India’s drafters and the methodologies they adopted to craft their glorious product, hold lessons for contemporary politicians and lawmakers. Consensus, craft and vision are invaluable while making an enduring instrument As the legal historian Rohit De writes, the Constitution, had its inspiration in sources like Tilak’s Swaraj Bill of 1895 and the Declaration of Rights of 1918. (Illustration by CR Sasikumar)

Also by Menaka Guruswamy |For solutions to Delhi’s bad air problem, we need to look at governments, and voters, not courts

It was written under extraordinarily difficult conditions: The partition of India which resulted in the displacement of millions of people on both sides of the border. Partition was accompanied by mass deaths, devastation, violence, and brutality. Amid all this, as refugees flowed into Delhi, our dual-purpose assembly — a parliament by morning and a constituent body in the afternoon drafted our enduring founding instrument. One that would remain relevant not just for the turbulence of that present, but also would be meaningful for future generations to come.

Why must a people submit to a constitution? Richard Kay writes that a people would submit to a constitution, when the constituent assembly crafts a narrative about the creation of the body that is both politically acceptable and historically plausible. It’s not only the text, but also the story crafted of the birth of a constitution that is critical in the internalisation of a constitutional order by a people. The drafters deployed the considerable political goodwill enjoyed by key national leaders who were members of the assembly to give legitimacy to the Constitution. These told a story of how the Constitution reflected the will of the people, and how its egalitarian foundation would create a better, more decent nation.

Also in Express Opinion |This Constitution day, celebrating the document, the common man and the trustworthy relationship therein

As the legal historian Rohit De writes, the Constitution, had its inspiration in sources like Tilak’s Swaraj Bill of 1895 (which included rights to free speech, free press, equality before law) and the Declaration of Rights of 1918 (where the Indian National Congress demanded that civil and political rights to include the right to life and liberty, freedom of press and association and for all this to be included in the Government of India Act 1919).

De also writes of another instance of this sort of constitutional development that drew from the Resolution of Fundamental Rights and Economic Changes at the Karachi Session of the Congress in 1931. This resolution argues that “in order to end exploitation of the masses, political freedom must include economic freedom”. Along with fundamental rights, it provided for ending of bonded and child labour, free primary education, expansion of labour welfare, regime protection labour unions, women workers, providing for redistribution of resources through state control over key industries and national resources, recognising the communal problem and laying out protection of minority rights. All these demands would find their way into Part III (Fundamental Rights) and Part IV (Directive Principals of State Policy) of the Constitution. Importantly, Rothmund and De demonstrate through their works that our Constitution is not just a reproduction of the Government of India Act, 1935.

Perhaps it was also the consensus-oriented method that found favour with the Constituent Assembly that has helped our Constitution endure. Hanna Lerner writes that the framers appreciated the link between consensus in adoption and the legitimacy of the Constitution. For instance, when debating the adoption of Hindi as a national language, Rajendra Prasad, president of the Constituent Assembly, said that the choice of national language would have to be “carried out by the whole country”. And that even if a majority of the Assembly made a choice that was not approved by a section of the people, then, implementation of the Constitution would be rendered perilous. Hence, Hindi was made “the official language of the Union”, while English was retained to be used for all “official purposes”.

Yet, while the drafters opted for compromise and consensus in some areas, they made bold choices on others. For instance, breaking down traditional privileges like the abolition of princely states and royal titles, and crafting the country as a democracy based on universal adult franchise, and ending discrimination on grounds of caste, or sex or religion.

India’s drafters and the methodologies they adopted to craft their glorious product, hold lessons for contemporary politicians and law makers. Consensus, craft and vision are invaluable while making an instrument to endure. Happy Constitution Day to all of us dear readers. Cherish our founding document, for it is truly rare, and do not take its endurance for granted. 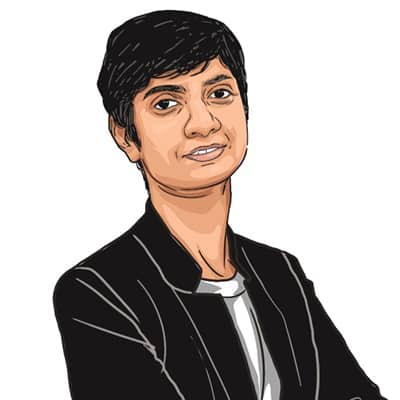 Menaka GuruswamyThe writer is a senior advocate at the Supreme Court of India.... read more