India has promoted regional cooperation in South Asia in a spirit of generosity, without insisting on reciprocity 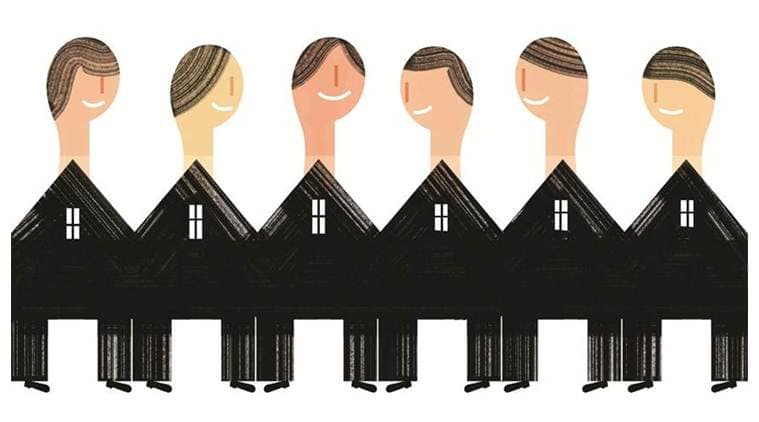 Mahinda captured the sentiment well in a tweet on February 8: “PM @narendramodi’s ‘Neighbourhood First’ policy is much appreciated & has led to a stronger relationship btw our nations”. (Illustration: C R Sasikumar)

The visit of Sri Lankan Prime Minister Mahinda Rajapaksa to India in February marked the beginning of a new chapter in ties with a friendly neighbour, one with which India has close historical bonds straddling culture, religion, spirituality, art and language. More relevantly, there is a growing convergence against terrorism following the Easter attacks in Sri Lanka last April. Several infrastructure projects, direct flights between Chennai and Jaffna, resumption of ferry services, India’s new lines of credit and construction of houses for the internally displaced, homeless and landless people, are indicative of a new warmth in relations. That both Mahinda Rajapaksa and his brother President Gotabaya chose India as the destination for their first overseas visits after assuming office bodes well.

Mahinda captured the sentiment well in a tweet on February 8: “PM @narendramodi’s ‘Neighbourhood First’ policy is much appreciated & has led to a stronger relationship btw our nations”. There is deep appreciation in Sri Lanka for the free emergency services provided through 280 ambulances gifted by India, now operational in eight of the country’s nine provinces. There are much better prospects today for tri-lateral cooperation between India, Japan and Sri Lanka in the development of the East Container Terminal at Colombo port and the proposed joint development of the Trincomalee oil storage tanks.

After the general elections last year, PM Modi’s first foreign visit was to the Maldives in June 2019, to establish warm and friendly relations with President Ibrahim Solih, who has done much to promote closer relations with India through his “India First Policy”. India was the first country that Solih had visited in December 2018, a far cry from his predecessor Abdulla Yameen’s brazen anti-India slant. Soon after assuming office, Solih’s government annulled a controversial 2015 law that was meant to allow foreigners, particularly from China, to arbitrarily own islands. The inauguration during Modi’s visit of two projects worth Rs 180 crore — the Coastal Surveillance Radar System and the Composite Training Center of the Maldivian National Defence Forces — has deep significance for the success of India’s neighbourhood policy. India’s offer of lines of credit worth about $800 million and other capacity-building projects for water supply and sewerage are strong planks in our economic ties. Terrorism and radicalisation are subjects of common concern.

The agreement to restart the tri-lateral DOSTI naval exercise as also the tri-lateral NSA-level dialogue between India, Maldives and Sri Lanka lay the ghost of the Yameen era to rest.

There are abundant signs of a fresh commitment by India to the neighbourhood in Modi’s second term. In September last year, India and Nepal jointly inaugurated South Asia’s first cross-border petroleum products pipeline from Motihari in India to Amlekhgunj in Nepal. PM K P Oli himself acknowledged that the key connectivity project, which will provide Nepal with cleaner petroleum products at affordable cost, was completed well ahead of schedule, giving the lie to the notion that India’s project delivery is tardy. India is also prioritising the rebuilding of houses in Gorkha and Nuwakot districts, with “Build Back Better” as the guiding principle in keeping with Modi’s clarion call for a Coalition for Disaster Resilient Infrastructure (CDRI).

Geography plays a determining role in creating inter-dependence. Even as Nepal, like other South Asian countries, seeks closer ties with China, there is a much better appreciation today that India’s role as a key economic and developmental partner is unique and indispensable.

India’s relations with Bangladesh under Modi and Sheikh Hasina have evolved into a model partnership, consolidated by high-level exchanges, mutual trust and enhanced cooperation on security matters. Incidents of border firing, though rare, have an adverse fall-out on public perception and need to be handled with sensitivity. The India-Bhutan friendship runs deep, with growing cooperation in the vital hydro-power sector providing it a fresh impetus. Notably, the centrepiece Mangdechhu project (750 MW) was completed on schedule last year. The introduction of the RuPay card in Bhutan and elsewhere in the neighbourhood will further cement economic and people-to-people ties. When India shortly hands over to Myanmar the INS Sindhuvir, a Kilo Class submarine, it will propel security cooperation to a higher pedestal. Close coordination with Myanmar was evident earlier in the cross-border strike on insurgents by Indian forces in 2015.

Opinion | C Raja Mohan writes: With Sri Lanka, Delhi must be seen as a friend of all communities

Modi’s neighbourhood policy is predicated on his “sabka saath, sabka vikas” vision for inclusive growth, development and prosperity. South Asia has 1.8 billion people and a combined GDP of nearly $3.47 trillion, with India’s economy the largest by far. South Asia has great potential but has been held back by Pakistan, which has not only denied India and Afghanistan the overland transit route for trade, but has also thwarted Modi’s efforts to place at centrestage the common struggle against poverty, illiteracy and natural disasters. It has held to ransom cooperation within SAARC by raising extraneous matters, perpetuating terrorism and rejecting the ineluctable logic of intra-South Asian trade, which remains abysmally poor. Islamabad decided to opt-out of the SAARC satellite project proposed by Modi, and it was finally launched in 2017 without Pakistan’s participation. Pakistan also played the role of a spoiler at the 18th SAARC Summit in November 2014, preventing progress on the proposed Motor Vehicle Agreement for the regulation of passenger and cargo vehicular traffic amongst SAARC member states.

Pakistan’s intransigence on connectivity impairs Afghanistan’s ability to link up with other countries in South Asia. The air corridor between India and Afghanistan cannot cater to the full potential of trade ties. Recent tensions between the US and Iran have cast a shadow on the sustainability of Chabahar port as an alternative maritime supply route to Afghanistan at a crucial juncture in its history. India’s proactive role in recent years in building much-needed infrastructure and capacities in Afghanistan is widely recognised. Defence cooperation too has deepened under Modi, with India dropping its traditional coyness in such matters. Much more may have to be done, though, to help Afghanistan achieve stability through economic prosperity. Afghanistan’s true destiny lies with South Asia.

India’s Foreign Minister S Jaishankar has underscored some key aspects of the Neighbourhood First Policy in Modi’s second term. He spoke of India’s willingness to respond to security challenges with new grit and to be an enthusiastic responder in providing humanitarian assistance and conducting disaster relief operations in Nepal, Sri Lanka, the Maldives and the extended neighbourhood. Even more important is the steady progress made by India to expand developmental assistance and improve project execution based on collaborative partnerships.

The stasis in SAARC is entirely due to Pakistan’s recalcitrance. Even so, between 2014 and 2018, India’s developmental assistance to six South Asian countries was over Rs 21,100 crore. BIMSTEC, the other regional grouping, has done well. In February this year, delegates and rescue teams from India, Bangladesh, Nepal, Sri Lanka and Myanmar enthusiastically participated in disaster management exercises conducted at Ramachandi Beach at Puri in Odisha. The signing of the MoU on BIMSTEC Grid Interconnection at the fourth BIMSTEC Summit, attended by all seven nations in Kathmandu in August 2018, provides a fillip to cross-border electricity trade.

India’s focus on BIMSTEC and its Act East Policy have served to highlight India’s key role in promoting cooperative growth and development in several parts of South Asia. In a world increasingly characterised by a “my country first” approach, India has endeavoured to harness the impulse for regional cooperation in a spirit of generosity, without insisting on reciprocity, to realise Modi’s motto of Security And Growth For All In The Region (SAGAR).

If Pakistan were to shed its fetish for terrorism and malevolence, it too might join others one day as a responsible actor in regional cooperative efforts aimed at fulfilling the Sustainable Developmental Goals (SDGs), particularly eradication of poverty and hunger, and ensuring health, education, clean water, energy, gender equality and employment for South Asia’s teeming millions by 2030.

This article first appeared in the print edition on February 21, 2020, under the title ‘Putting neighbours first’.

The writer is director-general of the Manohar Parrikar Institute for Defence Studies and Analyses, New Delhi. Views are personal

Disappointing as Kejriwal’s silences may be, AAP succeeded in Delhi because it has a programme