To be a catalyst for growth, financial inclusion must also be commercially viable. The opening of more than 11.5 crore bank accounts under the Jan Dhan Yojana (JDY) in less than a year is no doubt a tremendous achievement.

It has been nearly 10 years since the term “financial inclusion” started gaining currency in Indian banking. Today, financial inclusion is a global buzzword and part of the Millennium Development and G-20 Goals.

The achievements over the last 10 years have been considerable. There has been an increase in banking access points (through physical branches, business correspondents, mobile phones and the internet) and the use of technology-driven solutions and intermediaries for scaling up. “Know your customer” rules have been simplified, facilitated by Aadhaar, and there have also been phenomenal improvements in the payment systems. The opening of more than 11.5 crore bank accounts under the Jan Dhan Yojana (JDY) in less than a year is no doubt a tremendous achievement.

The three social security schemes launched by the government — the Atal Pension Yojana, Pradhan Mantri Suraksha Bima Yojana and Pradhan Mantri Jeevan Jyoti Bima Yojana — are aimed at providing security in old age as well as accident and life insurance. They have been designed in a way that is simple to understand and lend depth to financial inclusion. These policies do not have any element of subsidy, which makes them sustainable. Handholding JDY customers to enrol in these schemes will be a singular service that bankers could perform for society. Another initiative is the Mudra (Micro Units Development Refinance Agency) Bank. To start with, it will be a subsidiary of Sidbi (Small Industries Development Bank of India) and is intended to enhance credit access for small entrepreneurs in the unorganised sector. But in order to be a catalyst for inclusive growth, financial inclusion has to be viable and sustainable.

The decision to move towards transferring subsidies and entitlements directly to beneficiaries’ bank accounts is welcome. However, banks must be fully reimbursed for the cost of such transactions — capital and operational expenditure — if they are to be sustainable. From the perspective of the poor, the benefits of using such accounts should outweigh the costs of accessing them. Mobile technology has penetrated rural areas and e-commerce is growing by leaps and bounds. However, mobile banking has not grown in the same way. This is something that needs to be given a push, as part of sustainable financial inclusion.

Currently, cash dominates the payments system. The cost of moving and storing cash is huge. We need to move towards becoming a “cash-lite” economy. The use of mobile phones for payments, e-wallets as well as swipe and contactless cards is the way forward but there have to be incentives to go there. There are worries that becoming part of the electronic payments system may trigger roving enquiries from investigative authorities. How can we incentivise e-payments and e-money? Some innovative thinking is clearly called for. Simultaneously, cash management systems have to be made more efficient.

Financial inclusion can emerge as a profitable opportunity only if banks are able to mobilise savings. A popular misconception is that the poor do not save. Field evidence indicates the exact opposite. The poor are borrowing as well as saving. Huge amounts of savings, mostly from the poor, are mobilised by fly-by-night operators and are vulnerable to loss. Banks need to woo the low-income customer who has taken to the mobile phone in a big way. But they need appropriate products that can be easily understood and accessed with little documentation. Usage can be facilitated through visual and pictorial methods. ATMs should be more user-friendly and employ audio-visual communication methods. Business correspondents are a huge help for customers who are not used to formal banking and can be a win-win delivery model if appropriate incentive structures are worked out.

Meaningful financial inclusion can only take place when loan products are offered. But there is some reluctance to do this. Why? First, there could be attitudinal reluctance to lend to the poor. Second, it is perhaps the case that returns on these loan products are not sufficient to compensate banks for the fund, transaction, risk and capital costs. Are there apprehensions in the minds of bankers, especially in the public sector, that if sustainable rates of interest were to be charged, it would not be politically acceptable? There could also be concern about the recovery of such loans.
For the microfinance sector, RBI guidelines specify that interest rates should not exceed the  cost of funds plus margins of 10 per cent or 2.75 times the base rate of the five largest commercial banks, whichever is lower. This implies interest rates of 22 to 28 per cent for the borrower.

So what is the appropriate and reasonable rate for financial-inclusion loans that commercial banks can charge? Due to economies of scope and scale in commercial banks, the break-even rate of interest, to cover costs and risks and leave them with small profits, would probably be between 18 and 22 per cent. This would incentivise them to invest in scaling up operations and compensate business correspondents better as well as allow them to invest in credit-plus services such as financial literacy and capacity building.

Timely and adequate availability of credit is more important than its cost. Unless there is a change in public policy perceptions that loans to the poor have to be at very low rates, financial inclusion can never be sustainable. It is well known that the poor currently access informal markets at rates ranging from 36 per cent (for collateralised loans) to 120 per cent for non-collateralised loans. In this context, so long as commercial banks are transparent about their rates of interest, there should be public acceptance of their charging commercial rates that cover their costs and leave some margin. Rates of 18 to 22 per cent per annum should not be regarded as usurious.

Another concern of banks is loan recovery. Risk-mitigation products like insurance will help in better recovery and more such products need to be devised. In general, the poor fail to repay loans only when they are struck by calamity. The government should not announce write-offs and should actively promote a credit culture.

Follow Me if You Can: Photographer’s unique picture travelogue makes waves 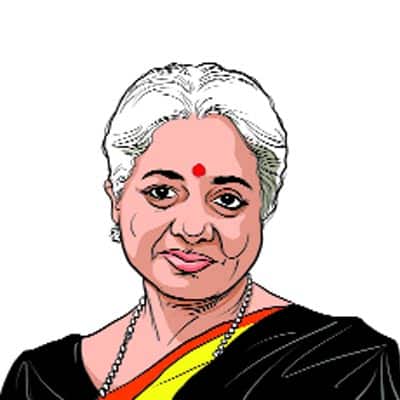 Usha ThoratThe writer is a former deputy governor of the Reserve Bank of India.... read more