In the conversion noise, the silence

The law must recognise the Scheduled Caste status of those who may not be Hindu.

Let me start on a personal note. I am seeking funds for my doctoral research and am tempted to apply to government schemes for Scheduled Caste (SC) scholars. There is just one problem: I do not have an SC certificate. Long ago, my Dalit parents decided not to get SC certificates for their children. They did this because they did not want their children to suffer from the stigma that comes with the SC status. This decision came at a price — it meant I could not avail caste-based quotas or reservations in education and employment.

It has been difficult and I continue to grapple with this decision. On the one hand, I have developed a strong sense of self-confidence and pride in my Dalit identity. On the other, with a disclosure of my caste identity, it is often presumed that I must have availed of reservations. If I clarify to the contrary, I appear to be an apologist for reservations; if I do not clarify, I am susceptible to the very stigma from which my parents tried to shield me.

Even if I do not make an explicit disclosure, my Dalit identity is disclosed in my surname, Baudh. My father adopted this surname in response to rampant caste-based discrimination. He used to make frequent business trips to Jhunjhunu, Rajasthan, and the lodge-keepers there would always ask him his caste. They would not allow him to stay in their lodges only because my father was Dalit. This changed after he embraced Buddhism and adopted the surname Baudh.  Lodge-keepers would still ask him his caste and my father would now
say “Buddhist”. This declaration would discourage lodge-keepers from inquiring further into my father’s caste and they would allow him to stay. Inspired by such experiences, I took the surname Baudh in my early 20s.

Now, in my late 30s, I must revisit my parents’ decision to not get an SC certificate for me. My decision to apply for funds as an SC scholar will require legal certification that I am SC. I can get this certification because I am Buddhist, but I would not have been able
to get it if I were Muslim or Christian. Dalits who profess Christianity or Islam are denied the SC status. According to the Constitution (Scheduled Castes) Order, 1950, “no person who professes a religion different from the Hindu, the Sikh or the Buddhist religion shall be deemed to be a member of a Scheduled Caste”. So, while non-Hindu Dalits who profess Sikhism or Buddhism can avail the legal status of SC, the same is not available to Dalits who profess Christianity or Islam. Let us pause for a moment and set aside my personal decision on  whether to get an SC certificate or not.

“Conversion” is an incorrect framing of the legal issue at hand. The resulting demand for an anti-conversion law is just as misplaced. The real legal issue is the systemic discrimination caused by the Constitution Order. It forces many Dalits to formally identify as Hindu, Sikh or Buddhist, only because they are afraid of losing their legal status of SC. It might be an inducement for Dalits to profess Hinduism. A Dalit family in Alappuzha, Kerala, has said in so many words that they “converted for quota benefits”. Everyone should be free to profess any religion of his or her choice without fear or inducement. Instead of creating a controversy over a new anti-conversion law, the government must make an urgent assessment of the implicit inducement and systemic discrimination caused by the Constitution Order.

The usage of “conversion” is discursive, vague and misleading. It assumes a prior religious denomination. For example, my father did not “convert” to Buddhism because there was nothing to convert from. He never formally professed any religion, apart from occasional celebration of the popular Hindu festival Diwali.  “Conversion” undermines the agency of so-called converts to choose their religion. A more suitable word would be profess or embrace. The alternative usage of ghar wapsi (homecoming) is similarly presumptuous and wrong. If there was ever any ghar (home), the Hindu caste order and the practice of “untouchability” never allowed Dalits in it. Ghar wapsi is paradoxical and offensive because “untouchable” Dalits are intentionally, systematically, violently and forcefully kept outside the so-called ghar.

In a homecoming of my own, I return to my personal decision on whether to get an SC certificate or not. While I am pleased to know that I can avail SC quotas, I am doubtful of the Constitution Order that favours me over other non-Hindus. I smell a rat. Am I being assimilated into Hinduism? I begin to understand the powerful inducement of this Constitution Order. I am tempted, but I choose to resist. A legal provision that discriminates blatantly on the grounds of religion cannot be right. I refuse to identify with Hinduism through a caste status and certification that was rejected by my parents. I understand and respect their decision and accept it as my own. I stand in solidarity with those Muslims and Christians who are legally denied their SC status. The Constitution Order is discriminatory and divisive of religious minorities. I choose not to avail SC quotas and reservations that are unavailable to others who deserve them.

I do not position myself as a model Dalit. Nor do I endorse this position to other Dalits. I just wish religious practice and beliefs would not be held hostage to or compromised by discriminatory laws. The law must recognise the SC status of all those who are not Hindu.

The writer is at the University of California, Los Angeles School of Law

Letters to the editor: Subtle violence 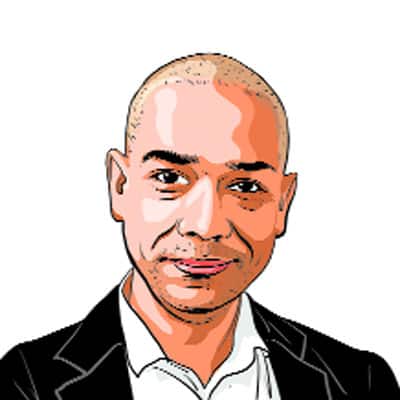 Sumit BaudhThe writer is a doctoral candidate at University of California, Los An... read more