In defence of the individual

That an individual can source divinity within herself was unimaginable for religious institutions. But for the institution of the nation state, the individual remains as suspect. 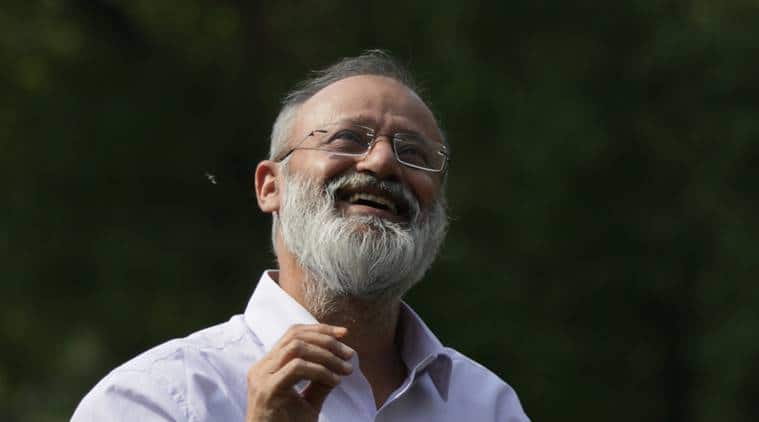 The recent order of the NBSA penalising a popular TV channel for misrepresenting the poet Gauhar Raza restores his dignity and integrity which the channel felt free to play with. (Express Archive)

The recent order of the National Broadcasting Standards Authority (NBSA) penalising a popular TV channel for misrepresenting the poet Gauhar Raza in its news bulletins is significant in many ways. It restores to Raza his dignity and integrity which the channel felt free to play with. But it has larger implications for the question of individual liberty in a democracy like India. It leads us to think about the role of institutions in ensuring that an individual can hold her head high when pitted against the most sacred deity of our times — the nation. This order is also important in times when an individual with a public face is destined to be the representation that the media decides to make of him.

The Shankar-Shad Mushaira, an iconic cultural event held annually in Delhi featuring poets from Pakistan and India, was called a mushaira of a gang of Afzal lovers. Raza was dubbed as a supporter of those who seek to break the nation. His fault? He had dedicated one of his nazms, written much earlier, to Rohit Vemula and had mentioned Kanhaiya Kumar while reciting another poem.

JNU academic Nivedita Menon was portrayed by the same channel as a professor teaching anti-nationalism to her students. In its repeat telecast focusing on Menon, the channel kept asking its viewers to decide for themselves what to do with such professors. It was not difficult to sense the violence it hid. Away from Delhi, Rajshri Ranawat of the Jai Narain Vyas Jodhpur University was declared a collaborator of anti-nationals by newspapers in Rajasthan for having dared to invite the “anti-national” Menon to a seminar. Close to Delhi, Snehsata Manav of the Central University of Haryana, Mahendragarh, was similarly denounced as an anti-national for having staged a play, based on a short story by Mahasweta Devi, criticising the security forces.

That an individual can source divinity within herself was unimaginable for religious institutions. But for the institution of the nation state, the individual remains suspect as well. It was thought that modernity coupled with democracy would automatically establish the primacy of the individual. That has not happened. The idea of the individual still remains hazy. Not only does the idea need constant clarification and interpretation, it also needs to be practised unceasingly and visibly. Who can do it? Who has the resources to work on it?

Capitalism, according to Marx, robs a person of her individuality. How can one assert her individuality when her abilities to hear, see, taste, touch, see, speak, think, imagine or create remain at their crudest? A majority of people are not allowed to evolve these faculties because the resources essential for growth are denied to them. The idea of individuality remains alien to them. Marx was critiquing the political economy. But we have seen that the enslavement of the self also takes place in various other ways. Put slightly simplistically, the nation state has become an agency of the economy to subjugate the self. After religion, it is the nation at the altar of which people are willing to sacrifice their selves.

But the call of individual autonomy remained powerful. It means a person is not merely a serviceable entity, either for the economy or for the nation state. She can choose to distance or withdraw from them, and even try to create greater space for herself.

However, the idea of the autonomy of the self or the individual is so difficult that even after 70 years of being a practising democracy, the Supreme Court — in its verdict on privacy — had to remind not only the state, but the people as well, that individuals are not the creatures of the state. What the Court told us sounds strange to a lot of common people: Nobody can tell me that I have to salute the tricolour or keep the national anthem on my lips to claim legitimacy. My words, my colour, my tastes, my affection cannot be dictated by an agency outside me.

For the Court to deliberate on it, the idea of individuality had to be refined by education, literature, art, and science. Teachers, poets, writers, artists, scientists have an enviable opportunity and luxury to practice individuality which is simply not available to everybody. It is natural that they are difficult to understand. It is therefore also easy to dub them as enemies of the people. Their ideas appear threatening or keep challenging people, asking them to break out of their lazy nationalist, or socialist, shell to discover and fashion their selves.

It is also not difficult to see why in the last three years, the idea of an autonomous individual has been mercilessly assaulted. Constitution-makers had devised institutional mechanisms to assist individuals against such assaults. An individual lives only when these institutional processes function properly.