As a Christian, suddenly I am a stranger in my own country, writes Julio Ribeiro

And, as a Christian, suddenly a stranger in my own country. 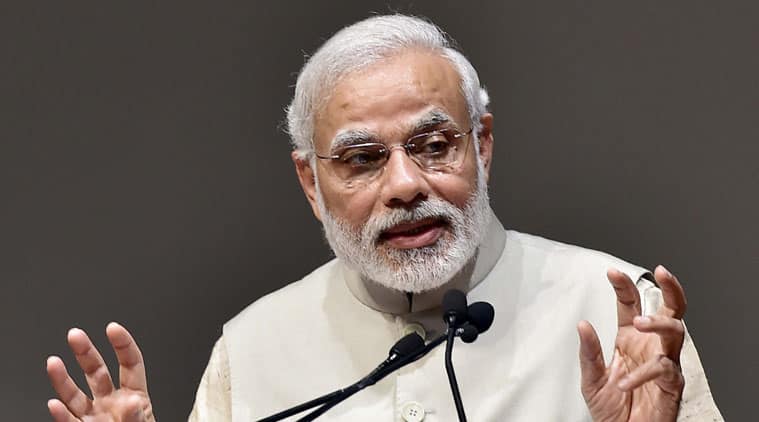 Is it coincidence or a well-thought-out plan that the systematic targeting of a small and peaceful community should begin only after the BJP government of Narendra Modi came to power last May?

There was a time, not very long ago — one year short of 30, to be precise — when only a Christian was chosen to go to Punjab to fight what then Prime Minister Rajiv Gandhi termed “the nation’s battle” against separatists. I had accepted a “demotion” from secretary in the Union home ministry to DGP of the state of Punjab at the personal request of the prime minister.

Then home secretary, Ram Pradhan, and my dear friend, B.G. Deshmukh, then chief secretary to the government of Maharashtra, were flabbergasted. “Why did you accept this assignment?” they asked. The same question was put to me over the phone by then President Zail Singh. But Arjun Singh, the cabinet minister who personally escorted me by special aircraft from Delhi to Chandigarh, remarked that when my appointment was announced the next morning, the Hindus of Punjab would breathe more freely and rejoice. I presume Hindus would include RSS cadres who had been pinned into a corner by the separatists.

When 25 RSS men on parade were shot dead in cold blood one morning, then Punjab Governor S.S. Ray and I rushed to the spot to console the stricken families. The governor visited 12 homes, I visited the rest. The governor’s experience was different from mine. He was heckled and abused. I was welcomed.

Today, in my 86th year, I feel threatened, not wanted, reduced to a stranger in my own country.  The same category of citizens who had put their trust in me to rescue them from a force they could not comprehend have now come out of the woodwork to condemn me for practising a religion that is different from theirs. I am not an Indian anymore, at least in the eyes of the proponents of the Hindu Rashtra.

Is it coincidence or a well-thought-out plan that the systematic targeting of a small and peaceful community should begin only after the BJP government of Narendra Modi came to power last May? “Ghar wapsi”, the declaration of Christmas as “Good Governance Day”, the attack on Christian churches and schools in Delhi, all added to a sense of siege that now afflicts these peaceful people.

Christians have consistently punched above their weight — not as much as the tiny Parsi community, but just as noticeably. Education, in particular, has been their forte. Many schools, colleges, related establishments that teach skills for jobs have been set up and run by Christians. They are much in demand. Even diehard Hindus have sought admission in such centres of learning and benefited from the commitment and sincerity of Christian teachers. Incidentally, no one seems to have been converted to Christianity, though many, many have imbibed Christian values and turned “pseudo-secularist”.

Hospitals, nursing homes, hospices for dying cancer patients needing palliative care — many of these are run by Christian religious orders or Christian laymen devoted to the service of humanity. Should they desist from doing such humanitarian work for fear of being so admired and loved that a stray beneficiary converts of his or her own accord? Should only Hindus be permitted to do work that could sway the sentiments of stricken people in need of human love and care?

The Indian army was headed by a Christian general, the navy more than once, and same with the air force. The country’s defence forces have countless men and women in uniform who are Christians. How can they be declared non-Indians by Parivar hotheads out to create a pure Hindu Rashtra?

It is tragic that these extremists have been emboldened beyond permissible limits by an atmosphere of hate and distrust. The Christian population, a mere 2 per cent of the total populace, has been subjected to a series of well-directed body blows. If these extremists later turn their attention to Muslims, which seems to be their goal, they will invite consequences that this writer dreads to imagine.

I was somewhat relieved when our prime minister finally spoke up at a Christian function in Delhi a few days ago. But the outburst of Mohan Bhagwat against Mother Teresa, an acknowledged saint — acknowledged by all communities and peoples — has put me back on the hit list. Even more so because BJP leaders, like Meenakshi Lekhi, chose to justify their chief’s remarks.

What should I do? What can I do to restore my confidence? I was born in this country. So were my ancestors, some 5,000 or more years ago. If my DNA is tested, it will not differ markedly from Bhagwat’s. It will certainly be the same as the country’s defence minister’s as our ancestors arrived in Goa with the sage Parshuram at the same time. Perhaps we share a common ancestor somewhere down the line. It is an accident of history that my forefathers converted and his did not. I do not and never shall know the circumstances that made it so.

What does reassure me in these twilight years, though, is that there are those of the predominant Hindu faith who still remember my small contribution to the welfare of the country of our birth. During a recent trip to Rajgurunagar in the Khed taluka of Pune district to visit schools that my NGO, The Bombay Mothers and Children Welfare Society, had adopted, I stopped at Lonavla for idli and tea. A group of middle-aged Maharashtrians sitting on the next table recognised me and stopped to greet and talk. A Brahmin couple returning from Kuwait (as I later learnt) also came up to inquire if I was who I was and then took a photograph with me.

It warmed the cockles of my heart that ordinary Hindus, not known to me, still thought well of me and would like to be friends 25 years after my retirement, when I could not directly serve them. It makes me hope that ordinary Hindu men and women will not be swayed by an ideology that seeks to spread distrust and hate with consequences that must be avoided at all cost.

Letters to the editor 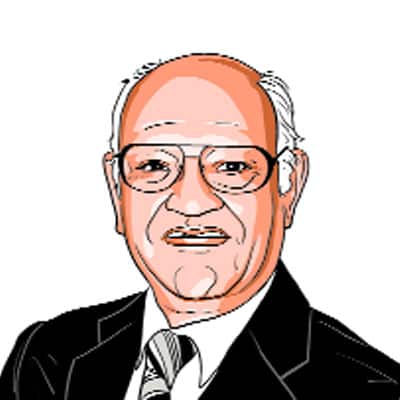