How to shock-proof India’s power sector

Shalu Agrawal and Karthik Ganesan write: The efficiency of thermal plants must be increased and regulators empowered to bring down losses Despite two decades of sectoral reforms, the aggregate losses of discoms stand at 21 per cent (2019-20). (File Photo)

In October last year, India witnessed significant power shortages stemming from the low inventory of coal at the power plants. After seven months, we are back to square one as reports of coal-shortage induced power outages across states continue to pour in. On the one hand, there is a rush towards buying expensive coal and power on the exchanges. On the other, states like Andhra Pradesh and Gujarat have asked industries to reduce consumption to manage the power deficit. As economic activity resumed after the Covid-induced lockdowns, the demand-supply mismatch for commodities such as coal widened globally, leading to a surge in prices. Geopolitical tensions have exacerbated the existing crisis. Amidst such unprecedented volatility, how can the Indian power sector become more resilient to future shocks?

Global supply disruptions due to the Russia-Ukraine conflict have sent coal prices touching historical highs. The cost of imported coal in India is expected to be 35 per cent higher in the fiscal year 2022-23 compared to the past year. Subsequently, power producers paid a premium of up to 300 per cent in March to secure coal supplies in the domestic spot market.

Even as coal stocks available with state thermal power plants fell, India also witnessed a sudden rise in energy demand in March — the hottest in its recorded history. This pushed peak power demand to 199 GW in the middle of March. The last week of March saw a 13 per cent higher demand over past year trends, accompanied by high electricity prices on the power exchange. This has left distribution companies (discoms) with two options: Procure expensive power, but face uncertainty in revenue recovery or resort to power rationing, as several states are doing.

The Ministry of Power has taken a host of measures to alleviate the crisis. This includes giving directions to ensure maximum production of coal at captive mines, rationing of coal to non-power sectors, and a price cap of Rs 12 per unit on electricity traded on exchanges. But we need to do more to enhance the sector’s resilience to such disruptions from exogenous factors.

First, create an enabling ecosystem to ensure power plants work efficiently. India has about 200 GW of coal-based generation capacity which accounts for nearly 70 per cent of the total electricity generated in the country. However, according to a CEEW assessment, a disproportionate share of generation comes from older inefficient plants, while the newer and efficient ones remain idle for want of favourable coal supply contracts or power purchase agreements. Revisiting fuel allocation and supporting the priority dispatch of efficient plants could help India reduce coal demand by up to 6 per cent of our annual requirement, and set aside more coal for the proverbial rainy day.

Second, enable discoms to undertake smart assessment and management of demand. We have advanced tools for medium- and short-term demand forecasting. However, few discoms have embraced these to inform their procurement decisions. With more than 90 per cent of power being procured through long-term contracts, discoms have little incentive to dynamically assess and manage demand. Introducing time-of-day pricing and promoting efficient consumption behaviour would help shave peak demand and avoid panic buying in the market.

Third, empower electricity regulators to help bring down discom losses. Despite two decades of sectoral reforms, the aggregate losses of discoms stand at 21 per cent (2019-20). This is reflective of both operational inefficiency and poor recovery of dues from consumers, including those affiliated with state governments and municipal bodies. These losses are also the reason for discoms not being able to pay the generators on time, resulting in payment delays to Coal India, which, in turn, is reluctant to supply coal on request. Besides the ongoing initiatives like introducing smart meters and network strengthening, empowering regulators would be critical to infuse payment discipline across the supply chain of the electricity sector and to keep cost recovery as a key metric.

Given the country’s development aspirations, India’s power demand is set to rise substantially and become more variable. Increasing climatic and geopolitical uncertainties underscore the need to become more efficient in the way we generate, distribute and consume energy. We need to act now for the long-term resilience of India’s power sector.

This column first appeared in the print edition on April 29, 2022 under the title ‘Shock-proofing power’. Agrawal is a Senior Programme Lead and Ganesan is a Director at the Council on Energy, Environment and Water CEEW, Delhi 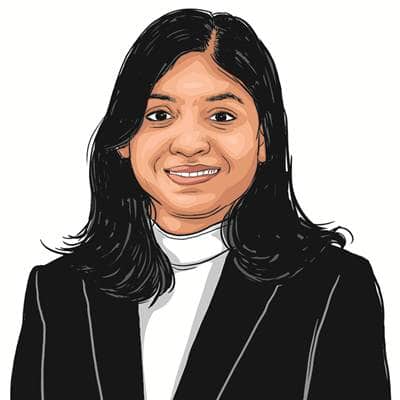 Shalu AgrawalShalu Agrawal Agrawal is a Senior Programme Lead at the Council on Ene... read more 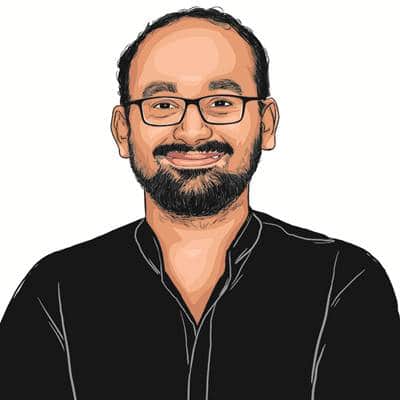