How the unwitting Islamophobia of elite Indian Muslims damages the community

A. Faizur Rahman writes: There is a growing tendency among Muslim elites to sacrifice truth at the altar of unwarranted self-criticism and express righteous indignation at acts their community did not commit. According to Christophe Jaffrelot, between 1980 and 2014, the representation of Muslim MPs in the Lok Sabha has diminished by nearly two-thirds even as the share of Muslims in the population rose during the same period.

“Narcotic jihad” is the latest social offensive Indian Muslims are supposedly plotting against non-Muslims. This accusation came out of the blue as a holy bill of indictment from a Catholic bishop in Kerala who warned, without an iota of evidence, that “hardcore jihadis” are using drugs “as a weapon to spoil non-Muslims”. The Kerala Catholic Bishops Council endorsed the bishop.

The outlandish “holy wars” Muslims in India have been accused of waging include “love jihad”, “corona jihad” and “land jihad”, not to mention the propaganda that they may also be pursuing a “demographic jihad” by intentionally producing more children to outnumber the Hindus.

But what is more worrying is the growing tendency among the Muslim elite to sacrifice truth at the altar of unwarranted self-criticism and express righteous indignation at acts their community did not commit. Last month, a Mumbai-based Muslim outfit ended up fueling Islamophobic suspicions about the ideological moderateness of Indian Muslims when it claimed without evidence that “a section” of them (neither defined nor identified) was in a state of euphoria over the Taliban’s capture of power in Afghanistan. Javed Akhtar and Naseeruddin Shah were among the signatories to the outfit’s statement that contained this unsubstantiated allegation.

Shah, in fact, repeated the charge in a short video saying that “some sections” of Indian Muslims celebrating (jashn manaana) the Taliban’s return is as dangerous as the Taliban’s takeover of Afghanistan. Within days, he conceded in an interview that he should not have talked of jashn, for celebrations were not held anywhere in India. Akhtar too subsequently agreed that only a minuscule minority within the Muslim community supports the Taliban.

But the damage had been done; a new wave of Islamophobia hit the world’s second-largest and most diverse Muslim population. The carelessly used phrases “a section” and “some sections” were exploited to equate the community’s political quietism with a kind of dissimulated socio-theology that nurtures a yearning for the Talibani shariah. No attempt was made to muse on the fact that present-day Muslims are the proud descendants of those who in 1947 not just chose a secular democratic India over an “Islamic” Pakistan, but for the sake of national unity gave up the system of separate electorates they had been enjoying for nearly four decades since the passage of the Indian Councils Act in 1909. In The Widening Divide: An Insight into Hindu-Muslim Relations, Rafiq Zakaria writes that the loss of separate electorates “politically orphaned” Muslims by depriving them of adequate representation in legislatures and other elective bodies.

The situation has not changed since then. According to Christophe Jaffrelot, between 1980 and 2014, the representation of Muslim MPs in the Lok Sabha has diminished by nearly two-thirds even as the share of Muslims in the population rose during the same period. Yet, this has not provoked Indian Muslims to harbour pan-Islamic sentiments or extra-territorial loyalties — a fact endorsed by no less than two Indian Prime Ministers.

In a July 2005 interview to CNN, PM Manmohan Singh took pride in the fact that not one Indian Muslim out of 150 million had “joined the ranks of al Qaeda or participated in the activities of Taliban”. This, he explained, was due to the community’s firm belief in India’s secular democracy.

A factual confirmation of India’s top leadership’s faith in the Muslim community came from The Soufan Center affiliated with The Soufan Group that provides strategic security intelligence services to governments and multinational organisations. Its January 2019 report revealed how Indian Muslims had managed to ignore the lure of jihadi narratives, despite being precariously close to the geographical centre of al Qaeda.

Yet, Shah wanted to know from “har Hindustani Musalmaan (every Indian Muslim)” if he/she wants reforms in Islam or “live with the wahshipan (barbarism) of the past few centuries.” Such inquisitorial cruelty can only be the result of a total lack of understanding of the Indian Muslims and their post-Independence history. If, as Shah concedes, Indian Islam had always been different from its international versions, then how can Indian Muslims who, like Shah, follow this Islam possess an inclination different from Shah’s own mystical (Sufi) outlook on life?

Truth be told, notwithstanding politically instigated acts of violence, Indian Muslims have lived in harmony with all communities. For instance, the people of the Sadhan village near Agra have shown that it is possible to be a born a Hindu and practice Islam, and to be a Muslim but retain a Hindu name.” Kerala Governor Arif Mohammad Khan explained in a recent interview why his state is free of “community consciousness”. Keralites don’t wear religion on their sleeves, he said, and there is no distinction between Muslims and Hindus insofar as language, culture or food is concerned which is common to all.

Given this reality, members of the Indian Muslim elite who believe that occasional Muslim-bashing will enhance their non-partisan image should realise that facts are sacred; but comment is not free if it goes against facts. Unwitting Islamophobia cannot become a secular cant.

This column first appeared in the print edition on October 4, 2021 under the title ‘The prejudice within’. The writer is an independent researcher and the secretary-general of the Islamic Forum for the Promotion of Moderate Thought. 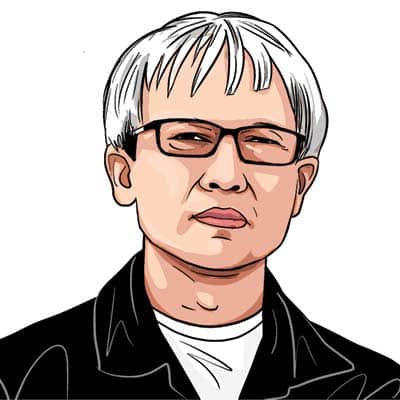 A. Faizur RahmanThe writer is secretary general, Islamic Forum for the Promotion of Mo... read more