Mass transfers of officers in states which saw change in government is the wrong beginning. The recent mass transfers of senior officers in states which saw changes in government seems exactly the wrong way to begin governing.

25In a vibrant democracy like India, a change of government is normally characterised by enthusiasm and expectation, particularly when the new government belongs to a different party or alliance from the previous one. The hope is that their elected representatives would devote their time towards pursuing a development-oriented and people-centric agenda. Mandates tend to go sour when governments do the opposite of that. An example of how to avoid this is to concentrate on the task ahead and not resort to diversionary tasks that are counter-productive.

The recent mass transfers of senior officers in states which saw changes in government seems exactly the wrong way to begin governing. It is disheartening when the machinery of government, which is the primary instrument of policy development and implementation, is targeted. Transfers are a normal part of a civil servant’s career. But seeking to identify large numbers and then targeting them because they held “important” posts in the earlier dispensation is undesirable. What made the present round of large-scale transfers worse was the open threat issued by certain political leaders, warning officers that they would be victimised for following legitimate orders of the incumbent government. Therefore, when chief ministers devote their energies to completely overhauling the state machinery, guided by a sense of paranoia over the “loyalty” of officers, it evokes memories of attempts to create “committed civil servants” or a “committed judiciary”.

These officials have been transferred even before cabinet formation. This leaves the state administration in a deep state of flux. On the face of it, these transfers can be characterised as victimisation and a search for “favourable” officers — such arbitrary transfers have the opposite effect of demoralising the bureaucracy. Worse, they embolden the corrupt and the cynical who are quick to spot opportunities for personal aggrandisement. The good and the honest often come to the perverse conclusion that it is better to not perform lest one is victimised later.

Fortunately, such efforts at creating a committed bureaucracy have been an exception at the national level. However, the totally unnecessary removal of the cabinet secretary and home secretary in the summer of 2004 only because they had been appointed by a previous government made for depressing reading. Particularly as the former was due to retire in a few months’ time, and it was nobody’s case that he was either partisan or inefficient.

As a former civil servant who has worked with Prime Minister Atal Bihari Vajpayee, I was curious to see how the transition would be handled in 2014. Not only were senior officers not disturbed, even the individuals in the Prime Minister’s Office (PMO) and in the personal staff of the PM were not changed. My batch-mate in the civil service, R Ramanujam, continued as secretary to the prime minister. The person selected to be the private secretary had worked in the PMO for the previous five years. A private secretary to the immediate earlier PM continued as joint secretary in the PMO, and is now the chief secretary of Jammu and Kashmir. In fact, all the joint secretaries and directors who were a part of the PMO on May 26, 2014 completed their tenures. The incumbent cabinet secretary, Ajit Seth, got an extension though his term was ending in June 2014. Nearly all the secretaries of the Government of India continued on their posts. Yes, in due course changes have been made, but selectively. While researching this article, I found out that when Narendra Modi became the chief minister of Gujarat in 2001, he did not change any incumbent. One could argue that it remained the same party’s government but if one remembers, there was considerable internal turmoil within the BJP and factionalism was rampant.

I am aware that the bureaucracy does not enjoy the best of reputations but is that reason enough to treat it as a punching bag or scapegoat? The Constituent Assembly debated the necessity or otherwise of continuing with the civil service. Many members who had faced the wrath of the Raj when they were fighting for independence were for its abolition. However, Sardar Patel, who was then working round the clock to unify India by ensuring the accession of princely states, stressed the need for the civil services in the form that we know today. He explained that the civil services were a government’s instruments, whose loyalty was to the state, and it was up to the government of the day to make the best use of them. He alluded to the success in stabilising the situation post-Partition and the handling of the largest migration in human history as proof that the system could deliver. April 21 is celebrated each year as Civil Services Day — it was on that day in 1949 that the Sardar addressed the first recruits of the Indian Administrative Service at Metcalf House.

A case can be made that chief ministers face a lot of local pressure and should be entitled to bureaucrats of their choice, but these should be selective and based on good reasons. It is also true that there are corrupt and inefficient officers. However, the answer would be to take disciplinary action against such individuals, not mass transfers. The vast majority of civil servants is loyal to the system and happily works with the government of the day, irrespective of personal political preferences.

The same civil services, the same system, the same files — and, yet, the outcomes can be so different. The handling of the mass evacuation during Cyclone Phailin in Odisha, the organisation of the Kumbh, and the eradication of polio are examples that the system can deliver. In more recent times, the amazing achievements of the Swachh Bharat Abhiyan, Jan Dhan Yojana and the distribution of gas cylinders and burner sets under Ujjwala are examples that demonstrate that when political leadership sets clear and positive goals to enable the civil services to deliver, it will. The answer is clear — you can use the civil services as a scapegoat or make it deliver. 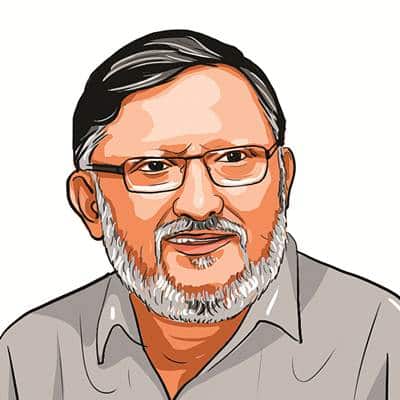