Hindutva and its naysayers

Rise of ‘left-liberals’, and their blind antipathy to the RSS, shines the light on the crisis in the communist and socialist parties 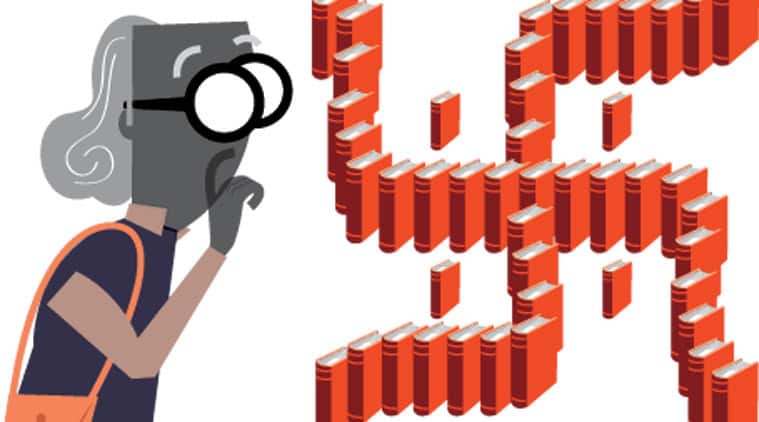 Rise of ‘left-liberals’, and their blind antipathy to the RSS, shines the light on the crisis in the communist and socialist parties. (Illustration by C R Sasikumar)

There has been an interesting development in Indian politics since the 2014 general election. The Narendra Modi government and Hindutva have been increasingly opposed more by a non-party formulation, known as left-liberals, than Opposition parties. On issues like cow vigilantism, demonetisation or even the Gujarat elections, one can see their eagerness to polarise people on an anti-RSS and anti-Modi agenda. The term left-liberal is not new but it is more in vogue now. Besides, its meaning and constituents have undergone a significant change. Moreover, it has acquired a distinct image and social base different from the conventional political-ideological Left comprising the socialists and communists. While left-liberals operate outside the realm of left parties, they are not opposed to each other.

There are three elements — sociological, ideological and organisational — which are used to evaluate the political effectiveness and endurance of any formation.

Sociologically, left-liberals are an alliance of intellectuals, academics and a section of the media who have never camouflaged their anti-RSS worldview. Therefore, they are natural allies of the communist parties and co-opt any individual or group that shows antipathy for Hindutva. Contestation — to the extent of hate — for the RSS creates camaraderie among forces who share neither common economic ideologies nor cultural perspectives. The extreme paradoxes can be seen with the presence of pro-Naxal elements and those who profess free market. In other words, this is a companionship of Adam Smith and Karl Marx. There is also a third constituent, Nehruvians, who feel a loss of hegemony and privileges since the emergence of the RSS as a ruling ideology. Contradictory social constituents cannot shape economic vision and developmental agenda or even do constructive political polarisation. Their strength largely comes from intellectual dominance in their respective fields — academia, film, art and media.

Nehruvians enjoyed state patronage and a favourable atmosphere for many decades. They have been critical of earlier regimes but never questioned their legitimacy or waged a do-or-die battle against them. For instance, farmers’ suicides during UPA II or communal violence and mega scams involving cabinet ministers had not instigated them to return awards.

Ideologically, left-liberals are undefined, like modern art. Those who are extremely pro-public sector and statist European economic models cohabit with people welcoming privatisation. To hide their inbuilt contradictions, they use secularism and nationalism as an ideological feint to oppose the Modi government. They lack the temperament to re-examine their position on these two issues and have been guided by Marxist or European definitions which undervalue their critique of Hindutva.

The RSS represents an alternative view whose seeds and philosophical ingredients have been present in Indian thought even before its formation. The narrative of nationalism and secularism espoused by the RSS is compatible with the common wisdom of the Indian masses, which sense a contempt for the Hindu past among the intelligentsia. Left liberals’ discourse on nationalism and secularism has shrivelled to a narrow anti-RSSism. Interestingly, they anarchically define the RSS as anti-minority, anti-Dalit and a mission to end cultural, linguistic, religious diversities to suit their criticism of it. They might impress the international audience by calling the RSS a fascist force but the Indian audience remains unimpressed. The Sangh does not thrive in seminar rooms but among its cadres who work for the people, particularly the marginalised sections.

The CPI(M)’s political document, released just before the All-India Party Congress in 2008, took one-and-half pages to communicate why the RSS has made significant progress among marginalised sections. It gave detailed descriptions of the number of schools run by Vidya Bharti, service projects by Seva Bharti and concrete work by Vanvasi Kalyan Ashram among tribals.

Lately, the political role of the left-liberals remains confined to attempting to resurrect the old regime, unmindful of who occupies the leadership and which party leads it. They swing from the Congress to AAP and the communist parties to the Rashtriya Janata Dal. They question the mandate of the 2014 general elections and the expansion of BJP rule in the provinces by using a western phrase — post-truth. They believe that false propaganda and emotional appeal led to Modi’s victory. They question “achhe din” but they do not have an answer to the emotional Hindu resurgence which led the inexperienced Rajiv Gandhi becoming prime minister, or Indira Gandhi’s false slogan, “garibi hatao”. Were these part of post-truth or pre-truth?

For the left-liberal, anti-RSSism is the only barometer. Nitish Kumar in 2010 was “non-progressive” due to his alliance with the BJP and became “progressive” between 2014 to 2017 and then recovered his old tag. In 1967, when the CPI allied with Bharatiya Jana Sangh to form non-Congress governments in the states, the CPI(M) decried it as reactionary. Another important political development is not widely known: Communist trade unions, CITU, AITUC and others, have a joint action committee with the Bharatiya Mazdoor Sangh of the RSS for over two decades.

The political agenda of anti-RSSism is untenable and merely a sign of opportunism. But there is a reason that Indian communists and left-liberals feel comfortable with each other. E.M.S. Namboodiripad, in his critique of the pre-Independence communist movement, said that the leadership was from a non-proletarian background. This is more valid for the contemporary organisational base of Indian communists. In fact, the emergence of left-liberals shows a deep crisis in the Indian left.