In addressing the ‘Muslim question’, left-liberals have been extremely hesitant in acknowledging the Ashraf-Pasmanda divide. 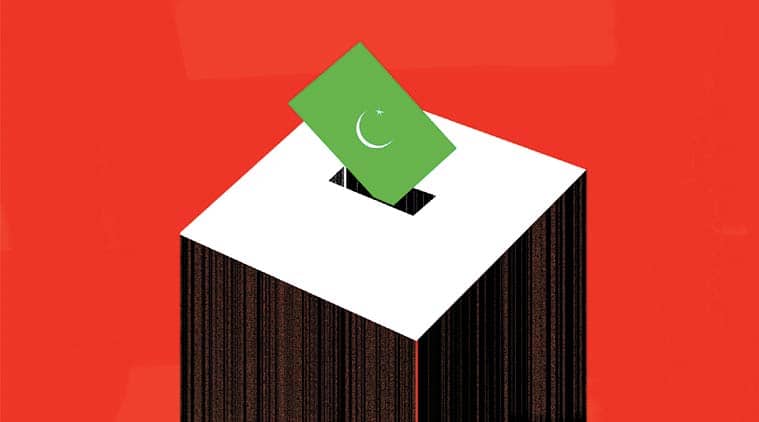 What one needs to stress is that there can be no majorities (Hinduness) without minorities (Muslimness) and the mutual conflicts between them eventually end in accommodations that exclude the subordinated castes. (Illustration: CR Sasikumar)

Several prominent left-liberal scholars have stretched their necks out on the so-called “Muslim question” in the last few days. What is perhaps striking is not the minutiae of the debate but rather the broad consensus across ideological positions on the “terms” in which the debate is supposedly being conducted. I will argue that the “Muslim question” shares a constitutive relationship with the repressed “caste question” within Indian Islam, and the left-liberals have been extremely hesitant in acknowledging this.

Let us recall how the modernising colonial state eventually settled on religion as the overarching identity to manage the irreducible socio-cultural diversity in the Subcontinent through strategic repression of competing markers — caste, class, gender, language, region, sect and so on. In particular, caste approximates the closest to distribution of material and symbolic power. Once this is conceded, it becomes easier to appreciate how the high-caste elite across religions, a micro-minority in number, found it useful to access the evolving democratic game as religious majorities or minorities in order to offset their numerical deficit. In a way, the notions of “Hinduness” or “Muslimness” were systematically arrived at through repression of the cultural life-worlds of a large number of subordinated caste communities (Indian Muslims have about 700 caste groups).

Yet the reordering of thousands of caste communities into overarching religious blocs is an impossible operation. Apart from incessant ideological work through faith-based organisations, restorative violence in the form of riots, pogroms or lynching was periodically resorted to in order to force consent on the notion of religion as the key mode of identification. According to B R Ambedkar, “A caste has no feeling that it is affiliated to other castes except when there is a Hindu-Muslim riot”. Inter-faith violence, rather than a passionate and spontaneous outburst, emerges chiefly as a calculated mechanism to consolidate contending Hindu and Muslim nationalisms and simultaneously disciplining the subordinated castes.

Let me trace the construction of high-caste Muslim (Ashraf) hegemony over Muslim politics and the continuous challenges posed to it by internal caste others. In the pre-Independence phase, the Ashraf dominated Muslim politics through the strategic construction of the discourse of Muslim backwardness and the policy of separate electorates in collusion with colonial authorities. Indeed, in the United Provinces (now Uttar Pradesh), the then epicentre of the demand for Pakistan, Muslims were grossly over-represented in public services (Omar Khalidi informs us that in 1939, the representation of Muslims in the UP Civil Services averaged about 30 per cent though their population was 15 per cent). The terms of engagement with power for the Ashraf was not adequate representation according to democratic norms but the parity of Muslims with Hindus based on the erstwhile status of the former as a ruling class. Hamid Dalwai in Muslim Politics in India (1968) remarks that “the idea was to secure a fifty per cent share of power for Muslims. When this attempt failed, the Muslims demanded an independent sovereign state of their own”.

The 1946 elections, dubbed the consensus on Pakistan, and in which the Muslim League won handsomely, was marked by a restricted electorate wherein mostly the propertied and educated Ashraf classes got to vote. The vote of subordinated Muslim caste groups was not even put to the test. In fact, subordinated caste Muslim organisations like the All India Momin Conference, led by the charismatic Abdul Qaiyum Ansari, were actively contesting the Muslim League and two-nation theory in alliance with the Congress. After the Partition tragedy, the postcolonial state dominated by the Congress party, curiously preferred to work with the remaining Ashraf sections (the “sarkari Musalmans”) as interlocutors for Muslims and continued to give them substantive state privileges. This unstated policy eventually resulted in the overrepresentation of high-caste Muslims (who constitute only about 15 per cent of the Muslim population) in power structures at the expense of subordinated castes. At another level, the subordinated Muslim castes were overrepresented in catalogues of victims of communal or Islamophobic violence. Since the 1990s, the Pasmanda movement — the movement of Dalit, Backward and Adivasi Muslims — has again reactivated the intra-Muslim caste antagonism by contesting Ashraf hegemony over Muslim politics in north India.

While the left-liberals at times do note that Hindu and Muslim nationalisms share a symbiotic relationship, they seldom take cognisance of the constitutive role of caste in this conflict. Caste, in general, has been a blind spot for left-liberals; more so in the case of Indian Islam. The moment one inserts caste into the “Muslim question”, the terms of the debate change. Most of the issues raised by the majoritarian Right like the appeasement of Muslims, their portrayal as fifth columnists, Muslim communalism, instant triple divorce, reservations, AMU, Babri Mosque, Urdu, etc. lose their impact once the role of Ashraf interests comes to the fore. Sans the caste category, left-liberal bickering on the decline of “Muslimness” does not go beyond formal rhetoric. Once the conflation of Muslim politics with Ashraf interests is clear, it is not be difficult to see why the Pasmanda sections may not indulge in mourning the so-called demise of Muslimness but rather see this moment as a rupture pregnant with multiple democratic possibilities.

What one needs to stress is that there can be no majorities (Hinduness) without minorities (Muslimness) and the mutual conflicts between them eventually end in accommodations that exclude the subordinated castes. That is why the Pasmanda ideologues have advocated a counter-hegemonic solidarity of subordinated castes across religions. Ideally, the left-liberals would have revisited their closures with respect to the caste question within Indian Islam if they were serious about contesting toxic majoritarianism. One recalls here Dalwai’s collapsing of the distinction between “nationalist” and “communalist” Muslims, or Ambedkar’s conflation of the categories of “priestly” and “secular” Brahmins in explaining the role of social classes in politics. “Muslim communalists in India and Indian communists have always remained strange, but inseparable, bedfellows,” is what Dalwai wrote in the 1960s. Whether the recent debate has done anything to dispel this impression is a moot question. 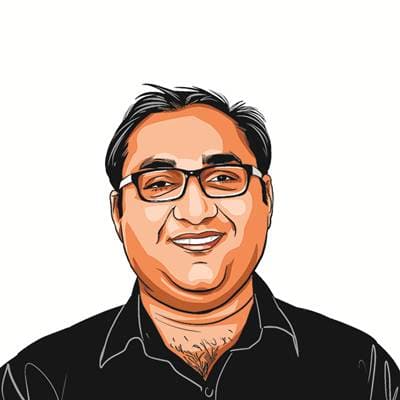