It has often been suggested that to tackle rape cases, a complete overhaul of the police machinery is necessary. But such general statements do not help. We have to list out specific steps, at each stage. 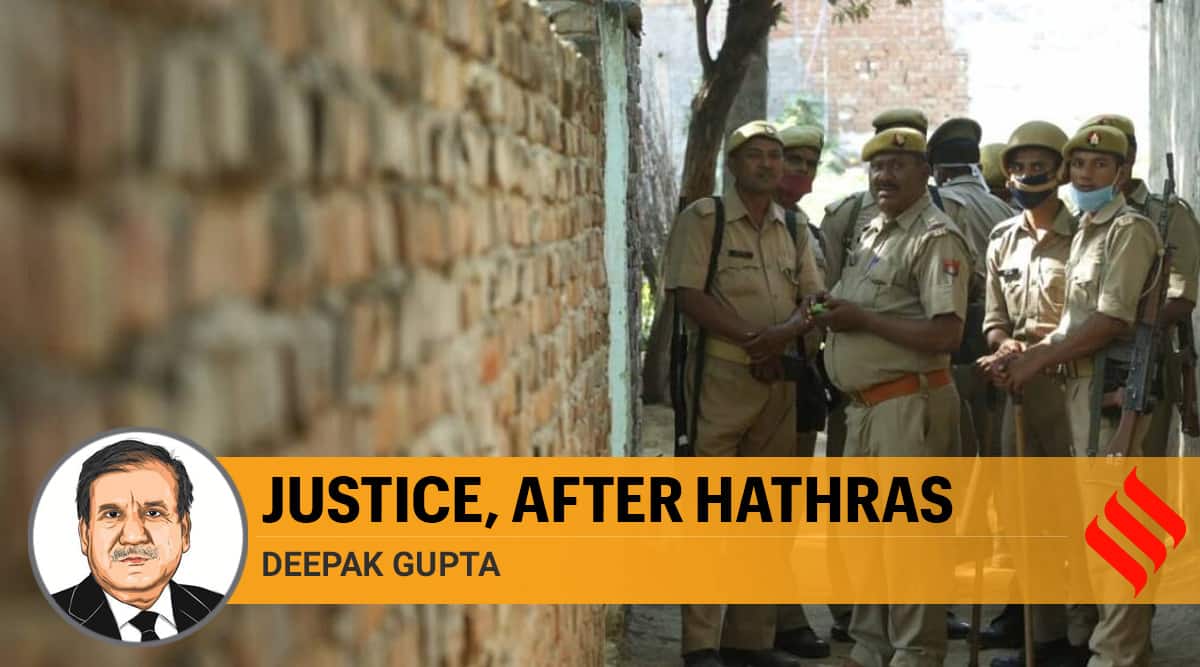 Once again, the conscience of the nation has been stirred by the horrific brutalisation and murder of a young Dalit woman in Hathras. The crime has been compounded by the folly of a midnight cremation by the police without the family’s permission and attendance. Every now and then, the country witnesses such acts. Civil society erupts in rage. There are protests and candle light marches. Visual, print and social media record these outbursts of pain. Politicians blame each other depending upon where the incident takes place. Instant justice is demanded and promised. SITs are constituted. Fast track courts are promised to be set up.

We then go back to normal only to return to another scene of this never-ending drama. It has become a spectacle of which we should be collectively ashamed.

While individual and isolated events cause an uproar, we are missing the widespread and daily nature of this assault and the immense suffering it is causing. The promise of quick justice is not met. National Crime Records Bureau statistics show that in 2019, 1,62,741 cases were pending for trial, an increase of about 17,000 from 2017. During the year, 18,333 cases were disposed of, of which 5,822 resulted in conviction. The rate of conviction is about 27 per cent. 45,536 cases were pending for investigation. In 2017, 331 cases were of rape/gang rape/murder. These have not made headlines but are hidden away in the statistics.

Several practical questions arise. How will the police investigate such a large number of cases given that their strength is limited, there is no separation of the investigative wing with that tasked with maintenance of law and order, heavy inroads have been made by protocol and security functions and resources are simply not enough. There is no examination of what is needed to ensure proper and timely investigation of rape cases.

How will the fast track courts fast track trials? Reports suggest poor implementation on setting up of fast track courts, anomalies and shortages in both creation of infrastructure and staff as well as funds. This includes the availability of forensic labs. The same police personnel will serve these courts as well. The same investigation and judicial procedures will apply. Specific studies must be done on delays in investigation and trial of rape cases, particularly the more heinous ones. There is need for clear earmarking of fast track procedures for investigation and trial — the presence of witnesses; examination of police personnel; issues of fixing dates/adjournments/cross-examination etc. Since these cases will not be many, why can’t a trial be completed in a month? The appellate/review procedure will also require short circuiting. The case of the December 16 gangrape in Delhi 2016 saw repeated opportunities provided to the accused in the name of natural justice. The crime took place in 2012. The accused were hanged in 2020.

Opinion | The Hathras dead-end: What does the UP govt so ferociously seek to protect?

Delays in dispensation of justice were said to have contributed to the Hyderabad Police shooting down four accused last year. There was an outpouring of public support for such vigilante justice. More such cases will happen, and will be justified in the public domain, if we continue to delay matters that must be brought to a lawful end quickly.

Many cases are not reported in this country because of various reasons — victim shaming, fear of the family knowing, and fear of reprisals. Concern about law enforcement is also cited as a factor. Rape is not only a social stigma, the legal procedures are very lengthy, costly, time intensive. How many have the mental strength and resources to report and follow up? Cases will either not be reported, or if they are, they will not be followed up. The charade of investigation and trial will go on, where the victim will often be the bigger loser.

Social reform is, of course, necessary. And we have to collectively strengthen all the ways in which the position of women in society can be improved. In an overwhelming majority of the cases, the victim is attacked by known persons. In India, the position is made worse when the victim belongs to the SC/ST group, like in the Hathras case.

It has often been suggested that to tackle rape cases, a complete overhaul of the police machinery is necessary. But such general statements do not help. We have to list out specific steps, at each stage.

Opinion | Hathras case: It is our collective dignity and decency that is erased forever

As a first step, we would be able to identify the more serious cases, where witnesses are available, conviction appears likely. Such cases, possibly 30-40 per cent of the cases, should be specially fast tracked. The ministries of home and law and justice receive quarterly reports. What is done to them, what reviews take place and what actions are taken are not known. They should monitor, through a special template, on a weekly basis, the cases which have been prioritised. The chief ministers of states, chief justices of high courts, chief secretary, DG Police should be given the feedback so that they can take steps, or issue instructions, to expedite investigation/trials. The Chief Justice could head a committee in the state to review regularly. This will take some of their time but not only will a strong message go to all concerned, but quick disposal would take place, and that will have its own impact.

This article first appeared in the print edition on October 9, 2020 under the title ‘Justice, after Hathras’. The writer is former chairperson, UPSC. 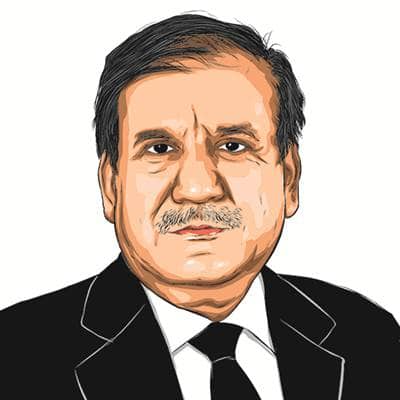