Like the monarch in England, the Governor of a state has no real powers. He may act in his discretion only in matters where the Constitution required him to do so...Yet we have Governors who wish to lord over chief ministers. They are wannabe chief ministers 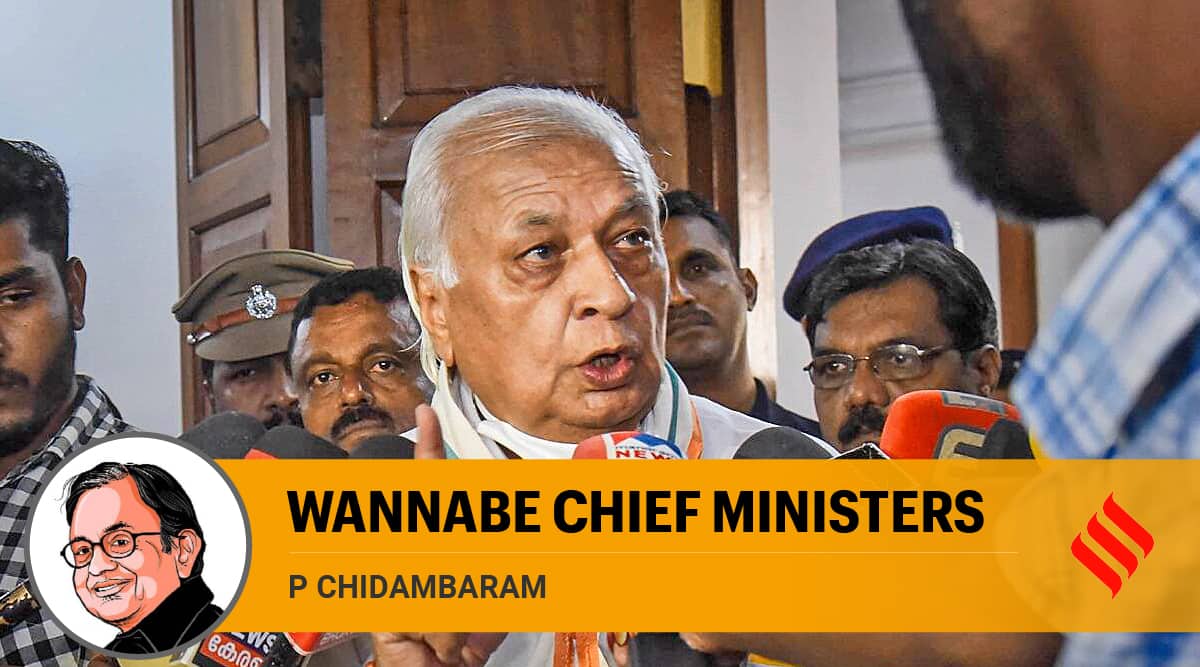 Kerala Governor Arif Mohammed Khan, who is currently at odds with the state government. (PTI/File)

Elections are held to the State Legislative Assembly. The members elected from territorial constituencies belong to different parties. The leader of the largest party is invited to form the government and he/she is sworn in as the chief minister (CM). The CM is the elected leader of the people of the state. On the CM’s advice, the ministers are appointed. That is the Westminster parliamentary system. India followed the system since Independence and aberrations were quickly corrected.

A Governor of a state is a titular head (like the British monarch) and the government is run in the name of the Governor. The Constitution prescribes — and limits — the powers of the Governor (Article 163):

“There shall be a Council of Ministers with the Chief Minister as the head to aid and advise the Governor in the exercise of his functions except in so far as he is by or under the Constitution required to exercise his functions or any of them in his discretion.”

The language is plain and simple. Considered in the background of the Westminster model that we adopted, the meaning of Article 163 admits of no doubt. Like the monarch in England, the Governor has no real powers. He may act in his discretion only in matters where the Constitution required him to do so. Still, there were doubting Thomases. Justice Krishna Iyer set them right in his judgment in Samsher Singh vs State of Punjab:

“We declare the law of this branch of our Constitution to be that the President and Governor…shall… exercise their formal constitutional powers only upon and in accordance with the advice of their Ministers save in a few well-known exceptional situations.”

The Governor’s assent is required for a Bill to become law. Article 200 provides that the Governor may assent or withhold assent or reserve it for the consideration of the President. If assent to a Bill is withheld, the Bill must be returned to the Legislature for reconsideration. If the Bill is passed again, with or without amendments, the Governor is obliged to give his assent. There are Governors who simply ‘sit’ on the Bills. The specious reason is that the Governor is ‘considering’ the Bill. How many times will a Governor read a Bill and consider it? If he is incapable of understanding Bills, he should resign citing his incapacity.

Governors make extraneous and provocative remarks. A Governor said that Chhatrapati Shivaji was an “icon of the olden days”. The whole state is up in arms and the chief minister’s party, otherwise friendly to the Governor and the central government, demanded his recall.

Governors make unsavoury remarks. A Governor said of the chief minister that “If the CM was not aware that someone from his office was directing the Vice Chancellor to appoint a relative, it shows how incompetent he is. If he knew about it, then he is equally guilty.” Earlier, the same Governor had said he knew about the chief minister’s past political record and, on one occasion, the young party leader (now CM) had to change his clothes (implying that he had wet himself).

Why do Governors behave like wannabe chief ministers? Dr C Rangarajan, a distinguished economist and former Governor of RBI, who was also Governor of a state, has this to say in his recently-published book Forks in the Road:

“Purely political appointees have a problem in dealing with chief ministers who do not belong to their party. There is a tendency to administer pinpricks…Quite clearly, two centres of power in the state were not contemplated in the Constitution. Furthermore, individuals who are appointed as governor have often held responsible positions in the past. They were ‘hands-on’ administrators and were used to exercising power. The ‘itch’ to act is evident sometimes. This is what they must learn to control.”

Not likely, because the anti-Westminster tribe loves wannabe chief ministers as Governors.