It is this 'revdi' culture that the Prime Minister said that one should watch out for during election times. And 2023-24 is likely to witness nine state assembly elections that would lay down the ground for the 2024 parliamentary election 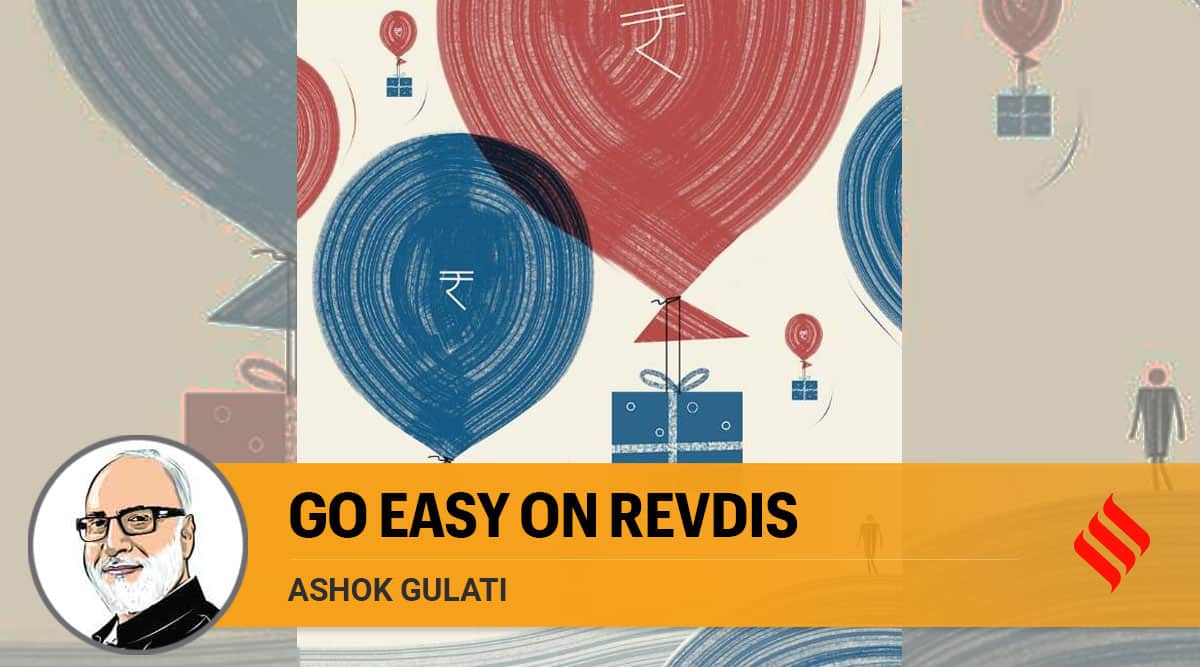 With inflation relatively under control, the finance minister’s next biggest job is to have a budget that can ensure sufficiently high growth during 2023-24. If she can curate a budget that manages to clock a growth rate of anywhere between 6.5 to 7 per cent, that would be a great success, setting the best example for G20 countries when India is leading the pack.

But how can she achieve this high GDP growth? The short answer is to keep development expenditures (the investment rate) high, and contain the “revdi” culture (doles/subsidies). India’s fiscal deficit (Centre and states) has been hovering around 10 per cent for the last three years. This is too high, perhaps the highest amongst all G20 countries. And much of this is because of large doles (subsidies) and high borrowings (public debt). In a pandemic year (2020-21), much of the macroeconomic management went out of gear. But now, the sooner it is brought within the limits of prudence, the better it is for the country and its people. India surely does not want to tread the path of its neighbours, such as Pakistan and Sri Lanka, in messing up its macroeconomic management.

Also in Express Opinion |Budget 2023: Why some scepticism around government’s data is warranted

So, what are the policy choices that the finance minister has and how she can ensure good use of monetary resources that propel widespread growth, benefitting the large mass of society? The largest share (46.5 per cent) of the working population in India is still engaged in agriculture. This is too high, and people need to move out of agriculture, as has happened in almost all economies. But moving out of agriculture to high-productivity jobs in the non-agriculture sector requires investment in education and skills. Our education system in rural areas has performed way below the needs, in terms of the quality of education as well as skill formation. While improving the overall quality of education of the masses is a herculean task and may take decades to fix, improving their skills in some expanding sectors such as construction activities (infrastructure, housing, and commercial buildings, creating jobs for masons, electricians, plumbers and painters) could be a shortcut.

In China, during its boom phase, almost 200 million people moved out of rural areas, primarily from agriculture, to build new infrastructure, new cities and give a facelift to megacities like Beijing and Shanghai. Today, China’s agriculture employs roughly 23 per cent of its working force, which is exactly half of what Indian agriculture employs. And yet, China produces more than double India’s agricultural output, from a cropped area that is less. How does it do this? Are there any lessons for India? Very briefly, the answer is that China does not follow the “revdi” (doles) culture.

Look at some glaring facts: Free food (5 kg of rice or wheat per person per month) to more than 800 million people under the National Food Security Act, now renamed as the PM-Garib Kalyan Anna Yojana, will cost about Rs 2 lakh crore in the upcoming budget. This is despite the discontinuation of the extra 5 kg of rice or wheat that was given during the Covid period as a safety net. Another Rs 2 lakh crore will go to the fertiliser subsidy for farmers. PM-KISAN will cost another at least Rs 60,000 crore, and then add on top of this many other subsidies like interest subvention on agricultural credit, subsidy on crop insurance premium, etc, and you easily cross a subsidy bill of Rs 5 lakh crore just in the agri-food space. Subsidies to the industrial sector may not be less, though the nomenclature may change to incentives such as the Production Linked Incentives (PLI) scheme, various tax concessions to attract investments, and so on.

It is this ‘revdi’ culture that the Prime Minister said that one should watch out for during election times. And 2023-24 is likely to witness nine state assembly elections that would lay down the ground for the 2024 parliamentary election. Given these political events, could the finance minister contain the “revdi” culture? I doubt it, and this may remain the bane of the Indian economy for some time to come. But a repurposing of these subsidies, and rationalising them for better outcomes, is still possible provided the political masters are serious and ready to communicate properly to the public. Ultimately, the public is the main stakeholder in a democratic system.

Just one example — the food subsidy. Let me start by saying that it is very timely that the government has withdrawn the extra 5 kg of rice/wheat/per month per person allocation it provided under PM-GKAY during the Covid period. Else, it would have put an undue burden on the fisc and constrained growth. But, even the existing allocation to more than 800 million people needs to be revisited. Under the NFSA, in 2013, almost 67 per cent of the population was to be given highly subsidised food. One must ask: How many people are really so poor that they need highly subsidised food, and now free food? Can two-thirds of India not earn its food? If so, we must admit that all governments of the last 75 years have failed India miserably.

The reality, however, is very different. The multidimensional poverty index gives a headcount poverty ratio of about 16 per cent. The World Bank’s definition of $1.9/day per capita (PPP) gives an even lower poverty ratio. Should this not force us to think that we need to contain the food subsidy to, say, the poorest 20 per cent of the population and maybe even augment the amount of subsidy to them? The massive savings of about Rs 1.3 lakh crore per year that will result from this rationalisation may be spent on imparting modern skills to the people in rural areas. That will enable them to move to high-productivity/income jobs. What the FM needs to target is training them how to catch fish rather than giving them fish every day.

Gulati is Distinguished Professor at ICRIER. Views are personal

With inflation under check, the government must now focus on fiscal consolidation to further macroeconomic stability