Hosting a successful G20 presidency in 2022 is a welcome challenge. Preparations must begin now. Like other countries, the government will have to work together with its think tanks, businesses and civil society to develop an agenda for 2022. 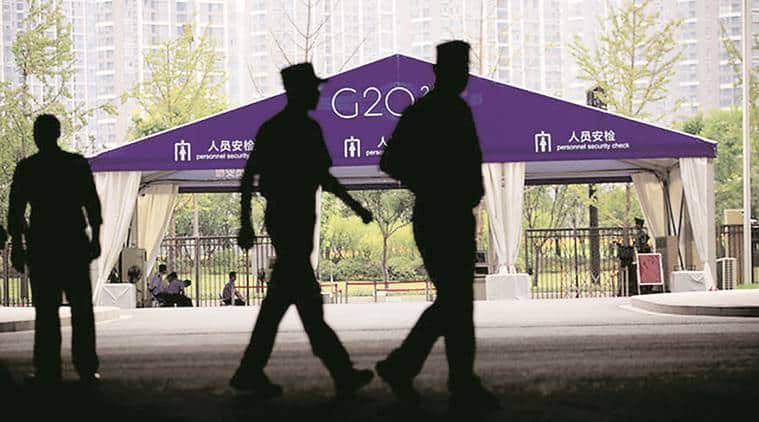 The G20’s rotating presidency ensures that no one country dominates the agenda. (Reuters Photo)

In 2022, India will be host to the G20, or Group of 20 nations, the world’s most influential economic multilateral forum. It is the agenda-setting forum that develops and guides rules of global economic governance. The G20 leaders-level dialogue came into being during the western financial crisis of 2008, when the large developing economies including India and China, helped fund the G8 countries out of the crisis.

The G20 is unique. Here, developing countries can display their political, economic and intellectual leadership on a par with the most powerful countries. The G20’s rotating presidency ensures that no one country dominates the agenda. Instead, the G20 host sets an annual agenda, wielding vast direct and indirect influence on nations’ economies.

Is India ready for this leadership? Does it have a clear global financial agenda? Does the country have the capacity to lead the G20 year intellectually, financially, managerially and administratively? At some levels, India is ready. Indian business and industry is becoming a noteworthy competitor globally. The country’s domestic economy is starting to pick up, thanks to structural economic reforms. The central government is economically stronger, and the states are starting to learn about economic independence, making them more aligned with their global counterparts.

Geopolitically, India is more internationally engaged but less so geoeconomically. Its narrow focus is on the World Bank, IMF, WTO and foreign investment issues. But India has much to contribute on issues like reconfiguration of global financial regulations, design of a new framework for trade in services and the digital economy and establishing better cross-border standards for transparency in financial flows. To make its G20 year a success, India has to address organisational challenges, where the country has an infrastructure, management and intellectual gap.

First, a G20 presidency brings together several global leaders, their attending delegations, and independent experts. Unlike the Olympics and more like Davos, this effort is focused on a small but powerful group which expects good airports, accommodation, conference facilities, and communications infrastructure all year round.

Second, the president of the G20 is tasked with leading and managing the global economic agenda for the year. This is typically undertaken by the finance and foreign ministry and a special appointee as G20 sherpa, which together act as the secretariat to the G20 presidency. In India, the ministries have fine officers with this knowledge, but they are overworked and limited by their short tenures.

Global economic governance is no single ministry’s mandate. For example, the ministries of commerce, energy, agriculture have deep stakes in the emerging global economic architecture. The RBI and SEBI play a crucial role in contributing to the formulation of global financial regulations. They all have to work as one.

Third, the logistical exercise is monumental, and unprecedented for India. While India has organised annual conferences like Vibrant Gujarat, the G20’s all-year requirements are more intense and sophisticated. It needs an energetic secretariat to organise over 150 high-level ministerial, sub-ministerial and sub-forum meetings through the year; at least 50 task forces lead scores of meetings including those by sub-forums for think tanks and business. Then there is content management, negotiation and feedback processes and developing and executing the year-long agenda. India’s closest experience was in 2016 when as chair of the five BRICS countries, the government led over 100 meetings but with uneven success in the presidency year.

Fourth, intellectually, India is constrained on capacity. There is limited expertise within think tanks or academia on this subject. It requires deep inter-disciplinary research on the international monetary system, global financial architecture, global trading system, and global climate, energy and sustainability issues. This restricts India to being a passive rule-taker, not rule-maker or designer of global economic rules. Consequential economic decisions are then driven by the West, and increasingly by China — neither of which are suitable for an India that should be a leading thinker of the new global economic era.

Hosting a successful G20 presidency in 2022 then, is a welcome challenge. Preparations must begin now. Like other countries, the government will have to work together with its think tanks, businesses and civil society to develop a working mechanism and an agenda for 2022.

India is a growing, emerging economy but leads no global economic forums. As former RBI governor Raghuram Rajan said at the inauguration of India’s first official G20 sub-forum, the Think20 meeting, led by Gateway House in 2015, “those who hold the pen, write the rules”. The time has come for India to both hold the pen and write the rules for a more equitable global economics and governance.

This article first appeared in the January 29, 2019, print edition under the title ‘Rule-taker to rule-maker’

Decision on alliance with NCP, BTP to be taken up by high command: Rajeev Satav