South Asia needs a culture of commitment to human rights

The challenges of both India and Pakistan can be solved only if we re-imagine ourselves, internally, as a zone of freedom, not warring identities. 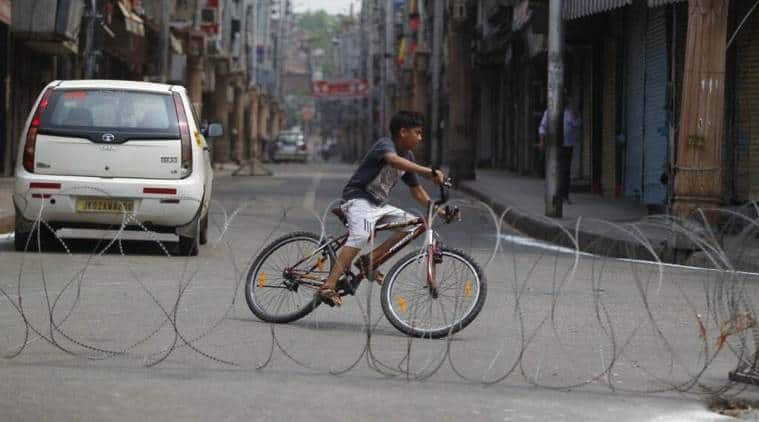 The heightened rhetoric has raised expectations of action in both countries. (File/Representational Image)

There is, no doubt, a stunning irony in Pakistan positioning itself as a champion of the rights of Kashmiris and human rights more generally. India’s biggest asset diplomatically is that it is dealing with a state whose commitment to self-serving violence and the persecution of its minorities is so evident that it will taint any human rights cause it touches. But the superficial satisfaction that a diplomatic victory might yield for India should not blind us to one practical danger, and one deep moral truth. The practical danger is this: We can dismiss the current rhetoric as mere words. But two things stand out: India and Pakistan are now not just accusing each other of specific actions that are evil. They are impugning the core character of each other. Pakistan’s charge against India is now not that India is a state that illegally occupies and oppresses Kashmir; it is that the nature of the Indian regime has changed to a majoritarian racial ideology. For India, Pakistan is not a state that uses terror; the core of the state is terror incarnate. These mutual accusations have been implicit in India-Pakistan relations. But now they are explicit positions, an attack on each other’s core identity.

Combine this with another fact. The heightened rhetoric has raised expectations of action in both countries. Imran Khan incoherently oscillates between expressing helplessness and warning of nuclear apocalypse. But it is difficult to see the current political establishment in Pakistan not losing face, if it is not seen to do something. India, for its part, has clearly announced an intention to now “solve” the Kashmir problem and make sure Pakistan is taught enough lessons that it cannot get away with its characteristic perfidy. After the misinformation in India on what Balakot achieved and the constant need to drum up nationalist frenzy, there is also heightened domestic expectation in India’s capacity to now take this fight to the finish. Whether this signal gets Pakistan to back down or increases the risk of conflict is an open question. There is also a leadership vacuum in the international system. The conflict has become a lot more existential on both sides. The room for clawing back is less, the prospect of a violent dénouement high.

It would be complacent to deny this impending danger. But here is another moral issue. It is touching to see Pakistan express a love for India’s minorities. India, quite legitimately, in turn used Pakistan’s treatment of Ahmadiyas, Shias, and Balochis, as props in its own ideological defence while minorities in both countries say, “Don’t use us. You will delegitimise us. We will deal with our own oppressors, thank you very much.” But implicit in these rhetorical invocations is a clue to what went wrong in ideological thinking in South Asia. Rather than a general commitment to human rights, or the dignity and inviolability of the individual, rights were always invoked in the context of one community or the other. The problem of human rights was framed as the problem of distribution of power in particular communities: Muslim against Hindu, Hindu against Muslim, Shia against Sunni, Kashmir against India, Balochistan against Pakistan. The list could go on. In part, this was understandable since groups were often targeted in virtue of particular identities. But this framing had two unfortunate consequences.

We invoke the rights of our favourite group as and when we want; often those of our co-ethnics at the expense of others. So, rights are tied to communal sympathies. They set up a competitive dynamic over whose human rights matter. Human rights are, paradoxically, used to divide, not unite. In the South Asia context, we also have the challenge of endless minorities within minorities. If one group gets self-determination, for instance, chances are you will land up with another minority to protect within that group. In short, group-based rights don’t work if there is no commitment to human rights and freedom within those groups. But if there is a general commitment to freedom and human rights, the claims of group-based rights become less necessary.

This paradox can be seen in the relation between nationalism and subnationalism. It is a truism that in the modern world a nation state is the political form under which rights can be claimed. But the process of consolidation of nation states can also become exclusionary, and often spawn counter resistance in the form of subnationalism. But if nationalism is, by virtue of its exclusions, illegitimate, so should subnationalism be (unless purely defensive), which often produces the same logic in miniature. It should be subject to the same suspicion. In a way, both need to be held to a human rights standard.

If South Asia wants to get out of the morass of deadly identity politics, it will have to make a commitment to human rights in general, not align them to a communal imagination. If individuals have freedom and dignity, identities will flourish and proliferate anyway. But these will be freely chosen, not scripted by exclusionary nationalisms. No matter how presumptuously a community might feel it can get away by denying other communities their rights by virtue of its power or numbers, eventually the culture of impugning rights comes and bites back.

India is right: Pakistan’s persecution of its minorities has deeply distorted its nature and character. But India is being complacent if it thinks that the decimation of law, the suspension of habeas corpus, and the near permanent state of emergency we have practised in Kashmir is not coming to imperil the liberties of all of us. In some ways, it already has. Whichever way we look at it, there is no way out for South Asia unless there is a culture of commitment to human rights, not human rights as communal props. The challenges of both India and Pakistan can be solved only if we re-imagine ourselves, internally, as a zone of freedom, not warring identities.

It is easy to hear the utter derision human rights evokes. They can be conceptually complicated. But we have a good start. It looks like we understand the rights of individuals in particular groups. All we need to do is extend the same courtesy to everyone else. But in a week when we will be drowned in Gandhian piety, it is worth going back to first principles and asking: Even with these bombastic diplomatic victories, and full arsenal of force and repression at our disposal, can we imagine an enduring peace in South Asia, without reorienting its culture to individual dignity and freedom?

As Gandhi knew: We can either be free together or not at all.

This article first appeared in the print edition on October 1, 2019 under the title ‘Free together, or not at all’. The writer is contributing editor, The Indian Express.