Defence reforms should be a priority, the most vital being the creation of a Chief of Defence Staff Each of India’s post-Independence conflicts has seen the Indian public aroused by intense patriotic fervour; a phenomenon duly accompanied by suitable bombast from politicians. But no sooner has the crisis passed, that more mundane and pressing concerns about issues like “roti, kapda, makan, naukari”, rightly, resume their significance in the lives of people as well as “netas”.

India’s politicians have, traditionally, not considered national security worth their time and attention because it was never a “vote-catching” issue. Therefore, for 70 years, they happily left the management of defence and security to the bureaucracy, and devoted themselves to political survival.

The run-up to the 2019 general election seems to have changed this forever. The Pulwama terror strike and its sequel saw a major shift of political focus with national security issues being accorded prime importance in election rhetoric. Post-election analysis has convincingly shown that the ordinary voter was indeed swayed by security issues. The NDA government’s show of resolve, as demonstrated by the September 2016 cross-border raids and the February 2019 air strikes on Pakistani targets, was noted and applauded. These audacious actions also seemed to have mitigated resentment on account of demonetisation and overtaken concerns regarding unemployment and other issues amongst both rural and urban voters.

While this dramatic paradigm shift may have upset the Opposition’s calculations and led to their rout, it should bring cheer to the security and defence establishments. National security, having proved itself a prime “vote-catcher”, is guaranteed henceforth to garner the politician’s close attention. Another more recent development that prima facie bodes well for national security is the upgradation of the NSA from minister of state to cabinet rank.

The prime minister, by creating a full-fledged “Minister for Security”, has added a sixth member to his Cabinet Committee on Security (CCS), currently comprising ministers of home, defence, finance and external affairs. The present NSA’s credentials and expertise in the fields of internal security and intelligence as well as the affairs of our “near abroad” are well-known and his elevation could be the key to ensuring that focus is retained on national security.

There are, however, certain critical aspects of national security where the current state of play leaves room for ambiguity and uncertainty, starting with haziness of the concept itself. Theoretically defined as “multifaceted and all-encompassing”, national security is often stretched to include a mind-boggling diversity of issues. This is precisely the reason why repeated endeavours at formulating a national security doctrine have failed. India’s bureaucracy is simply incapable of digesting and processing draft doctrines that have attempted to address vast agendas ranging from economic, food, cyber and energy-security to border-management, governance and Centre-state relations.

There is clearly a need to view national security through a narrower prism and evolve a less ambitious doctrine that focuses on matters directly related to defence and security. It must provide strategic guidance to the military within clearly defined national aims and objectives. But for this to happen, a crucial “grey area” in our higher defence organisation (HDO) needs to be addressed.

The Chairman, Chiefs of Staff Committee (COSC), has many key roles to play in the HDO but his current status and empowerment constitute a serious national security lacuna, which has neither been acknowledged nor rectified by successive governments. As the senior-most serving officer of the armed forces, the primary function of the Chairman COSC is to oversee functioning of “joint” formations like the Strategic Forces Command (SFC) and the Andaman & Nicobar Command, as well as tri-service training institutions through an Integrated Defence Staff, created post-Kargil to support him.

Far more critical is the chairman’s role in the nuclear command chain. As “boss” of the CinC SFC, who tasks the army’s missiles, the navy’s submarines and air force fighter-bombers for nuclear weapon delivery, he constitutes the key link and military interface between the prime minister, who is the head of India’s Nuclear Command Authority, and India’s nuclear forces. Bringing clarity to the role and responsibilities of Chairman COSC will reinforce the credibility of our nuclear command and control, especially with nuclear-armed INS Arihant and the Agni-V inter-continental ballistic missile on the horizon.

Under existing rules, this post is held in rotation by serving Chiefs who discharge the chairman’s duties on a part-time basis. The enormous incongruity and farcical nature of this system has recently been demonstrated. The retiring Naval chief passed the mantle of Chairman COSC to the Air Chief, who has three months to serve, before the latter hands it over to the Army Chief, who retires just three months later!

Both the UPA and NDA governments have, over the past 15 years, spurned expert recommendations that India’s nuclear-deterrent, as well as demands of 21st century warfare call for urgent defence reforms, the most vital being creation of a Chief of Defence Staff. As an interim measure, they suggest the appointment of a full-time “Permanent Chairman COSC” with a fixed tenure. Having ignored this advice, the last government went on to constitute a Defence Planning Committee (DPC) headed by the NSA to “facilitate comprehensive and integrated planning for defence matters”. This step, sidelining the Raksha Mantri, was another reminder that the NSA’s role and charter in the nuclear command chain and his relationship with the Chairman COSC need early formalisation and promulgation.

Given the radical military transformation, modernisation and down-sizing recently undertaken by China, it would be extremely myopic for India to stall defence reforms any longer. Such reforms, the world over, are wrought by visionary and enlightened politicians often in the face of fierce opposition by service chiefs. In the UK, three defence ministers — Sandys, Heseltine and Nott — are celebrated for their reformist role in creating a genuinely integrated MoD and enforcing jointness. In the US it took herculean struggle by two pro-active politicians, Senator Goldwater and Congressman Nichols, to bring about radical security reform through an act of the US Congress.

Is it possible that Rajnath Singh could be India’s man of the hour?

The writer is a former chief of naval staff, and chairman of the Chiefs of Staff Committee 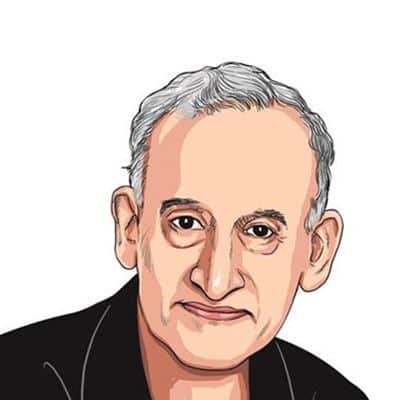