For The Record: Preserving Calcutta for the future

A letter to the chief minister of West Bengal on safeguarding and restoring the city’s architectural heritage. 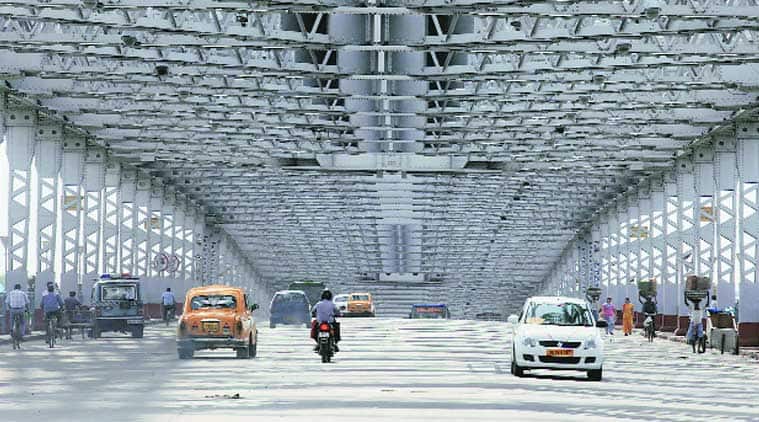 The Howrah Bridge in Kolkata.

Calcutta is one of the great cities of modernity, and Asia’s first cosmopolitan metropolis. Like other great modern cities, its cultural inheritance is contained not only in its literature, cinema, art and music, or in its political and intellectual history, but palpably in its lived spaces and its architectural ethos. This ethos is remarkably distinctive, and unique to Calcutta; it includes not only the rajbari mansions of north Calcutta and the grand colonial institutional buildings of central Calcutta, but the houses in which people have lived, and still live, in various neighbourhoods in the city — Bakulbagan, Hindustan Park, Kidderpore, Paddapukur Road, Bhowanipore, Sarat Bose Road, and Ganguly Bagan, to name just a few. These and others areas should really be declared heritage precincts. As Esther Duflo, professor of poverty alleviation and development economics at the Massachusetts Institute of Technology, has said, Calcutta neighbourhoods should be showcased to the world in the same way that Prague and other great cities showcase their architecture. The first reason for this is the vivid way in which the history of a unique Bengali modernity is represented by Calcutta’s buildings from the last century to the 1950s. The second reason is that, as Duflo points out, these buildings and precincts are the very things that will attract the international visitor to the city.

But these houses are being torn down today at an incredibly rapid pace and so indiscriminately — principally for the land on which they stand — that there is an urgent need to introduce measures preventing such destruction. Such measures would not be unique to Calcutta; all major cities worldwide, whether in Europe (Berlin, London, Paris), Latin America or North America, have laws that forbid the destruction of existing buildings. Nor would they necessarily oppose new developments; such developments can and will take place in areas that can accommodate them, as Calcutta expands. Moreover, a homeowner has a fundamental right to sell their property; but neither buyer nor seller should, ideally, have the right to demolish existing buildings, since these add up to a city’s collective inheritance and history. While there is a process in place to do with changing the name of a street, which acknowledges the right that people have to object to the name-change, there are no real guidelines to, and hardly any accountability regarding, demolition, and it appears that the character of the neighbourhood or para can be destroyed with impunity. Measures protecting not just heritage but both the cultural individuality and the multifariousness of the city as represented by its architecture are now long overdue in Calcutta; their introduction would show an unprecedented commitment to re-engage with this great city’s identity and history. We believe that such an act of commitment is now unavoidable. There are some immediate measures that the government should adopt without delay.

The West Bengal Heritage Commission and the KMC Heritage Committee unfortunately lack teeth. They should be empowered so that they can make urgent, tangible contributions, and also encouraged to work in consonance with each other. The list of heritage buildings should be urgently and substantially extended. Various neighbourhoods should be declared heritage zones or precincts, and criteria should be swiftly established for doing so.

In this context, one of the most practical solutions towards protection would be the one suggested by the architect Partha Ranjan Das — to introduce Transfer of Development Rights, whereby owners of buildings are allowed to sell the equivalent of land value to “developers”, who can then use those rights to extend new properties being built elsewhere. In this way, the great buildings and neighbourhoods will continue to survive. Moreover, Transfer of Development Rights costs the government nothing and, in fact, will earn it considerable revenue. We urge the government to see this not as a marginal issue, but as one that is central to the city’s history and to its future, and to act without delay.

“I am writing this letter from the campus of Stanford University, which I am visiting for a week to write a joint paper with Kenneth Arrow on ‘what we owe to the future generations’. This is a largely technical paper in economics, but I am struck by a coincidence here. I cannot but feel that the general topic of the joint paper I am writing with Arrow is very close to the particular subject of your joint letter. We do owe to the future generations a preserved and unmutilated heritage of Calcutta’s eccentric but exciting old buildings. I hope we succeed in bequeathing to people in the future the opportunity of enjoying Calcutta’s enthralling architectural inheritance.”