Life-threatening incidents dealt by firefighters, require presence of mind, courage, intelligence and patience. Risks are a part of the job and it is a way of life for us. 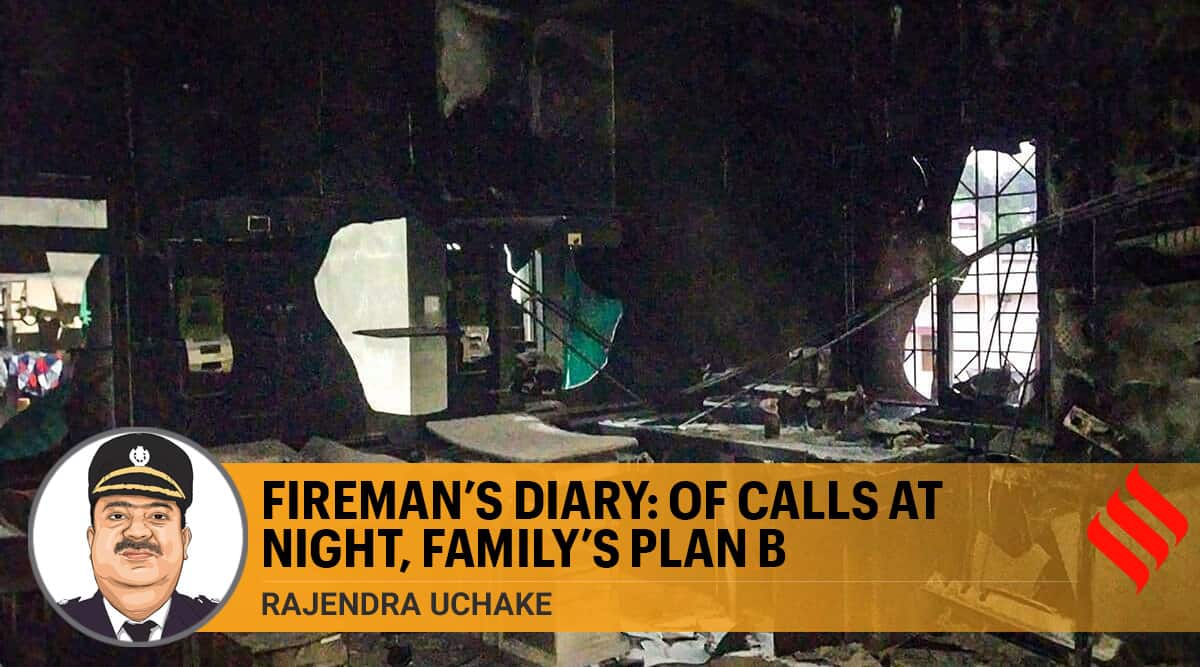 Bhandara: Charred remains of furniture and other equipments at the Bhandara General Hospital, where a fire broke out, in Bhandara (PTI Photo)

Many years ago, in the late hours of the night, a fire broke out at a prominent science college in Nagpur. With a hose pipe in our hands, my colleague and I made our way to the laboratory that was engulfed in huge flames. As we got close, there was an explosion and the room filled with smoke. We were gasping for breath but couldn’t find a way out. Finally, we decided to lie down on the floor and use the hose pipe to trace our way back to safety.

In the 28 years that I have been part of the firefighters’ family, life-threatening incidents such as these, which require presence of mind, courage, intelligence and patience, have been many. Risks are a part of the job and it is a way of life for us.

I always wanted to join a profession where I would get to wear the uniform. At 20, after I failed to clear the exams for the National Defence Academy, I gave up on my dream of joining the defence forces. Later, I appeared for another competitive exam and got admission to the Sub Fire Officers course at the National Fire Service College. A year later, I joined a big petrochemicals firm, and worked there for 11 years. However, highly effective preventive measures ensured that industrial accidents were rare at the firm. I was looking for a challenge, and that is when the offer to join the Nagpur Municipal Corporation’s (NMC) Fire Brigade as Assistant Station Officer came up — a 24/7 job to cater to not just fire exigencies but also other accidents.

Over the years, I have found that rescuing a person trapped in fire sometimes becomes more difficult because of the noise created by onlookers. I once experienced it when a two-storey building had collapsed. We rescued two people alive from under the debris but couldn’t find a nine-year-old girl. It was dark, and we had put up inflatable lights which were drawing power from a generator. The thrumming of the equipment along with the noise created by the crowd that had gathered made it very difficult to hear any cries for help from the trapped girl and to trace her location. Suddenly, the generator ran out of fuel and the lamps went off. The crowd became silent and almost immediately a faint sound of someone in pain could be heard. Within minutes, the girl was rescued alive. Only a firefighter knows that relief, that satisfaction of pulling people out of the jaws of death.

At times, firefighters face criticism over their response time. What people don’t understand is that the teams have to negotiate their way through heavy traffic to reach the accident spot, which is often milling with anxious crowds. Other factors such as paucity of staff and fire tenders may also impact response time. While Nagpur’s fire-fighting facilities are adequate, the NMC Fire Brigade routinely gets called for accidents outside the municipal limits, across the Vidarbha region, where the facilities may be found wanting.

Bhandara, for example — where 10 newborns died during a fire at the district hospital on January 9 — has only one fire tender and four contractual employees. However, the team still managed to control the fire. Imagine if the already stretched team had to respond to another fire call simultaneously? What would they have done?

A firefighter’s job also takes a toll on his family life. Firstly, given the risks of the job, no one wants to marry a firefighter. My wife Archana and daughters, Maithili and Sameera, have now adjusted to the realities of my profession. Every time I go out on a mission, my wife says, “You don’t need to be too daring.” As my daughters grew up, they joined their mother in voicing concern. At times, particularly in the summer months, when fire incidents are more frequent, the phone ringing at night alarms them. When I return from the spot, my blackened face tells them my story but their anxieties soon give way to relief.

Even when we step out, my family has a Plan B ready in case I get a distress call. It upsets them, but they have become accustomed to this life. When I return, my wife keeps water ready for my bath, lays out my clothes, and serves us a sumptuous meal. Things seem normal again, till the next phone call.

This article first appeared in the print edition on January 24, 2021 under the title ‘Fireman’s diary: Of calls at night, family’s plan B’. Rajendra Uchake is the Chief Fire Officer at Nagpur Municipal Corporation. Translated from Marathi by Vivek Deshpande

A bridge in Bastar — why a district, security men are counting on it