Fifth Column: The RSS needs to change a lot more than its knickers

The ‘idea of India’ that leftists and secularists cling to so passionately is one in which the subcontinent has come to resemble a vast slum, in which the majority of Indians live in degraded conditions without clean water or clean air. 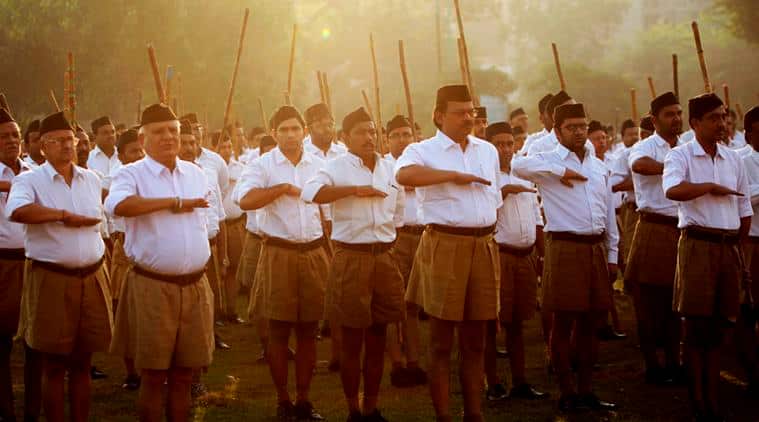 Long have I waited for a chance to analyse the RSS in this column, so let me begin by thanking the Congress party for making this possible. Had Congress stalwarts like Ghulam Nabi Azad and Digvijaya Singh not put this hyper-nationalistic organisation in the same category as the Islamic State (IS) or Daesh, I would not have my chance. The comparison by these Congress leaders was so odious that Azad had to produce a CD of his speech in the Rajya Sabha to show that (unlike Digvijaya Singh) he never said that the RSS and IS were two sides of the same coin.

What he did do though was speak of them in the same sentence and declare that he was opposed to both. He did not add that never in its nearly hundred-year-old history has the RSS sold women in slave markets, turned children into executioners or killed innocent people in foreign capital cities in the name of god. IS has done all these things and has justified its actions using verses from the Quran. The truth is that this evil Caliphate is today (and I know that I have said this here before) the greatest threat to civilisation as we know it. Is the RSS?

Having cut my political teeth in the leftist, liberal environs of Lutyens Delhi, I grew up despising the RSS. I found their aggressive nationalism silly and their obsession with Hindu revivalism boring. I still do. I believe that reducing the vast wealth of Indian civilisation to a debate about beef is vandalism. Since Narendra Modi became Prime Minister, we have seen far too many of his partymen exhibit their complete ignorance about Hindu civilisation by spreading hatred against those who eat beef and believing that they do this in the cause of reviving Hindu thought from Vedic times. Most of them have learned their ideas from RSS shakhas, so it should be clear that the RSS needs to change a lot more than its knickers.

It needs first of all to acknowledge that what India needs is not revivalism but renewal. The ‘idea of India’ that leftists and secularists cling to so passionately is one in which the subcontinent has come to resemble a vast slum, in which the majority of Indians live in degraded conditions without clean water or clean air. And without such fundamental modern services as decent schools, hospitals, housing or transport.

The ugly truth is that few countries in the world look as bad as India does, and if the RSS wants to help, it should employ its armies of volunteers to work for such programmes as Swachh Bharat and Beti Bachao. Instead these volunteers appear to be doing no more than hunting out and murdering people whom they suspect of eating beef. It is shameful that BJP chief ministers have led this pathetic crusade. What people do or do not eat is not the business of politicians or officials. Their business is to improve government services and create jobs. The obsession with beef has become a dangerous distraction.

As for the RSS and its attempts to interfere in education in the hope that they can tinge it with Hindutva, can I say that what they have got right is the need for change. India’s public education system was created by our colonial masters and should have been changed immediately after we became an independent country. It was one of Jawaharlal Nehru’s great failings that he saw no need for change. So Indian children grow up to this day without the smallest idea of what being Indian means. They know nothing of India’s classical languages, heritage or classical writers. Today the real crisis in education is that Indian children are losing their own languages to learn a version of English so bad that to call it pidgin English would be a compliment.

So although the RSS has understood that there is a crisis in the education system, what they have not understood is what needs to be done about it. This is because their ideas are formulated in the narrow confines of RSS headquarters in Nagpur. One visit to the museum there is enough to understand why the RSS needs renewal almost as much as India does. Its current leader is showing signs of seeing the light but he needs to go much further than discussing caste and the role of women. The RSS has understood the threat of radical Islam better than any other Indian organisation, but it has not understood that killing Muslims on the suspicion that they eat beef helps radical Islamists more than it helps Indian renewal.

The RSS is deeply flawed, but it is time to stop demonising it. To put it in the same category as IS shows that our oldest political party is going nuts without power.

CoEP to mentor MIT Academy of Engineering, joint research proposals on the cards