It is hard to understand why a PM so passionate about making India a modern, digital, prosperous country has seemingly not noticed that hunting and killing Muslims on the pretext of cows and love jihad does not sit well with modernity. 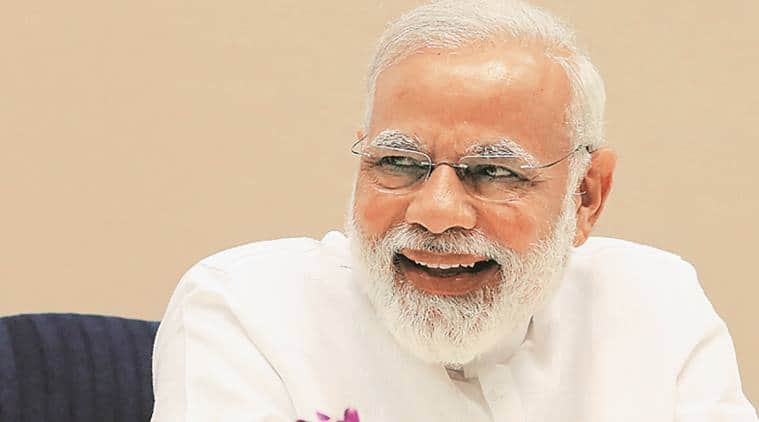 A joke popular on social media these days goes like this. ‘Dear Pakistanis we as a nation have become immune to the martyrdom of our soldiers because they are paid to die, you just try and kill one of our cows then we will show you the fun.’ I begin with this joke to make the point that India is in danger of becoming a laughing stock in the rest of the world because of our new, violent obsession with cows. So enough is enough, Hindu fanatics. Stop! Stop right now if you really love Bharat Mata.

It is hard to understand why a Prime Minister so passionate about making India a modern, digital, prosperous country has seemingly not noticed that hunting and killing Muslims on the pretext of cows and love jihad does not sit well with modernity. The Prime Minister talks about a ‘new India’ built with the energy of the largest population of young people on the planet. Has he noticed that hunting Muslims is serving mostly to distract these same young Indians from far more important tasks?

Why are armies of them not already deployed for Swachch Bharat? Why do we not see educated young people going into villages to help teach skills and basic literacy to disadvantaged children? Why are they not helping solve problems of rural development? Why, on the lines of the American Peace Corps, do we not see an Indian Development Corps? Is it because too much of the energy of our young people is now being used for supposedly saving cows?

Personally I have nothing against a national movement to save cows. It breaks my heart to see abandoned cows living on the edge of open garbage dumps, eating plastic bags to fill their stomachs. I support totally cow shelters being built in towns and cities. And I support jailing Hindus who throw cows out of their homes when they become useless. We could begin by immediately locking up the monsters who poured acid on the backs of a pair of bulls who strayed into their fields to eat their crops. What I do not support is the madness and murderous barbarism that have been unleashed on the pretence of saving cows. It is being led by the same young Indians who the Prime Minister hopes will help build the modern India of his dreams.

It is possible that Mr Modi no longer spends as much time on Twitter as he once did, but he should pay attention to the kind of abuse that is directed daily at those who oppose cow vigilantism and love jihad. Last week, Ghulam Muhammad, 55, a farmer in the Bulundshahr village of Sohi was beaten to death by young men in saffron scarves, said to be from Yogi Adityanath’s Hindu Yuva Vahini. He was killed because these Hindutva killers suspected that he had helped a Muslim neighbour elope with a Hindu woman.

It is cowardice of the worst kind for young men to gang up and kill an old man, so I tweeted against this latest lynching and was immediately subjected to an onslaught of abusive tweets. Tweeters used words that cannot be printed in a family newspaper to attack me. They defended their abuse and threats on the grounds that I had never written against RSS workers murdered by Marxist killers in Kerala. Is that a defence?

What frightens me most is the pride Hindutva tweeters plainly take in every new lynching. They make it clear that the squads of Hindu vigilantes that roam about these days in search of Muslims to kill are in their view heroes avenging centuries of repression by Muslim rulers. Like the cowardly cow vigilantes, these tweeters remain nameless, but from their language it is obvious that many of them are linked directly to the RSS or one of its sister organisations. I know this from having learned to recognise their names from earlier occasions when I have written something in this column that they did not like.

My reason for repeatedly drawing attention to Hindutva violence is because I believe it is motivated not by some twisted nationalism but by uncontainable hatred of Muslims. This hatred is what persuades young Hindus to go out in gangs and hunt for the poorest, most vulnerable Muslims to beat to death. It is true that there have been almost no communal riots in the past three years, but it is also true that there is an insidious new kind of violence that takes the form of hate crimes.

Senior BJP leaders say these hate crimes are not being committed by ‘our people’ but by ‘agents provocateur’ from secular parties who have infiltrated the ranks of Hindutva organisations. Hard to believe. Our secular opposition parties today lack the strength even to rise out of the doldrums.