The one thing that has changed is that they are all forced now to have an Aadhaar card, and if they want work under the MNREGA, they need to upload their details to get a job card 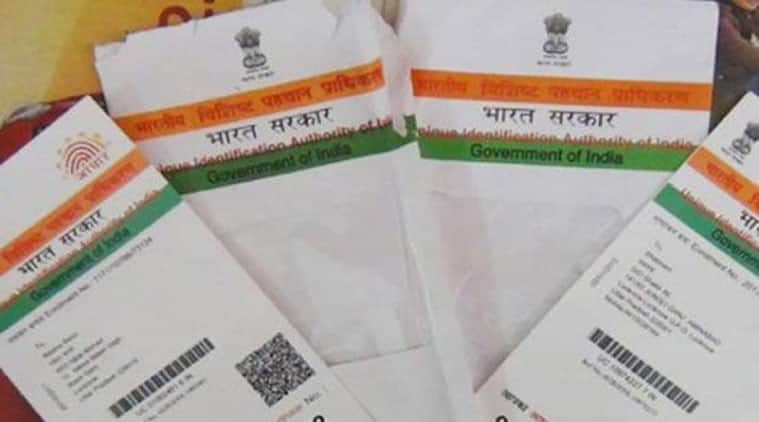 The one thing that has changed is that they are all forced now to have an Aadhaar card, and if they want work under the MNREGA, they need to upload their details to get a job card (File)

In the village last week in which I met a man who had an Aadhaar card but could not use it because manual labour had erased the lines on his fingertips, nobody was literate. There is no road to the village, electricity is erratic and clean water impossible. Village water is so awful that villagers regularly get sick, but to get to the nearest hospital they have to walk 2 km to the highway where they take a bus to the nearest town.

To find work they catch the same bus to a stone mine 50 km away, where they earn Rs 300 a day, of which they spend Rs 60 on transport. The rest on somehow staying alive. It has always been this way, but when the BJP government came to power and the Prime Minister promised ‘sabka saath, sabka vikas’ they hoped that things would change.

The one thing that has changed is that they are all forced now to have an Aadhaar card, and if they want work under the MNREGA, they need to upload their details to get a job card. Nobody in the village has a cellphone so they need to go to the nearest town to do this as well.

A village elder said, “We still believe Modiji is a good man and that he wants to do something for us, but please tell him we cannot spend Rs 100 a day on photos and going online.” If anyone needs proof that it is India’s poorest citizens who are most hurt by Aadhaar, let them travel to a village like the one I went to and do a reality check.

At this point I need to remind you that I have been a conscientious objector to the Aadhaar card. I did not get one for as long as I could because I thought it was a dangerously irresponsible idea, but in the end was forced to get one because it is impossible to do anything in India now without this wretched card.

When banks start demanding one and when even couriers bringing books from Amazon refused to hand them over without it, I was forced to go to a little hole in the wall in my village and get photographed and fingerprinted. By then the long queues had gone.

Last week when the privacy issue made headlines, Nandan Nilekani, the man responsible for this unique identity idea, said there was a malicious campaign against Aadhaar. Not true, Nandan. People like me have objected to it from day one because we understand the ways and wiles of Indian officialdom better than you do.

Literate Indians learn to deal with them by oiling palms and slipping through loopholes, but if you are illiterate and poor and living in rural India, things like Aadhaar end up becoming just another way for some rural official to make your very hard life even harder.

In the villages I visited last week, I asked if there was a place where they could take their grievances and find remedies. They said, “Yes. We can go to the collector, but to get there we have to spend Rs 500 on transport. We don’t have that kind of money to spend.”

Mr Nilekani also said that Aadhaar was here to stay. Yes it is now, and it’s bad luck that Indian taxpayers have spent billions of rupees on adding yet another card to the many we already have, but something needs to be done to stop this card from becoming a monster.

It is bad enough, as the Supreme Court has already pointed out, that it has begun to seem as if we stop being Indians if we lose our cards. But, can we at least stop making it compulsory to do almost everything, from opening a bank account to getting public services that is the fundamental duty of our worthless officials to provide.

It is unfortunate that protests against Aadhaar have come mostly from educated Indians in towns and cities who have raised issues of privacy and identity theft. These voices are heard louder only because those who are really suffering under the weight of Aadhaar are voiceless.

It is ironic that it is those who really need government subsidies to survive the horrors of living below the Indian poverty line now suffer even more because of a card that was supposed to help them. If this information has not reached the Prime Minister’s office it is because his MPs and MLAs rarely visit villages to which there are no roads.

In the villages that I visited last week, the elected representatives of these desperately poor people have not been seen since they last came to ask for their votes in 2014. They gave them happily because they liked what Narendra Modi was saying about ‘parivartan’.