FIFA World Cup 2022: What global stars like BTS reveal about their priorities by refusing to take a stand against Qatar

There has always been a point in history when artists have been compelled to speak truth to power. Now, even the richest and most powerful of them seem unwilling to pay the price for taking a stand 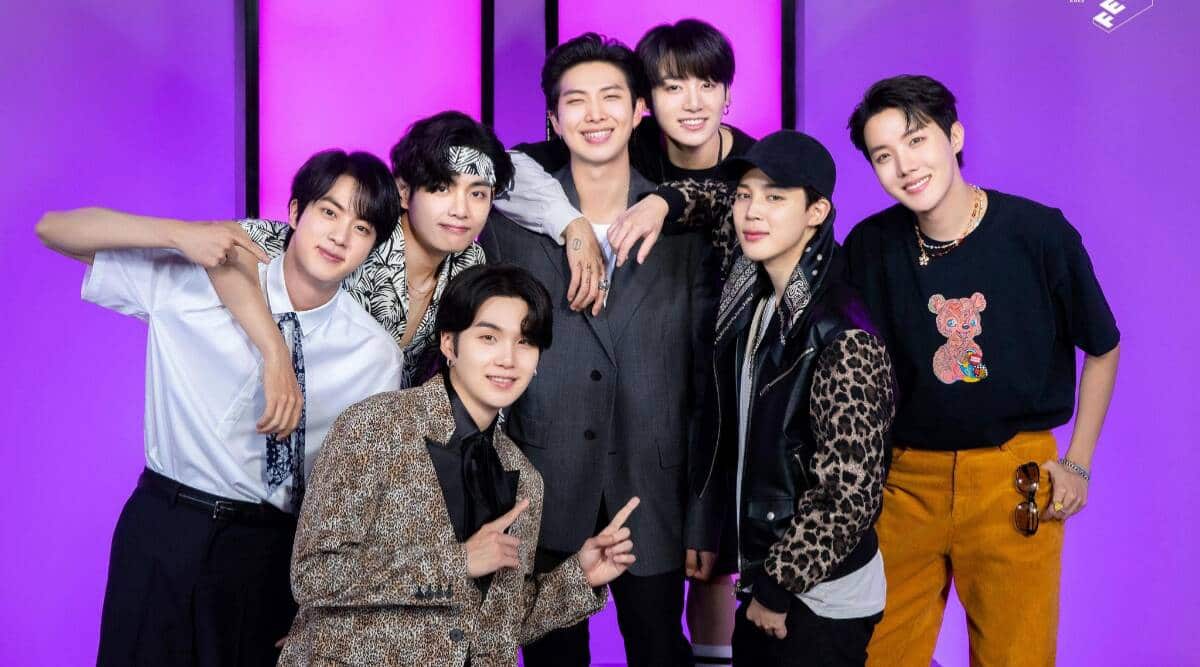 For BTS, their political reckoning should have arrived after the election of ultraconservative President Yoon Suk Yeol, whose poll promise included the abolition of South Korea’s gender equality ministry. (PC: Weverse/ Big Hit)

One of my favourite moments from BTS’s music videos is the scene from their 2017 song, Spring Day, where the members step away from the warmth of a motel named Omelas, despite having a gala time within its walls. This was in reference to Ursula K Le Guin’s 1973 masterpiece, The Ones Who Walk Away From Omelas. Le Guin’s story is set in the “utopian” city of Omelas whose eternal happiness depends on the everlasting misery of a single child. When the children of Omelas come of age, they are told about the existence of this child locked away in captivity. While many accept this unfairness and choose to stay, a few walk away from the city.

One can say that the FIFA world cup festivities of Qatar’s stunning stadiums represent the dystopian happiness of Omelas. However, unlike the Spring Day music video, BTS members are not stepping away from its cheerful facade that is built on exploitation.

The well-documented accounts of Qatar’s dangerous, uncaring working conditions, which have reportedly claimed the lives of more than 6,500 migrant workers, have been circulating way before the stage for FIFA’s opening ceremony was set. These reports are accompanied by Qatar’s outright violation of the rights of women and LGBTQ+ persons, which are legally suppressed by the state.

For instance, Qatar’s “male guardianship” system denies women the right to make key decisions for themselves around travel, marriage, or pursuit of higher education. Similarly, the punishment for same-sex relationships ranges from imprisonment to the death penalty. Though homophobia and the negation of women’s freedom exist globally, it is the legal sanction of these ills (with little opposition within the semi-constitutional monarchy) that makes Qatar a special defaulter.

Additionally, the fact that Qatar reportedly bribed FIFA officials to win the world cup bid makes it a highly-contested host for the world’s most-watched sports tournament.

Against this backdrop, it goes without saying that anyone who believes in democratic values will express unease as they participate in the FIFA World Cup, 2022. Though it looks like BTS (arguably the biggest musical act in the world) does not count itself as someone who prioritises progressive values.

Many make the case that music and sports should not be mixed with politics. But this is an insincere argument. Sportspersons and musicians do not exist in isolation from the social realities that surround them. Years ago, writer Toni Morrison famously said, “All of that art-for-art’s-sake stuff is BS” (bulls***t). She explained the adage by adding, “the ones that try hard not to be political are political by saying, ‘We love the status quo.’”

Earlier, BTS has shown their interest in world affairs through the partnership with the UN and vague socio-political references in their music discography. These acts, though meaningful, have always felt disingenuous in a way that is hard to explain.

While talking about their donation to Black Lives Matter, following the murder of George Floyd, BTS leader RM had said “even a pebble can be political”, but the group’s lack of clear positioning on domestic and world politics feels unsatisfying.

Now, Jungkook’s participation in the FIFA opening ceremony only reinforces the boyband’s “apolitical” ideology which only empowers Qatar and its unjust ways. At this moment, it’s important to note a distinction between participating in a government-run show and hosting a private concert held solely for the fans. The former is an endorsement of the government, the latter is not.

Scholars like Hannah Arendt have long conceptualised ideas like the “Banality of Evil”, which explains that one does not have to be monstrous to aid regimes that do monstrous things. One simply needs to be complicit and pose no opposition to the establishment that engages in the exploitation and eventually ends up normalising it.

Echoing Arendt’s theory, anti-caste writer Sankul Sonawane evocatively exposes this benign complicity in the context of FIFA 2022 and tweets, “Thinking of the thousands of Indian & other South East Asian labourers who died under modern day slavery to build the infrastructure for this football world cup. If you wonder how did no one stop slavery in America in the 18th century, ask why do we allow it in the 21st century?”.

What does it say about fans who cheer Jungkook’s performance at the futuristic Al-Bayt Stadium when we know that Jaleshwar Prasad, a migrant labourer from India, lost his life at the same place due to the harsh working conditions?

There have always been points in history when artists have been compelled to speak truth to power. For the Dixie Chicks, it was America’s invasion of Iran and for many artists in India, it was the 1975 Emergency. More recently, pop stars like Taylor Swift were woken up from their apolitical slumber after the election of Donald Trump.

For BTS, their political reckoning should have arrived after the election of ultraconservative President Yoon Suk Yeol, whose poll promise included the abolition of South Korea’s gender equality ministry. Another major opportunity was the ongoing 2022 FIFA World Cup.

While smaller artists run the risk of revenue loss, boycott, and even arrest for making a political statement, big names like BTS have far lesser stakes, thanks to an ARMY of devoted fans and a net worth of millions.

In weeks leading up to the world cup, ten European teams voiced their intention of wearing “One Love” armbands to express support for LGBTQ+ rights on Qatar’s grounds. England’s football association demanded compensation for those affected by the World Cup construction projects. Denmark’s team is expressed their disagreement with organisers by wearing “toned down” shirts because their sponsor Hummel does not “wish to be visible during a tournament that has cost thousands of people their lives”.

Following the criticism from fans for her alleged participation in FIFA’s opening ceremony, British singer Dua Lipa wrote in an Instagram story that she will be “cheering England on from afar” and will “look forward to visiting Qatar when it has fulfilled all the human rights pledges it made when it won the right to host the World Cup.” British pop star Rod Stewart claimed that he refused over a million dollars from Qatar for his FIFA presence.

These developments show that the relentless work done by journalists and activists about Qatar’s shady FIFA business has tainted its “sports washing” attempts.

Over the years artists and sportspersons have “paved the way” for expressing one’s solidarity with just causes, be it the iconic 1968 Olympics Black Power salute moment or the Iranian team’s refusal to sing their national anthem before their match this Monday.

None of these acts has been easy. But then allyship is not supposed to be easy and solidarity is not without sacrifice. This begs a question: Are global figures like BTS willing to pay the price? Are they willing to walk away from Omelas?

Swastika Mukherjee recalls how a fake MMS scandal made her relatives question her parents: ‘My mom got so mad, angry’