Key lesson from farmers’ protest is that steamrolling Parliament backfires

The extraordinary haste with which the farm bills were pushed through both the Houses has created the present crisis, which can only exacerbate the economic woes caused by the pandemic. Every ruling party must have the humility to accept that there could be an opposing viewpoint, which needs to be listened to and examined. (Illustration by C R Sasikumar)

The agitation of farmers over the recent farm laws has continued for over three weeks and there is no end in sight. The enormous economic loss and the dislocation of normal life around Delhi could have been wholly avoided if the Bills had not been bulldozed through Parliament. The agitation teaches us the importance of following parliamentary procedure not just in letter but in spirit as well.

There are strong indications that the new legislation is desirable and will bring in much-needed market reforms in the overregulated farm sector. As on date, there is no contrary evidence that the new proposals will adversely affect farmers in the long run. There is no justification for a minimum support price regardless of demand and supply. No one would think of assuring a pharmaceutical company a minimum price for essential medicines that it produces, irrespective of whether the quantity produced far exceeds the demand. The benefits of liberalising the non-agricultural sector of the economy in 1991 established that, in the end, market forces cannot be ignored. For the first 30 years, under the Essential Commodities Act, 1955, several control orders were passed on products such as cement and steel, and these were intended to ensure their availability at fair prices. The result was just the opposite: Severe shortages, a huge black market and massive corruption. Equally disastrous were laws relating to monopolies and industrial development that left India a stunted nation with dwarf corporations.

Legislation that benefits the nation but hurts vested interests will always meet with vehement opposition. It is, therefore, necessary that the benefits of a new law are demonstrated through debate and discussion. There must be empirical or other evidence that shows the deleterious economic consequences of continuing with the status quo. As the farm bills marked a radical departure from the existing system of selling agricultural produce, the least that could have been done was to refer them to a Select Committee.

Opinion |Rajiv Mehrishi writes: It is astonishing that farmers are speaking up to protect traders’ interests

Regrettably, the three Bills were passed on a Sunday (September 20) by a voice vote despite a request for an actual vote. The demand by the Opposition for discussion was also turned down.

At the heart of a constitutional democracy based on the Westminster model is the importance of Parliament, which is the fountainhead of all laws. The ruling party undoubtedly commands a majority and has the right to implement the promises it has made in its manifesto. But, “Parliament” includes the Opposition as well and even though a bill may be certain to become the law, it is necessary that the established procedure is followed. Thus, if a proposed legislation has far-reaching consequences, it is best to refer it to a Select Committee for consideration. The Committee then gets to deliberate the Bill, clause by clause, and away from the sometimes surcharged atmosphere prevailing in both Houses of Parliament. And even more important, the Select Committee can, and often does, get the views of experts on the impact, particularly economic, of a proposed law. In the end, it is always open to Parliament to accept or reject the recommendations of the Select Committee, but every citizen has the satisfaction that a new, important legislation has come into force after careful scrutiny.

Courts in all functioning democracies pay great deference to laws passed by Parliament, which are presumed to be constitutional and are seldom struck down. These laws are supposed to represent the “wisdom of the legislature” because they are enacted, according to convention, after a careful examination of their provisions. And the essence of constitutional morality, according to B R Ambedkar, is respect and adherence to constitutional conventions. It is a matter of concern that fewer and fewer bills are being referred to Select Committees or even deliberated upon. Recently Chakshu Roy wrote that while 71 per cent of the bills were referred to a Select Committee in the 15th Lok Sabha (2009-14), only 25 per cent were so referred in the 16th Lok Sabha (2014-19). In 2019, 17 bills were referred and none in 2020. Lord Acton rightly warned: “The moment a ruler or state tries to achieve perfection, or ‘one view’ of how things should be, is when things start to go bad.”

A new law can always come into force at a later date and can even be made applicable piecemeal. It is also possible to notify it to apply to select states or districts. If laws like the farm legislation are likely to meet with opposition by vested interests, the best way to demonstrate their beneficial effects is to implement the laws in select states or districts for a year. Just as no company will launch a brand new, game-changing product without market testing or start a new manufacturing method without a pilot project, it is worthwhile considering the implementation of a controversial law on a trial basis. The feedback can decisively demonstrate whether the new law can achieve its objects and prove beneficial to the nation. It can also reveal flaws in the new law. Indeed, if GST had been implemented on a trial basis for select products, it would have revealed the serious technological deficiencies and the nation would have benefitted by delaying its implementation. It is still not too late to implement the new farm laws in select states and demonstrate their salutary effect.

The biggest lesson for all ruling parties is that following constitutional conventions always pays dividends — it benefits the nation and preserves the dignity of Parliament. The delay that arises by following parliamentary procedures and constitutional conventions can actually provide the proof that the new law is really the right choice and those opposing it have placed their short-term vested interests ahead of the national interest.

Indeed, every ruling party must have the humility to accept that there could be an opposing viewpoint, which needs to be heard and examined. The extraordinary haste with which the farm bills were pushed through both the Houses has created the present crisis, which can only exacerbate the economic woes caused by the pandemic. As philosopher Karl Popper put it: “Our greatest troubles come from our impatience to better the lot of our fellows.”

This article first appeared in the print edition on December 24, 2020 under the title “How to unscramble farm mess”.  The writer is a senior advocate

FinMin gets suggestions on reforms, spending push and disinvestment 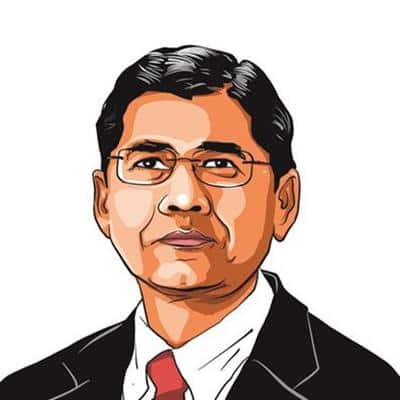