🔴 Rahul Bajaj writes: As a recent Supreme Court judgment shows, reasonable accommodations, such as compensatory time to enable them to finish an exam, should be made. 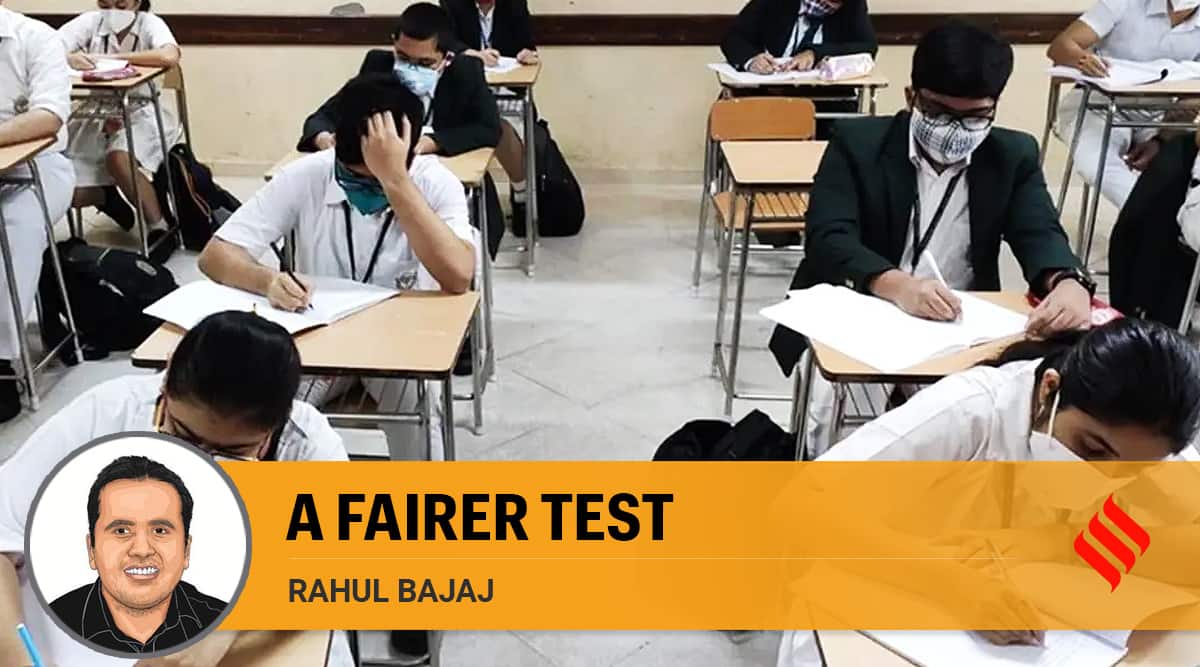 One such issue was at the forefront of a recent Supreme Court judgment delivered by Justice D Y Chandrachud in Avni Prakash v National Testing Agency and Ors.

As disabled people, many of us are familiar with the ordeal we must face in getting our additional needs met for giving regular or competitive exams. These challenges range from obtaining timely approvals to use a scribe to getting exam questions in an accessible format and being granted compensatory/extra time. One such issue was at the forefront of a recent Supreme Court judgment delivered by Justice D Y Chandrachud in Avni Prakash v National Testing Agency and Ors.

Avni Prakash, the appellant, has dysgraphia, a disorder that causes impaired handwriting. Prakash appeared for the National Eligibility-cum-Entrance Test (NEET) for admission to undergraduate medical courses on September 12, 2021. Given her disability, the appellant asked for the granting of one hour of compensatory time, in addition to the three hours prescribed for regular candidates. On the day of the exam, conducted at the Thakur College of Engineering and Technology in Mumbai, the Appellant’s answer sheet was snatched away from her on the completion of three hours, and she was given no compensatory time.

She approached the Bombay High Court. The National Testing Agency (NTA) — the body tasked with conducting the exam — argued that candidates with disabilities had to furnish a disability certificate in the format prescribed in the NTA’s information bulletin for the examination. The appellant had not done so. The NTA stated that the appellant’s case would be considered on the certificate being furnished. When she tried to obtain this certificate, the appellant was told that the prescribed certificate had to be produced for seeking reservation at the time of admission to a medical college, not at the time of the examination. Surprisingly, the HC dismissed petition due to her failure to produce the prescribed certificate and even went so far as to characterise her disability status as being “purported”.

On inclusive education, the Court held that the Rights of Persons with Disabilities Act, 2016 (RPwD Act) recognises the principle of inclusive education for children and adults with disabilities. Amongst the measures that the Act outlines is the duty to make suitable modifications in examination systems, inter alia, through the grant of extra time.

More significantly, however, the Court did not stop at articulating these high principles but actually applied them to the facts of the case at hand. Specifically, the NTA argued that given the result of the exam has now been declared, compensating the appellant, at this stage, would result in candidates currently placed above the appellant in the mark-list losing their slots. In response, the Court made two progressive observations. First, it held that accepting the NTA’s argument would result in the RPwD Act being reduced to a dead letter.

Second, the fact that the NEET is a large competitive examination cannot result in the NTA being granted a free pass for such individual injustices. It therefore called on the NTA to devise and report a suitable compensatory mechanism for the appellant within two weeks of the judgment.

That it took no less than the Supreme Court to remedy this “tragedy of errors” points to the appallingly low levels of awareness about reasonable accommodation in relevant actors who conduct exams in India. Hopefully, this judgment will prompt systemic reforms in the NTA, and other exam-conducting bodies, so that those with disabilities are not penalised for their difference.

This column first appeared in the print edition on December 21, 2021 under the title ‘A fairer test’. The writer is Senior Resident Fellow, Vidhi Centre for Legal Policy, New Delhi