India-France-Australia are well placed to share data to form a common operating picture of the Indian Ocean. 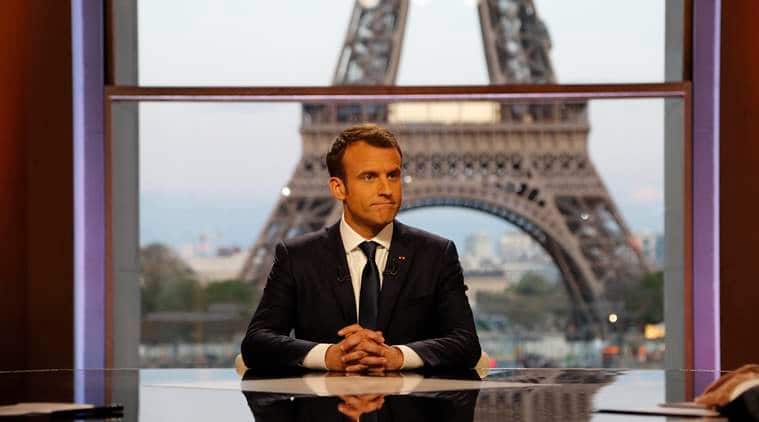 French President Emmanuel Macron said that what he termed “the Paris-Delhi-Canberra axis” should become an established regional structure, reflecting an Indo-Pacific “geo-strategic reality in the making”. (Reuters Photo)

Amid concerns about Chinese assertiveness and the volatility of American policies, the quadrilateral dialogue of the United States, Japan, India and Australia can’t be the only effort at a new strategic arrangement for stability and balance. It’s time for India, France and Australia to join forces. This innovative security triangle is no flight of think tank fancy, but an ambition now being considered at the highest levels of policy. It was the key message of a far-reaching speech delivered last week by French President Emmanuel Macron at a naval base in Sydney.

President Macron said that what he termed “the Paris-Delhi-Canberra axis” should become an established regional structure, reflecting an Indo-Pacific “geo-strategic reality in the making”. Along with Australian Prime Minister Malcolm Turnbull, he agreed to “together define a joint strategy for the Indo-Pacific, with a concrete roadmap of objectives and actions”. Moreover, President Macron said he wanted to share these ideas with India and introduce regular trilateral discussions involving external affairs and defence ministers.

India, France and Australia have a striking convergence of security interests, defence capabilities and maritime geography. These three democracies are also drawn together by values. All three respect a rules-based order informed by the sovereign equality of nations and the need to guard against coercion and interference, whether from states or from terrorism.

France has substantial equities in the Indian Ocean, with territory and force presence. The bilateral military logistic cooperation agreement signed during President Macron’s recent visit to India is a sign of how rapidly a partnership can evolve when there is will. France is not only an Indian Ocean player: It has an appreciation of the wider Indo-Pacific as the global centre of gravity. France has territory in the Pacific and a naval role in both oceans. It has 85 per cent of its huge maritime economic exclusive zone in the Indo-Pacific, along with 8,000 defence personnel and 1.6 million citizens.

France is thus the European country most engaged and most capable of contributing to a balanced and layered diplomatic architecture to reduce tensions in this most global of regions. It can do so as a leader in the European Union, a compelling voice in the liberal democratic order globally, and an enduring strategic power in its own right.

The Indo-Pacific is crucial to the future of all powers. It is made for multipolarity: Too vast for hegemony to be sustained or successful. Yet that does not mean that the region’s shifting game of power and influence will avoid what Macron has cautioned as “hegemonic temptations”, involving frictions, risks and unipolar encroachments on others’ independence.

Notably, China is extending its interests and influence across the Indian Ocean and also now in the South Pacific. The geoeconomic overlay of its Belt and Road infrastructure will bring naval access and military presence, whether or not this is Beijing’s grand strategy. That raises great anxieties, just when others are uncertain about the trajectory of American power under President Donald Trump and beyond.

This, therefore, is the age of a networked Indo-Pacific security architecture. It involves a strategy of diversified special partnerships, identified in Australia’s 2017 Foreign Policy White Paper and endorsed by President Macron as consistent with the recent French Strategic Review.

These links are not exclusively among America’s allies and established partners. Countries like India, Japan and Australia have strengthened ties with each other, while cultivating South East Asian friends such as Vietnam, Indonesia and Singapore. This layered approach involves mutually-reinforcing roles for bilaterals, the quadrilateral and inclusive multilateralism centred on ASEAN.

But three-way dialogues have a certain strength, sometimes without America. India, Australia and Japan share candid assessments among senior officials. There is a robust India-Japan-US trilateral. And Australia’s long-established trilateral with Tokyo and Washington goes further, involving military exercises, interoperability, logistics and intelligence.

India and Australia are pivotal to this strategy, as President Macron noted. Their bilateral relations have fundamentally improved over the past decade, allowing them to collaborate at the core of emerging middle power coalitions. New opportunity is posed by their parallel ties with France. This involves deep technology cooperation, such as Australia’s historic deal with France to build 12 next-generation submarines. But much more can be done, in capability, defence exercises and managing environmental risks.

This agenda was identified in a ground-breaking trilateral forum among more than 50 experts and officials, convened quietly in January on the sidelines of the Raisina Dialogue. Those discussions have helped inform the policy thinking leading up to President Macron’s productive visits to India and Australia.

The three countries are ideally placed to share data to form a common operating picture of the Indian Ocean, watching for environmental stresses, illegal fishing and other and maritime crimes. This could build on existing cooperation between France and Australia in the Pacific. In time, they could formalise three-way information sharing on seaborne traffic of all kinds. Between their island territories — France’s Reunion and Mayotte, Australia’s Cocos and Christmas islands and India’s Andaman and Nicobar islands — they possess a triangle of some of the most strategic maritime surveillance real estate in the Indian Ocean.

As President Macron said in Australia, it is in everyone’s interests for other countries to form “a partnership of equals” with China, informed by principles such as freedom of navigation and overflight and the independence of all nations. This is not about rejecting China’s rise but about engaging it in a system of rules and mutual respect. New trust and cooperation among the other powers of the Indo-Pacific will help provide them what Macron has called “the means to do so”. 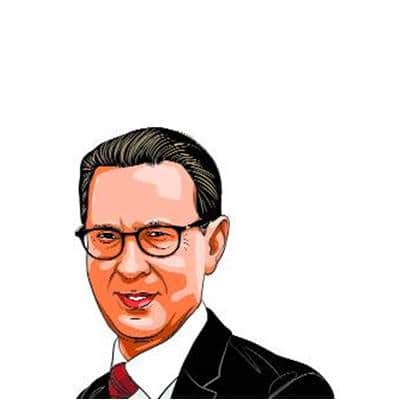