PM Modi and Amit Shah knew Gujarat challenge, what to deploy and when

PM Modi and Amit Shah knew Gujarat challenge, what to deploy and when. What matters is timing and technique 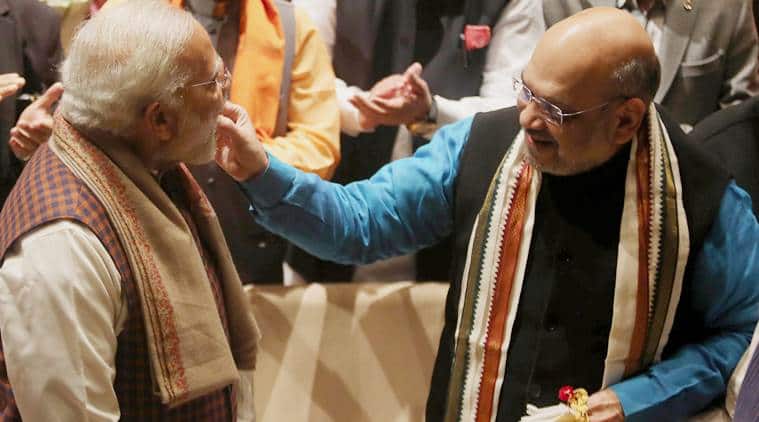 Winning elections has become an art and a science these days. It is no longer just about the traditional ways of campaigning, casteism and cash. Democracy, right from the days of Herodotus, is, no doubt, the will of the people. But the ways of ascertaining the will of the people, or rather moulding their will, have changed. One has to master it, the way Prime Minister Narendra Modi and BJP president Amit Shah did.

Politics is not charity; nor is it a pastime, that you indulge in when convenient. It is a serious vocation that calls for missionary zeal. Winning elections and capturing power is an important means in politics for parties to achieve their ends. So, if Prime Minister Modi spends long hours in Gujarat, it is not something to criticise. Rather, it is something to understand — that elections come first, and if you succeed, then there’s governance. Not the other way around.

Also important to understand is that for success in elections, governance has to be efficient. Because democracy is not about elections alone. It has many other institutions and elements that we call government. Elections are only one part of democracy; and interestingly, all the other parts are unelected. So, a National Green Tribunal decision can make or mar your election. The NGT is a statutory body integral to our democratic governance, and it is not an elected body. We faced it in Gujarat; one decision of the NGT — probably the right one from the environmental perspective — had cost us a chunk of votes.

Returning to the success mantra, Prime Minister Modi and Amit Shah knew the challenge; and they knew what to deploy and when. For, in the end, what matters is the timing and technique.

There were many revolts against the established Church, starting with Emperor Constantine in the 4th century. But success for them had to wait until the 16th century. Martin Luther didn’t do any different thing; he only did it differently. He used the newly invented printing press technology and got his theses against the domination of the organised Church printed and circulated in large numbers, thus leading to 150 years of bloody wars ending in the famous Reformation. We were flying seaplanes of progress in Gujarat while the Congress was happy with bullock cart casteism.

We are living in the information and knowledge era. Citizens are empowered through the constant flow of information in large volumes. Electioneering has undergone a tremendous change. Technique and technology — both have a big role to play. And the BJP has deployed both appropriately and abundantly. Social media in India has come of age. With millions of smartphones, it has become a powerful tool of communication. Mainstream media, too, has grown by leaps and bounds. It has empowered the average voter in the country. He or she can no longer be tackled through traditional politicking.

In an election of Gujarat’s scale, every single vote counts. When you want a mighty rival like the BJP to lose, you have to mobilise and unite all the forces available. But in Gujarat, the Congress could not even keep itself united. It allowed a Shankersinh Vaghela to walk out; dismissed alliance partners; and even ignored traditional vote banks like the minorities. Its leaders assumed that the 21st-century path to the assembly precincts is through temple-hopping.

Gujarat is a traditional state with institutions like Dwarika, Swaminarayan Sampraday and Sabarmati. It has also evolved into a most modern society in the last few decades. Its youth are rich, well-educated, traditional and progressive. Gujarat boasts of world-class scientific and technological institutions today. Development and progress are a matter of pride for the Gujaratis. From Gandhi to Sardar Patel to Modi, leaders have infused a strong sense of patriotism in the populace there.

Any appeal to such a society should have been one of sobriety and modernity. Instead, the Congress leadership chose to ridicule progress and glorify a crass casteist agenda. The Hardik Patel-Jignesh Mevani-Alpesh Thakor trio could have secured a few votes in pockets; but the Congress should seriously ponder over the substantial votes that they lost elsewhere, all over Gujarat, in their ill-conceived effort to divide the cohesive Gujarati society. Many other factors, like Mani Shankar Aiyar’s rants, or Manmohan Singh’s acts, could also have cost the Congress heavily.

But the tragedy is that in its all-round failure, the Congress leadership sees a victory or a revival. It lost power in Gujarat in 1990 and will be away from it for a full 32 years. Yet, rather than introspection about its inability to capture power even after 27 years, it is filled with a false sense of satisfaction.

For the BJP, the lesson is that elections don’t come alone; they come as a package. Governance, a perception of humility, party unity, grassroots network — all these factors matter.

But then, fortunately, we have Modi.