Punjab is being pulled down by drugs. Government must stop blaming strawmen 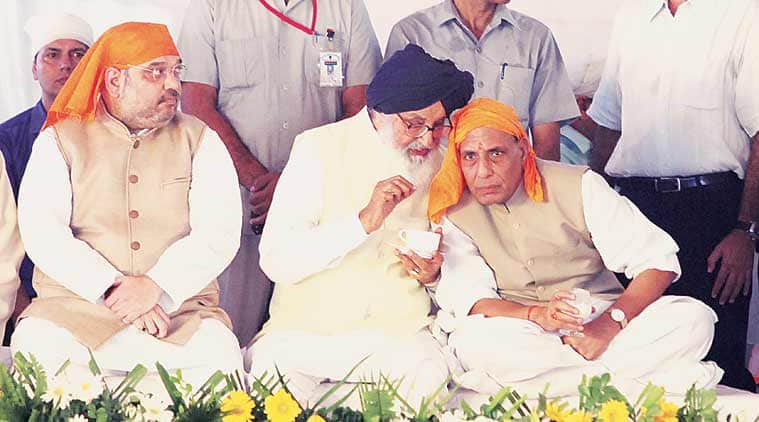 The Badals miss no opportunity to attribute the state’s drug menace to its locational disadvantage — it shares a border with Pakistan. The state government also blames its neighbours, Rajasthan and Himachal Pradesh, for “promoting” drugs and the use of opium and other narcotics in Punjab.

The latest diatribe against the two states was launched after Union Home Minister Rajnath Singh expressed concern over the drug menace at the 350th anniversary celebrations of Anandpur Sahib, birthplace of the Khalsa. While Rajasthan is blamed for not banning the sale of opium and poppy husk and for having a disproportionate number of kiosks selling these close to the Punjab border, Himachal is held responsible for the wild growth and plantation of cannabis.

Ironically, at times, the Badals also make statements about the drug problem not being as serious as it is made out to be.

The issue was brought centrestage by Rahul Gandhi during the last assembly campaign. He quoted a “study” claiming that 70 per cent of the state’s youth were drug addicts and blamed the Badal government. While the state government denied this, the Congress retaliated, stating that Gandhi’s comments were based on an affidavit that the state government had submitted to the high court.

Indeed, such an affidavit had been submitted. But it had wrongly interpreted a study undertaken by Ravinder Singh Sandhu of Guru Nanak Dev University, Amritsar. Sandhu’s 2006 study only pointed out that 73.5 per cent of addicts in the state were between the age of 16 and 35.

The study was limited to about 600 drug addicts in four districts. Although the sample was small, the study had several interesting findings. It found that 79 per cent of the addicts were from low-income groups and nearly 64 per cent from families with land holdings of less than four hectares. He concluded that, among other factors, youth unemployment was a major cause for addiction. Over 60 per cent addicts were from nuclear families and there was little effort to deal with the problem using psychiatrists.

In the absence of scientific help or access to counsellors, some desperate parents take extreme measures, such as approaching the authorities to put their addict sons in jail to keep them from drugs. Another worrying trend is the rise in the number of women addicts. Even children between 4 and 10 are becoming addicts after being lured into the business as couriers.

According to Narcotics Control Bureau figures, nearly 50 per cent of the country’s drug-related cases were registered in Punjab. The BSF and Punjab Police have also made huge recoveries of narcotics. Experts say the government’s approach is flawed. Former DGP (prisons) Shashi Kant also said the government’s claim that Punjab is a route for drug smuggling was hollow and asked why smuggling was restricted to the Punjab border and not prevalent at the Gujarat, Rajasthan or J&K borders.

The fact that a majority of addicts are hooked to cheap synthetic or chemical drugs refutes the government’s claims on smuggling. Relatively few people are addicted to expensive heroin smuggled from Pakistan.

Synthetic drugs are mainly manufactured in Himachal and Rajasthan as well as in some places in Punjab. These are affordable and easily available. It is not without reason that every village in Punjab has a disproportionate number of chemists. In the absence of a scientific survey of the problem, the state government is groping in the dark, seeking to lay the blame elsewhere. A proper study is required if the government is serious about tackling the drug menace.

The government had announced several months ago that such a study would be conducted by Guru Nanak Dev University and Punjabi University, Patiala. However, nothing has happened on the ground. Experts have repeatedly warned the government that the damage being done by the drug menace is incalculable and it is the biggest threat after the militancy that ruined Punjab in the 1980s and 1990s.

The writer is a Chandigarh-based journalist 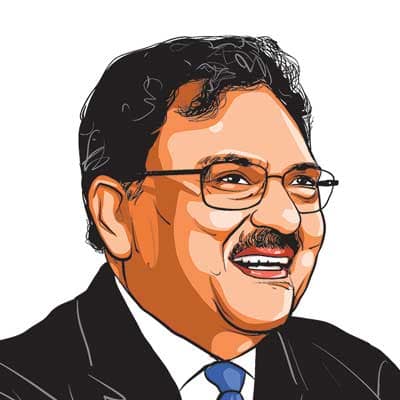