There is evidence to suggest that with a few modifications, MGNREGA can dent poverty. The MGNREGA is a self-targeting programme that assumes that only those who can’t find better-paying, less-strenuous work will participate in the hard manual labour offered under the act.

There are few government programmes that excite as much passion as the Mahatma Gandhi National Rural Employment Guarantee Act (MGNREGA). For advocates, it is a lifeline for the rural poor. For critics, it is a programme that distorts labour markets and does far more harm than good. In this partisan quicksand, it is hard to find firm ground from which to evaluate the promises and challenges of the MGNREGA 10 years after its enactment. However, in recent years, more empirical studies have emerged to provide a solid foundation from which to address a number of questions.

One, how well does the self-targeting mechanism work? The MGNREGA is a self-targeting programme that assumes that only those who can’t find better-paying, less-strenuous work will participate in the hard manual labour offered under the act. A recently published report (of which I am principal author) by researchers from the National Council of Applied Economic Research (NCAER) and the University of Maryland, based on the India Human Development Survey (IHDS) of over 28,000 households before and after the implementation of the MGNREGA, shows that the programme is moderately effective in this. Thirty per cent of poor and 21 per cent of non-poor households participate; and 30 per cent of illiterate households versus 13 per cent of households with college graduates participate. However, it also offers work to a variety of middle-income rural households, such as moderately prosperous farmers who can’t find work during non-harvest periods. Since programmes solely directed at the poor rarely enjoy wide political support, this broad participation may be one reason for its popularity.

Two, does it really reduce poverty? The IHDS shows that among the 24.4 per cent of MGNREGA-participating households, the median number of days worked is 40 and the median annual income from the MGNREGA is Rs 4,030, forming about 8.6 per cent of total household income, a small but crucial part of the household budget. The impact of the MGNREGA on poverty depends on assumptions about what workers could do in the absence of the programme. But estimates based on a variety of assumptions suggest that without the MGNREGA, the poverty ratio would be at least 25 per cent higher among participants. These estimates are based on comparing pre- and post-MGNREGA poverty rates for MGNREGA households and their neighbours with comparable characteristics, even after accounting for poverty reduction due to a strong economy.

Three, does it distort labour markets? The biggest complaint against the MGNREGA is from large farmers, who claim it has provided alternative jobs to agricultural labourers and increased agricultural wages. Data show that agricultural labour wages have risen faster than other wages, but it is not clear that this increase can be totally attributed to the MGNREGA. Although 24.4 per cent of IHDS households participate in the MGNREGA, most households have more than one worker, so only 12 per cent of the men and 9 per cent of the women in the IHDS sample participated in the programme. While individuals often worked 30-34 days, at the population level, this comes to less than four days of MGNREGA work per person; about 2.5 per cent of total workdays for men and 5 per cent for women. Thus, the MGNREGA forms a very small part of rural labour and the impact of other transformations, like the growth in the construction sector, is likely to be greater. While this does not discount farmer concerns in areas with high levels of MGNREGA participation or in those reliant on migrant labour, such as Punjab, much of the impact of rising wages is limited to large farmers. The small and marginal farmers who own the bulk of India’s farms are both MGNREGA workers and employers of farm labour. Thus their MGNREGA income more than makes up for any hardships caused by an increase in agricultural wages. Medium to larger farmers — less than 10 per cent of cultivators — are affected by increases in agricultural wages. The recent MGNREGA emphasis towards improving agricultural infrastructure and irrigation should compensate for this hardship.

Four, why are 70 per cent of the poor not participating in the MGNREGA? The effect of the programme on poverty reduction has been limited by the fact that only 30 per cent of poor households participate. In the IHDS sample, more than 60 per cent of interested households complained of not having sufficient work due to poor implementation. This phenomenon, known as work rationing, varies across the country and some of the poorest states, such as Bihar and Odisha, have particularly low participation rates. Since about 40 per cent of the excluded poor live in low-perfoming states, better performance in these states will be a tremendous step towards increasing inclusion of the poor.

Five, what about cash transfers? Recently, a lobby for replacing employment guarantee programmes with cash transfers has emerged among economists. This would dismantle the bureaucracy and get cash into the bank accounts of individuals without distorting labour markets. However, welfare versus workfare is an old debate. Developed countries, where incomes are well documented and the poor can be more easily identified, often provide cash incomes to the poor. Indian experiments with identification of the poor have been dismal failures, leading to enormous errors of inclusion (the non-poor getting benefits) and exclusion (the poor being left out). There is no reason to believe that we can do a better job of targeting subsidies if we eliminate the self-targeting aspect of work requirement. If cash is to be given to all households for 100 days without that barrier, the financial burden would be enormous.

Cash transfers have other unanticipated impacts, and countries like the US, which have considerable experience with cash benefits, have struggled to incorporate work requirements in cash assistance programmes. For example, in the US, concerns about welfare dependence — and strong political distaste for so-called “welfare queens” — led to reforms that required work participation for single parents, with young children receiving welfare assistance.

Given these considerations, it would not be prudent to let our cynicism about public programmes push us into dismantling the MGNREGA instead of reforming it to ensure better performance — both for household welfare and for infrastructure development.

The writer is professor of sociology at University of Maryland and senior fellow at NCAER. Views are personal. 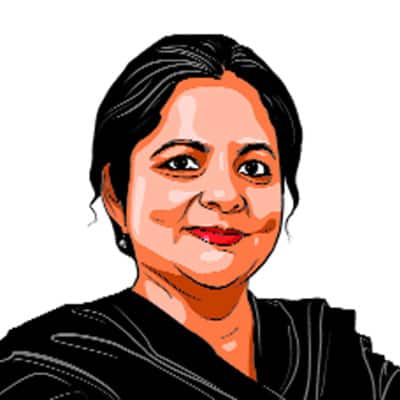