Raja Mandala: Getting down to work with Trump

Like Russia and China, India should resist the temptation of ideological correctness and be realistic in engaging the American president. 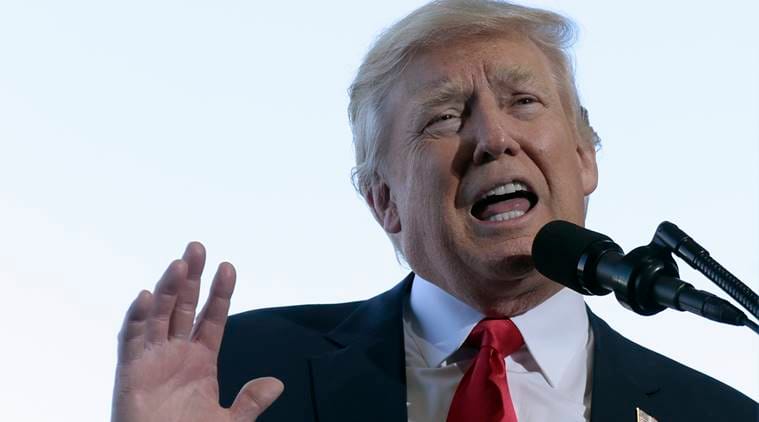 At the World Economic Forum in Davos last month, the Chinese President Xi Jinping claimed leadership of the global economic order amidst the US President Donald Trump’s emphasis on “America First”.

The tendency to present narrow national interests as global good has long been part of great power diplomacy. Big nations can’t simply say their policies are meant to pursue crass political and economic gain. To win popular support at home and legitimacy abroad, they see the need to define interest-based diplomacy as value-based politics.

The most recent examples of presenting self interest in universal terms come from China and Russia. At the World Economic Forum in Davos last month, the Chinese President Xi Jinping claimed leadership of the global economic order amidst the US President Donald Trump’s emphasis on “America First”. Last week at the annual Munich Security Forum, the Russian Foreign Minister Sergei Lavrov called for a “post-West world order”.

Behind this sweeping rhetoric is a different reality — Russia and China are eager to negotiate with Trump’s Washington and are assessing its strengths and weaknesses. Moscow and Beijing have never allowed ideology to come in the way of working with Washington. On its part, Delhi must resist the temptation to see the new round of great power politics in ideological terms. Instead, Delhi should prepare itself to secure India’s vital interests amidst the current international flux.

Amidst the widespread accusations that the Russian President Vladimir Putin is undermining the liberal international order and that Trump has become his willing accomplice, there was much interest in Munich on the future of the US-Russia relationship and its consequences for Eurasia. Denying that Russia has any reason to undermine the global order, Lavrov blamed the expansion of the Western military alliance, the North Atlantic Treaty Organisation for the current turbulence in Europe. He went to define the order for a new framework for global security: “If you want, you can call it a post-West world order when each country, based on its sovereignty within the rules of international law, will strive to find a balance between its own national interests and the national interests of partners.”

Forget Lavrov’s throw away phrase — the “post-West world” — and his rhetoric on sovereignty and international law. Lavrov’s real preoccupation was the construction of a new power-sharing arrangement between Moscow and Washington in Europe. Lavrov reminded the Munich audience that the agreements between Russia and the West at the end of the Cold War called on the two sides “to jointly provide security, based on respect for each other’s interests, to enhance mutual trust, prevent a split in the Euro-Atlantic area, and to erase the dividing lines”. Even as he called it a Cold War relic, Lavrov offered to resume the engagement with NATO. He also sought a pragmatic partnership with America on the basis of “mutual respect” and the shared “special responsibility for global stability,” Lavrov said. “We have immense potential that has yet to be tapped into, and we’re open to that inasmuch as the US is open to that as well,” the Russian foreign minister added.

Moscow’s signals on accommodation have not got through to the wider public amidst the current hostility to Russia in the Western establishments. But in Washington, Trump appears to be holding firm on his belief that improved relations with Russia are good for the United States. Despite the media insinuations that he is a “Russian poodle”, continuing allegations on his campaign’s Russian connections, the growing political demand for a formal investigation into Moscow’s meddling in the 2016 presidential elections, and the strong resistance in Washington to any rapprochement with Putin, Trump has not backed off.

As Trump’s Vice President Mike Pence and Secretary of Defence Jim Mattis reaffirmed the new administration’s commitment to European allies and NATO, secretary of state, Rex Tillerson sat down with Lavrov for the first substantive round of consultations last week. While few details have emerged from this conversation, Lavrov described the talks as “pragmatic and businesslike” and said that “we noted the existence of common interests, primarily in terms of the fight against terrorism.” If the idea of a deal with Russia has survived Trump’s first month at the White House, the jury is out on how long it might endure.

Even if the political environment becomes permissive for a “grand bargain” between America and Russia, the devil will remain in the detail.

Trump and Putin will not find it easy to align their current national positions on issues ranging from Ukraine and Syria to nuclear arms control and cyber security. Whether they succeed or fail, Trump and Putin could alter the shape of great power politics that emerged over the last quarter of a century.

Delhi’s foreign policy discourse has always loved grandiose rhetoric — “collective security” in the 1950s, the “new international economic order” in the 1970s and the “multipolar world” since the 1990s. That rhetoric was of no use in coping with shifting power relations among America, Russia and China through the last seven decades. India’s global gains since the end of the Cold War, in contrast, underline the virtues of realism, sensitivity to changing global power distribution, and the capacity to separate ideological posturing from policy.