Trump’s victory, if it happens, will defy several probabilities. But such defiance is not unheard of. 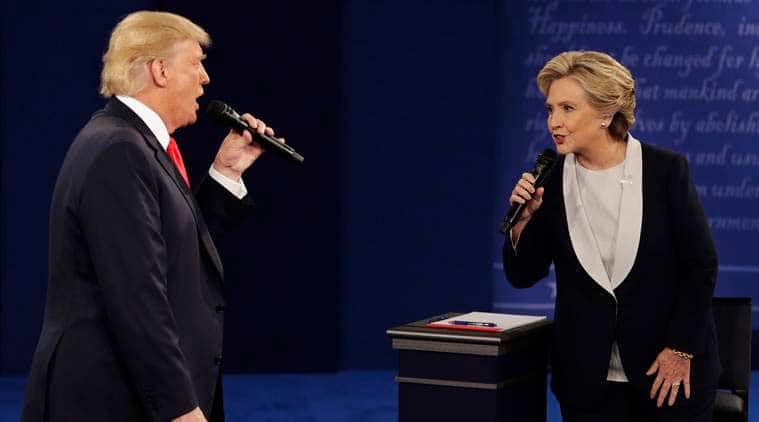 October, a month just prior to the November presidential elections in the US, is known for springing surprises. On October 7, American citizens saw a video, released by The Washington Post, in which Donald Trump boasted of his capacity to sexually force himself on women. In the US, the sexual conduct of politicians tends to matter much more than in Europe. Given the monumental lewdness of Trump’s boast, his campaign began to disintegrate.

Then, on October 28, barely 11 days before the elections, surfaced a note by the Federal Bureau of Investigation (FBI) sent to the US Congress. The FBI, it said, had uncovered emails that appeared “to be pertinent” to its earlier investigation of Hillary Clinton for having used a private email server for official communication during her years as secretary of state (2008-2013), though the Bureau could “not yet assess” whether the material was “significant”. The FBI jolted the campaign, which was going strongly in favour of Clinton.

The key issue in the earlier investigation was whether, by using a private server, Clinton had compromised national security. In July 2016, after a year-long investigation, the FBI had concluded that while Clinton’s use of a private server was “extremely careless”, no “criminal intent” could be uncovered. The case was closed, though the Trump campaign never ceased to argue that it was a blatantly wrong closure on the part of the FBI.

It is unlikely that the new investigation can be fully completed by November 8, the day of the election. So the implication of the FBI’s note — as of now, if not later — is political, not legal. How might it affect the election outcome?

To answer this question, an analyst normally starts with the national polls. It is clear that Clinton’s substantial lead — in most polls — has declined. Before the FBI note, the mainstream discussion was not only about whether Trump would lose his fight with Clinton, but also how many Republican candidates for the Senate and House of Representatives would go down with him. The odds-on prediction was for a victory for Clinton and a Democratic majority in the Senate, though not in the House of Representatives.

We, however, know that national polls are never the best way to analyse a presidential election. Two factors — the peculiarities of America’s electoral college and the vagaries of turnouts — make it virtually impossible to predict the outcome on the basis of national polls alone.

Each state has a certain number of votes in the electoral college. A state’s votes depend on the number of seats it has in the House of Representatives, plus the number of Senate seats (two for each state, regardless of population size). In addition, Washington DC, which is not a full-fledged state, has three electoral college votes. Since the House of Representatives has 435 seats, the Senate 100 seats and Washington DC three votes, the electoral college has a total of 538 votes. To win the presidency, a candidate must secure 270 votes. With the exception of two states, once a candidate wins a state, all state votes go to him/her.

This system leads to a privileging of the so-called “battleground states”. California might have the largest number of college votes (55), but it has been solidly Democratic; no one expects it to vote Republican. Texas has the second largest number of votes (38), but it has been resolutely Republican since 1968; no one thinks it will flip. It is the battleground states which tip the election outcome. Not solidly partisan, they are amenable to switches.

If we go by Nate Silver’s “Five Thirty Eight”, a blog widely followed for its frequently updated and largely reliable statistical analyses, the battleground states in this election are: Florida (29 votes), Pennsylvania (20), Ohio (18), North Carolina (15), Arizona (11), Colorado (8), Nevada (6) and Iowa (6). It is also believed that to reach 270, Trump will have to win at least the first four, or some battleground combination of 82 electoral college votes. That is a tall order.

Turnout rates are another important way to assess the likely outcome. In 2012, Blacks for the first time in history voted more than the Whites (66 per cent versus 64 per cent), but Asian and Hispanic turnout rates were only 46-47 per cent. Gender data, which cuts across these ethnic and racial categories, is also worthy of note. Sixty-four per cent of the eligible women voted as opposed to 60 per cent men. Obama’s winning formula turned out be: Only 39 per cent of White vote, but 93 per cent of Black, 71 per cent of Hispanic and 73 per cent of Asian vote. And, over his opponent, his lead among women voters was 11 per cent.

Trump has seriously offended two of these categories — Hispanics and women — and been condescending towards Blacks. Arizona, otherwise solidly Republican, has become a battleground state in 2016 primarily because of the state’s rising demographic proportion of Hispanics. Florida and Nevada, for all practical purposes, are also in the same category.

On the whole, Clinton’s attempt will be to increase the turnout of Hispanics, Blacks and the women; Trump’s campaign will concentrate on how to depress their turnouts and get White males to vote more than before, especially the White working class, which says it has suffered from globalisation.

Can Trump do it? This is where the concept of “ground game” acquires significance. Targeted increases or decreases in turnout require a solid organisation on the ground. Clinton’s ground-level organisation is known to be far ahead of Trump’s. Trump has neither been able to raise as much money as Clinton, nor has the Republican Party been fully behind him. For this reason too, Trump cannot easily beat Clinton.

Trump’s victory, if it happens, will be a defiance of probabilities. Such defiance is, of course, not unheard of in politics. But as of now, unless the FBI revelations, or some other surprises fundamentally alter the game this week, the odds continue to favour Hillary Clinton.