Hillary vs Trump- No matter who wins, it is important to build on support for India across US party lines

There is an added element of interest for Indians after the Republican candidate Donald Trump attended a fund-raiser meeting of the recently-formed Republican Hindu Coalition (RHC). 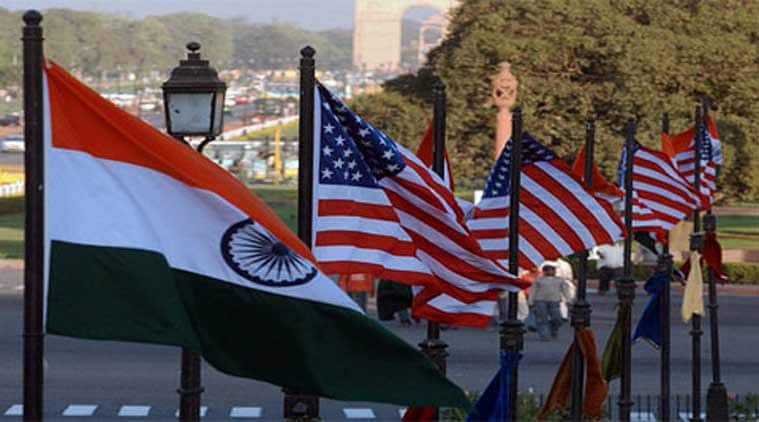 Indo-US ties have been further strengthened by agreements inked by President Obama and Prime Minister Narendra Modi that pertain to areas as diverse as military cooperation and climate change.

The presidential elections in the US, this year, has all the predictable elements — tough primaries with party colleagues trading abuses, sex scandals and financial scams, debates and the wide use and abuse of social media. There is an added element of interest for Indians after the Republican candidate Donald Trump attended a fund-raiser meeting of the recently-formed Republican Hindu Coalition (RHC). Close to a million dollars were raised for Trump in the meeting. Trump himself has altered the “Ab ki baar Modi sarkar” slogan by replacing “Modi” with “Trump”. On the other hand, several prominent Indians have rallied around Hillary Clinton and are actively canvassing for Democratic Congressional candidates. India has become part of the presidential debates. That was rare in the past, when India was mentioned only in the context of job losses.

From the tenure of Ronald Reagan till Bill Clinton’s first term, India was largely a low priority for the US. Reagan was too busy fighting Soviet aggression in Afghanistan to worry about “regional issues” such as Pakistan-sponsored terrorism in Punjab and Jammu and Kashmir. After 1985, when the Pressler amendment came in force, every year, Reagan would certify that Pakistan did not possess a nuclear device — despite evidence to the contrary.

George H. W. Bush did not give Pakistan the same certificate in 1990; but then, he was too busy with Iraq’s occupation of Kuwait to spare time for India. His successor, Bill Clinton, largely ignored India in his first term. In fact, within a few months of Bill Clinton’s taking charge of the Oval Office, Assistant Secretary of State for South Asia, Robin Raphel, said, “we view Kashmir as a disputed territory. We do not recognise the instrument of accession as meaning that Kashmir is forevermore an integral part of India.” It was only in March 2000, in the last year of his presidency, that Bill Clinton visited India, after India demonstrated her nuclear capabilities. It was a first visit by a US President in 22 years.

Since then Indo-US relations have been on the path of better and deeper coordination and cooperation. There was remarkable consistency in the US position on India in the two terms of George W. Bush and the two terms of Barack Obama. Both regimes accepted India as an emerging global power and took steps to develop multidimensional partnerships with India; hardly any country outside the NATO alliance has received such special treatment. This shows that the character of Indo-US relations cannot be directly correlated with the party occupying the Oval Office.

On the Indian side, the process initiated by the Atal Bihari Vajpayee government, after the nuclear explosions in 1998, was continued by the Manmohan Singh regime. The two countries arrived at a civil nuclear agreement. Indo-US ties have been further strengthened by agreements inked by President Obama and Prime Minister Narendra Modi that pertain to areas as diverse as military cooperation and climate change. All this shows that barring leftists, who have little political presence at the national level, there is consensus on strengthening Indo-US relations.

There are several reasons to believe that these ties will be further strengthened in the years of come, irrespective of who wins on November 9. There is a tendency to look at the Indian diaspora as a single voting block. This is a wrong assumption. It would be wrong to say that the so-called “Hindu” block is overwhelmingly pro-Republican. It is also an oversimplification to assume that as the Indian community is becoming wealthier, it is turning to conservative Republicans, or perceived tighter control on immigration by a Republican administration will prompt Indians to vote for the Democrats.

Members of the diaspora are, in fact, influenced largely by the local Congressman’s outlook towards India (and Pakistan), and not by his political affiliation. A unique example pertains to the Congressional fight in the Silicon Valley, where close to 10 per cent voters are of Indian origin. California’s system allows all candidates to run in the preliminaries and then moves the top two candidates, regardless of party affiliation, to the general election. Consequently, this year, both the candidates are Democrats. Incumbent Congressman Mike Honda (Democrat) was one of the signatories to the infamous letter by 25 Congressmen in 2012 urging the US administration to deny a visa to Modi — then Gujarat CM. Though Honda attended the reception held in Modi’s honour by the Indian diaspora in San Jose, last September, a majority voters of Indian origin are supporting another candidate, Ro (Rohit) Khanna, again a Democrat.

In the US scheme of things, foreign policy is primarily driven by the state’s administrative arm. But the role of Congress is no less important. Developments in the past years — the civil nuclear deal, denial of funds to Pakistan to purchase F-16s, unambiguous support to India against Pakistan-sponsored terrorism, the loud applause after Prime Minister Modi’s speech to the US Congress — show that there is bipartisan support to India in the US Congress on a wide range of issues. The India Caucus is the largest country-specific bipartisan group in the US Congress.

It is in the country’s interest that we take advantage of the bipartisan support in the US polity for India, rather than taking sides in the election process. We should not be worried by the campaign rhetoric in the US as long as it is not blatantly against India’s interests. Therefore, all the best, Donald and Hillary. But don’t ignore us. India is watching.