The Kashmir problem must be solved politically. The appointment of Dineshwar Sharma as interlocutor underlines that the government views the state only through the prism of security 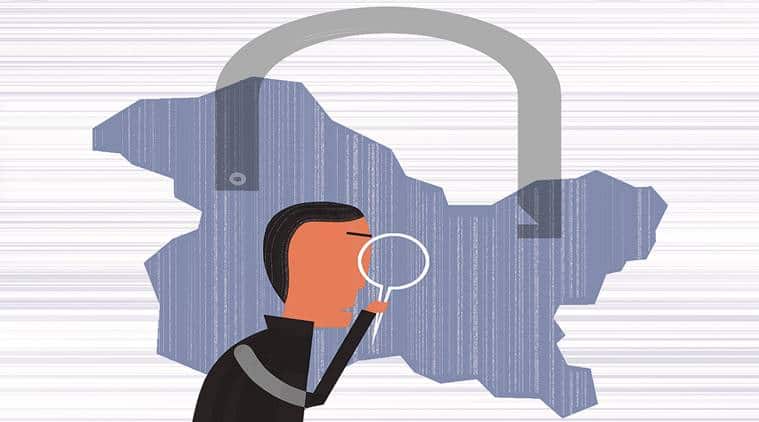 In this backdrop, Dineshwar Sharma’s selection as interlocutor is meant to shore up intelligence gathering so that militancy can be effectively suppressed. Illustration by C R Sasikumar

The use of brutal force to suppress the agitation by Kashmiris has aggravated the law and order situation in Jammu and Kashmir. Lapses in intelligence information about the separatists’ activities have not helped. There has been no let-up in militancy in the state. Continuing its muscular approach and in the garb of initiating a “sustained dialogue process” in Kashmir, the Centre has appointed Dineshwar Sharma to plug the loopholes in gathering, analysing and disseminating intelligence information.

There is a lack of quality information on the activities of the militants and encounters between the security forces and militants have remained alarmingly high since Burhan Wani was eliminated. It is not surprising that the activities of militant organisations have increased overtime. Realising this, in his Independence Day address, PM Modi said that the Kashmir problem can be solved only by embracing Kashmir and not by “gaali” or “goli” . But is the noble vision of the prime minister being translated into action and reality?

Even though Jammu and Kashmir has a democratically elected government, law and order in the state has deteriorated. In spite of the heavy deployment of security forces, the state does not seem prepared to contain insurgency and militancy. People have suffered grievous losses mainly because security forces and political administrators have not been able to use intelligence inputs to their advantage.

The intensity of militancy in the state has increased because of the prolonged alienation of the unemployed youth who have been enticed by terrorist organisations, especially the Hizbul Mujahideen and Jaish-e-Mohammed, whose activities are growing by the day. Attempts to demolish the terror infrastructure in the state and across the LoC through surgical strikes have not been successful.

In this backdrop, Dineshwar Sharma’s selection as interlocutor is meant to shore up intelligence gathering so that militancy can be effectively suppressed. In view of his expertise in police services, it cannot be said that Sharma is mandated to facilitate “sustained dialogue” to resolve the Kashmir dispute — which is not only a bilateral issue between India and Pakistan but also an integral part of India as per Article 370 of the Constitution of India .

The expectations created by Sharma’s appointment are unduly high. Sharma has no experience in dispute resolution and there is clearly a mismatch between his professional expertise and the task that he has been assigned.

The government wants to make a show that it is concerned about solving the longstanding Kashmir dispute. The Centre has also realised that the use of brutal force to suppress Kashmiris’ demands for greater autonomy will not work, particularly when the BJP-PDP Agenda of Alliance has not been effectively implemented. But the appointment of a police officer shows that the government still views the Kashmir dispute through the prism of national security and intelligence. The fact, though, is that the problem can only be solved politically. This has been admitted by army chiefs and other security experts who have worked in Jammu and Kashmir.

The Indian government needs to take various stakeholders into confidence, including the army at the border — as well as Pakistan — to solve the issue. Unless that happens, the dialogue process, which the government intends to restart, would merely be a diversionary effort on the Centre’s part. This is because the alliance between the BJP and PDP is not functioning and the promises by the two parties have not been fulfilled.

The BJP-led NDA government also has a problem of not reaching out to Pakistan and separatists, both of whom are major stakeholders in the peace process. Former prime ministers Atal Bihari Vajpayee, Manmohan Singh and former deputy prime minister L.K. Advani met leaders from the Hurriyat Conference, hugged them. But the current dispensation shuns Hurriyat leaders and treats them as Pakistan’s proxies. In the meantime, most Hurriyat leaders have been implicated in the hawala scandal. Some have also been jailed. But were these Hurriyat leaders not corrupt for Singh, Vajpayee and Advani? Did the earlier NDA and UPA governments not know of their activities?

Skirmishes on the border have increased and so have encounters between the militants and security forces in the past one year. The PDP-BJP government is unpopular. Many PDP leaders are being attacked. Recently, a senior PDP leader resigned.

There is growing discontent among the Kashmiri youth. At least 42 per cent of them are unemployed. There has been no improvement in the education and employment situation in the state. The central schemes for the youth in Jammu and Kashmir, namely the prime minister’s scholarships for poor students from the state and the Udaan scheme for generating employment have not been implemented in letter and spirit. Many Kashmiri students, some of whom are recipients of the PM’s special scholarship, have been forced to give up university education because the Union Ministry of Human Resource Development has not released their scholarship money. There has been no worthwhile effort to address pressing issues like human rights violations in the Valley.

Coming back to Sharma’s appointment, does he have enough power to talk to different stakeholders in the state? Can he suggest permanent or partial revocation of the AFSPA and PSA? Can he address the socio-economic and human rights violations in the Valley? If not, how can we embrace Kashmiris?

When I was an interlocutor in 2010-11, my team interacted with diverse groups in all the regions of the state and met different political parties to keep them informed about the developments. We also spoke to the RSS and other political parties, which were a part of the all-party delegation that visited Kashmir during the crisis of 2010 .

One thing, though, has been constant: The UPA and NDA governments did not act upon the recommendations of the interlocutors and other committees constituted by the Centre. This points to a lack of sincerity on the part of the political dispensation at the Centre to resolve the issue.

If the NDA government is serious about resolving the problem, it needs to follow what former prime minister Atal Bihari Vajpayee once said about resolving the Kashmir imbroglio within the realm of “kashmiriyat, jamhooriyat and insaniyat.” PM Modi has also endorsed this credo but without a visible plan of action.

The Congress and the BJP have often come together to evolve a consensus on vital issues. The resolution of border disputes with Bangladesh by exchanging enclaves is an example. I feel, therefore, that the Indian establishment can resolve the Kashmir dispute provided it pursues the goal earnestly. 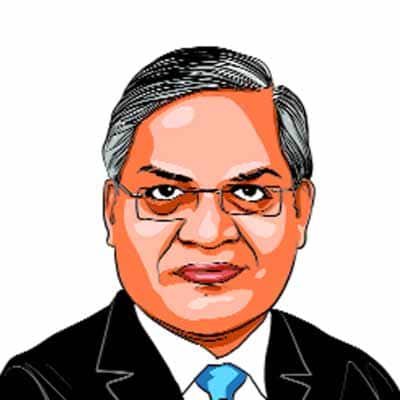