Planning Commission is dead. Its successor must focus on ideas over implementation. 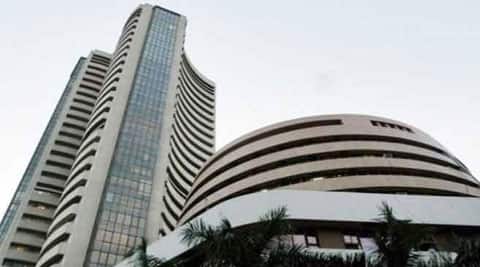 Following the global economic crisis, there is a growing recognition that markets are no magic wand, that the invisible hand of the market is not visible because it is not there and that markets are good servants but bad masters.

The Planning Commission is in the news. It is being closed down almost 65 years after it began life. Two questions arise. What happened? What next? In thinking about the future, it is instructive to learn from the past.

Then Prime Minister Nehru created the Planning Commission in 1950 to formulate a strategy of development for independent India in a long-term perspective. It was widely respected in government. Before long, it also turned into an intellectual hub, with distinguished economists from across the world traversing its corridors. Indeed, it was a role model for similar planning boards in most developing countries. Economic planning was the flavour of the times. It assigned the state a strategic role in the process of development and sought to restrict the degree of integration with the world economy. Both were points of departure from the colonial era, characterised by open economies and unregulated markets, where the outcome was underdevelopment. This approach helped create the initial conditions and laid the essential foundations for industrialisation, not only in India but also elsewhere in Asia and Latin America.

The economic crisis in the mid-1960s, triggered by successive droughts and poor harvests, led the government to abandon planning for an interregnum of three years. The spirit of economic planning never revived thereafter. The focus shifted to crisis management. In retrospect, the planning process should have been reoriented in the mid-1970s. It was a missed opportunity.

This was the beginning of decline. The role of planning was slowly but steadily eroded by administrative fiat. The Planning Commission was gradually transformed into a department of the government without any clear function or mandate. Its supposed task was to mediate on finances between the Centre and the states but this was more form than substance. The statutory transfers were decided upon by finance commissions. The non-discretionary transfers were governed by the Gadgil formula already in place. The residual discretionary allocation of resources to states in the Union budget was in effect decided by the ministry of finance. It was only the ritual of five-year plan documents that continued.

In the civil service system, it was turned into a parking lot, to be used by many simply as a platform while waiting for a decent placement. In the political process, whenever governments changed after elections, it was a place to provide jobs for the boys, or girls, as members, who could not be accommodated elsewhere. Some of them waited for better times, while others were content with a Lutyens bungalow and a white Ambassador with a lal batti. It would be unfair not to mention the five-year-plan documents that few read and none believed.

In recent years, the Planning Commission eroded its credibility further, with rosy predictions about inflation that did not come down and growth that did not revive. Clearly, its demise is attributable only in part to the ideological belief that planning is passe in this age of markets and globalisation. The demise is also significantly attributable to its poor performance and growing irrelevance.

Under these circumstances, it is hardly surprising that no tears were shed when Prime Minister Modi announced his decision from the ramparts of Red Fort on Independence Day.

It would be a mistake if this is read as a victory for the dominant ideology of our times. In fact, following the global economic crisis, there is a growing recognition that markets are no magic wand, that the invisible hand of the market is not visible because it is not there and that markets are good servants but bad masters. And there is a strong need to create a new institution in its place without any baggage from the past. But there must be clarity about what it should and what it should not do.

It would be logical to create a National Development Commission, which should think big and think long, but focus on ideas rather than implementation. The organisation must be lean, at most 10 members, with support from a compact, in-house, professional team, drawing upon persons with domain expertise whenever needed, but no secretariat. There is need to reflect on where we want India to be in 2035, and how we get there.

There are two important tasks for this contemplated institution. It could help redefine the role of the government in a market economy in a profoundly changed national and international context. It could provide an institutional meeting-space for Centre-state federalism, in a situation where the National Development Council is an annual ritual and the Inter-State Council is defunct.

In our quest for development, however, there are two specific tasks for this institution. First, we must find solutions for the deep crisis in agriculture, the pathetic almost-collapsing infrastructure and the quiet crisis in education. These are binding constraints on our economic performance, even if we think of the next decade, which need strategic thinking on what is to be done and how it is to be implemented. In attempting quick fixes, we can only mortgage our future.

Second, the importance of manufacturing cannot be stressed enough. Given our most abundant resource, people, it is where our economy’s future lies. It is imperative that we reverse the visible de-industrialisation. This needs strategic co-ordinated thinking, across sectors over time, on industrial, trade and technology policies, indeed even exchange rates and interest rates, which is otherwise impossible, given the turf battles between ministries and the short-termism of governments.

Some examples might concretise these tasks. How can we resolve the crisis in agriculture: is it simply about irrigation and extension or is it about technologies of the sort that transformed Brazil’s savannah lands into a prosperous agriculture? How can we create transportation, storage or processing facilities for fruits and vegetables that perish without reaching consumers? How can we finance the massive investments needed in infrastructure? How can we make India, already a pharmacy for developing countries, a world leader in pharmaceuticals? How can we retain the competitive edge in information technology, given the technological progress on the anvil, by moving from software to chips and hardware? How can we stimulate R&D that would create technological capabilities in manufacturing firms with a capacity to innovate in some sectors? How can we reconcile environmental concerns with aspirations for industrialisation? How can we develop an aircraft such as the Embraer from Brazil, even though we have failed over the past 50 years? Answers require roadmaps. 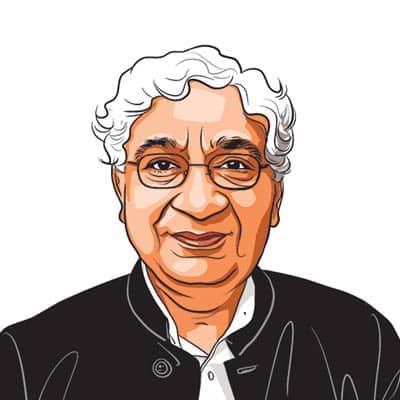