From Women’s Reservation Bill to a fixed calendar for Parliamentary sessions, BJP must summon the will to push these through Parliament this winter session 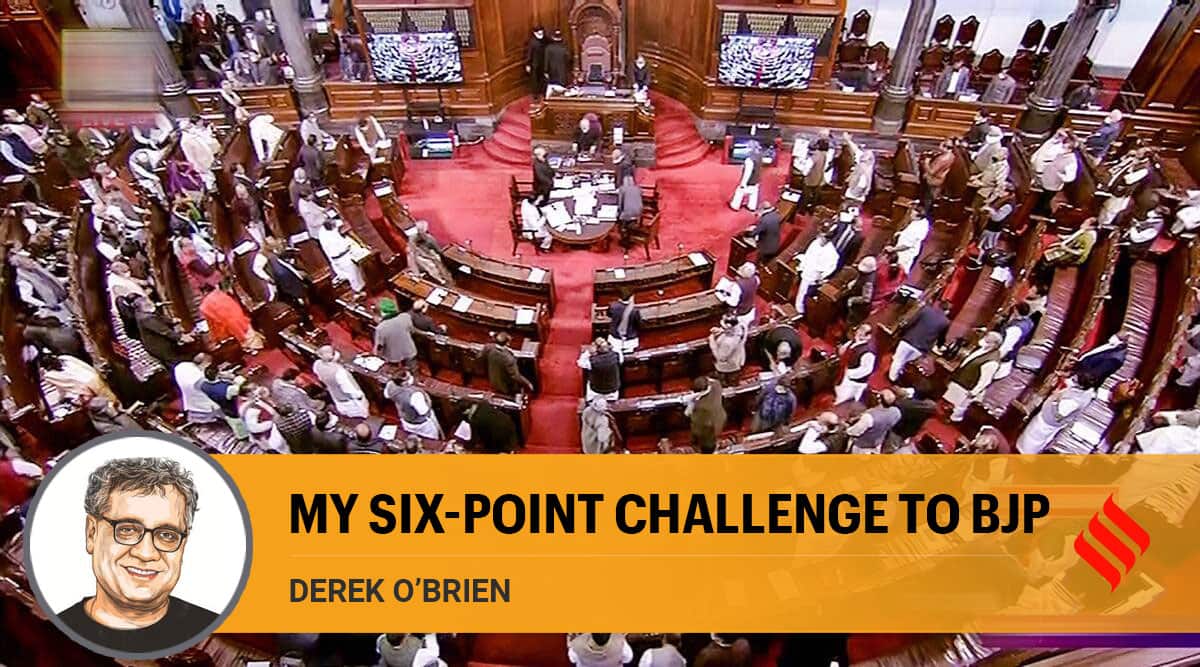 Not two or three of the six listed below. Just one would be a good start in the forthcoming two weeks.

One, pass the Women’s Reservation Bill. The Women’s Reservation Bill, seeking to reserve one-third of all seats for women in the Lok Sabha and the state legislative assemblies, has been introduced multiple times since 1996, but has failed to become an Act. Versions of the Bill were introduced in 1998, 1999 and 2008. It was passed in the Rajya Sabha in 2010 but lapsed upon the dissolution of the Lok Sabha and the formation of the new government. In its 2014 manifesto, the BJP called women “nation builders” and “committed to 33 per cent reservation for women in Parliament and state assemblies”. Walk the talk. Bring the Bill in December 2022. (Even without the Women’s Reservation Bill, 36 per cent of TMC MPs are women).

Don't Miss from Express Opinion |Adhir Ranjan Chowdhury has a wish list for Parliament’s Winter Session: Prime Minister should listen to the Opposition

Three, accept a 267 Notice from the Opposition to discuss a burning issue. Rule 267 gives Rajya Sabha MPs an opportunity to give a written notice to suspend regular business and seek a discussion on an important issue. The last time such a notice was admitted was in November 2016 (Hamid Ansari was the Chairman) on the issue of demonetisation. Can you believe it, for six years, not even one 267 notice has been permitted? The Opposition demanded a discussion under Rule 267 on several issues such as price rise, farmers’ agitation, Pegasus etc, but to no avail.

Also in Express Opinion |Suhas Palshikar writes: BJP’s victory in Gujarat has an afterlife that we must pay attention to

Fifth, comply with the Pre-Legislative Consultation Policy. Till 2021, 75 per cent of the bills introduced in Parliament were presented without any prior consultation. Fifty-four per cent of the bills placed for consultation did not adhere to the 30-day consultation period mandated by the Pre-Legislative Consultation Policy (2014). Important legislation such as the Right to Information (Amendment) Act 2019, Unlawful Activities Prevention (Amendment) Act 2019, Insolvency and Bankruptcy (Second Amendment) Bill, 2021, the three draconian Farm Bills in 2020, were introduced in Parliament without any prior public consultation. Having the numbers in Parliament does not give the government the licence to bypass public scrutiny. Will the BJP ensure that every bill introduced this Winter Session has been placed for prior public consultation for 30 days?

Sixth, let Parliament function for the scheduled number of days. In the last seven sessions of Parliament, the Houses have been adjourned at an average of five days prior to the scheduled date. In December 2020, the government cited the pandemic as the reason for curtailing Parliament while the real reason for doing so was to evade accountability for the since-repealed draconian farm laws. Parliament sits for less than 100 days in a year. The Rajya Sabha last sat for more days than that in 1974! The number of sittings per year for Lok Sabha has reduced from an average of 121 days (1952-1970) to 68 days per year since 2000.

So here is a challenge to the BJP: Bring the Women’s Reservation Bill, appoint a Deputy Speaker in the Lok Sabha, accept a 267 Notice in the Rajya Sabha, let the PM answer a question in the Rajya Sabha, put all bills for pre-legislative consultation, and bring a fixed calendar to ensure a minimum of 100 sittings for Parliament.

Mr Prime Minister, will you accept the challenge?

In J P Nadda’s home district, where rebels were in fray, slender wins for BJP