Democracy in question: If questions are disallowed in Parliament, more will be asked outside it

Salman Khurshid writes: National parliaments do not dispense with questions even at the time of war. If questions are disallowed in Parliament, many more will be asked outside it. If the questions can lead to greater unity of national purpose, the government will do itself and the nation a great injustice by attempting to stifle them. One can imagine innumerable ways in which proceedings in Parliament could be modified to reduce the necessity to touch surfaces and to maintain social distance.

COVID-19 has changed everything, not all for the better. But as a society we have not been the best subjects of these troubled times. There is little point regurgitating arguments about the failure to note the alert against the virus in early January and February of 2020, and then haste to unlock when the virus curve was still refusing to flatten. Of course, the government might say, “we lose if we do and we lose if we don’t”.

Citizens of many countries have expressed dissatisfaction with the manner in which their governments have dealt with the pandemic. The US might be the first to register the discontent in the presidential election in November. What appeared to be easy sailing for the incumbent has already turned into a difficult climb to retain the White House. India is unusual in having suffered the near worst, with more uncertainty ahead, and yet not complained. Instead, we joined to beat kitchen vessels and applauded IAF aircraft flying in formation across the sky. The acknowledgement and gratitude towards medical professionals and other service providers was due and was expressed fairly. But sensitivity and humanity cannot bypass the need for robust preparedness and intelligent response to the challenge posed by COVID-19.

Whatever might be the reaction to the timing of the lockdown, there is a completely separate issue about how it was imposed, particularly for the thousands of working-class families stranded without wages or food far away from home and with no arrangements to journey back. The pitiable sight of the Partition-era like migration on foot will remain etched as a reminder of how easily we can go wrong and cause unprecedented misery to our compatriots. It is surprising that this happened not because there are no legal structures in place to secure the welfare of migrant labour, but because the steel frame of governance simply collapsed.

The total cost of the COVID-19 catastrophe can only be estimated in terms of reports that are available from the marketplace. There is yet no sign of the pandemic easing and the much talked about herd immunity has proven to be an empty promise. The spurts and spikes in cases — but with some comfort in terms of the fatality figures — have become routine bad news, a bit like the incidents at the LAC with China. The breakthrough of a vaccine against COVID-19 and a breakthrough with China with the two leaders working out what lesser humans have failed to do, both seem evasive for the present. But there are questions galore that the people of India want to ask even if the fourth pillar of democracy, the media, seems reluctant to ask. Going by what one gets to see on the TV screens and in social media, one would have thought the 20 martyrs in Galwan valley raise no concern while the sad suicide of a rising Bollywood star overwhelms us with agony and curiosity.

Democracy is judged by the debate it encourages and sustains. The government in a democracy performs to honour its manifesto and the Opposition questions to underscore its own. The people judge, not just at election time but at all times. That makes democracy a participatory one. The questions are asked from civil society platforms, the mass media, community gatherings and ultimately within the highest temple of democracy, the legislature itself. Now, understandably, the hustle bustle of the marketplace of ideas is deserted because of COVID-19 though the conversations have moved to the digital platforms. Important institutions like the high courts and the Supreme Court have been conducting proceedings on digital platforms and have, after four months, begun to take furtive steps to return to physical hearings. Heavens have not come down. There is no reason to believe that they are waiting for Parliament to meet in order to unleash their fury.

One can imagine innumerable ways in which proceedings in Parliament could be modified to reduce the necessity to touch surfaces and to maintain social distance. But the mind is puzzled to think that curtailing the Zero Hour or cancelling the Question Hour has anything to do with containment of COVID-19. The pressing need is for us to re-configure how we conduct ourselves (the namaste or aadaab instead of the handshake) rather than what we say or how much we say.

It is no one’s case that the Zero Hour is an example of etiquette and best behaviour, but the decibels, particularly when projected on the screen, bring out the passion of strongly felt opinions. Similarly, the Question Hour is the heartbeat of democratic accountability. If ever there was a need for questions to be asked and answers to be given, it is now and here. Interestingly, as is the practice of the government, it opts to let people guess why something is done or left undone. If they have taken an unprecedented decision there must be some reasoning behind it. Sharing that reasoning might not convince the Opposition, but it will at least show some dialogue that follows when questions are asked.

Asking questions is the essence of democracy. National parliaments do not dispense with questions even at the time of war. If questions are disallowed in Parliament, many more will be asked outside it. If the questions can lead to greater unity of national purpose, the government will do itself and the nation a great injustice by attempting to stifle them.

This article first appeared in the print edition on September 11 under the title “Democracy in question.” The writer is a senior Congress leader.

An Expert Explains: What are Question Hour and Zero Hour, and why do they matter? 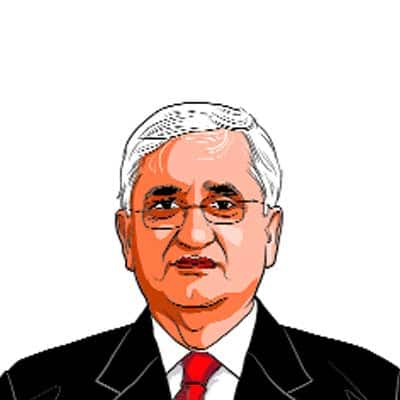