Delhi’s air quality crisis: Why we are all culpable

Unlike in other parts of the world, there is no citizens' movement for controlling pollution. And regulation is most often seen as imposing bans, not hand-holding and persuading industry – most of them small factories – into adopting environment-friendly measures 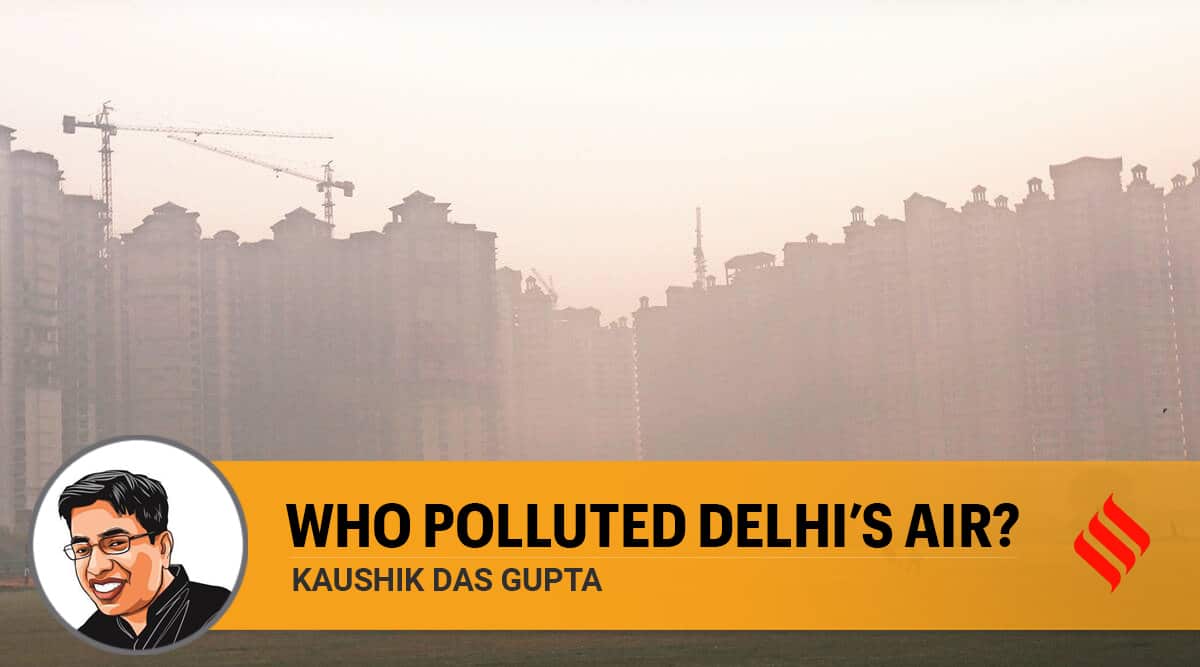 That the capital experienced its first good air day this year in September says a lot about the pollution levels that have been taken as par for the course by its residents. (Express Photo by Gajendra Yadav)

Every year, around Diwali, I have come to expect a piece of advice from friends. “Why don’t you go out of the city for a few days.” I hardly ever heed their suggestion. How can I head out when virtually every corner of the city I call home is shimmering and sparkling with festivity? I am not given to loud celebrations. But the joy in the air is infectious and who can resist the temptation of the sweets and savouries lavished by neighbours and friends?

Disregarding the concern of my friends comes with a price – being accused of being an incorrigible hedonist by my asthmatic lungs. Almost every year after Diwali — for about a decade or so — an invasion of particulate matter makes the city unhealthy for people whose air passages are vulnerable to irritants. On several such days, even the healthy are at a risk — the Air Quality Index (AQI) on such days plunges to severe, at times hazardous.

A blame game inevitably ensues. The Centre blames the Delhi government for being tardy in implementing pollution control measures. The latter returns the compliment and accuses governments of the neighbouring states of doing nothing to stop farmers from setting the paddy straws, left after harvesting, to fire. Agriculturists from Punjab and other neighbouring states are often held responsible for the sore throats and wheezing lungs of people in the National Capital Region (NCR). As emergency measures and bans come into force, and the gloom in the air overwhelms the festive spirit, the usual refrain of policymakers is that the problem requires a long-term solution.

A combination of geographical factors — the city’s location, wind speeds — industrial activities and the results of the lifestyle choices of its residents, including particulate matter from the large fleet of the city’s private vehicles, renders Delhi’s air unhealthy for the most part of the year. That the capital experienced its first good air day this year in September says a lot about the pollution levels that have been taken as par for the course by its residents. The movement of pollutants and smoke from neighbouring states adds to the noxious concoction.

A history of pollution control measures worldwide shows that it can often be a daunting task. London’s tryst with smog is well-known. In the 1950s and ’60s, the air in Los Angeles became so unhealthy that “parents kept their kids out of school; athletes trained indoors; citrus growers and sugar-beet producers watched in dismay as their crops withered; the elderly and young crowded into doctors’ offices and hospital emergency rooms with throbbing heads and shortness of breath.” The city fought its way out of the malaise through a combination of environmental legislation that gave autonomy to regulatory institutions and citizen activism that kept the government on its toes.

In contrast — all noise about long-term solutions to the smog notwithstanding — Delhi’s air gets attention when people have to reach out for cough syrups, inhalers and nebulisers, when the AQI turns from “poor” to “very poor” or “severe”. Curiously, NCR’s residents have rarely taken ownership of the city’s pollution problem – there has been no concerted activism to push the authorities to clean up the city’s air. Pollution is never a major election issue.

Today, we know much more about pollutants and particulate matter than five decades ago. But unlike in Los Angeles, scientists work in silos. Regulation is usually seen as imposing bans, not hand-holding or persuading industry — most of them small factories — into adopting environment-friendly measures. Asthmatics – like me — complain about the bad air during wheezing episodes. Many leave the city around Diwali time, and then return to our lifestyles. Aren’t we, all, culpable in the normalisation of bad air?

Write to the author at kaushik.dasgupta@expressindia.com