So far,India has used equity as a shield to avoid committing to emissions cuts. Now,it must use it as a sword to shape the climate agenda

The Durban climate conference,marked by tension,sleepless nights and high drama (to which the environment minister,Jayanthi Natarajan,contributed in no small part)  arrived,36 hours after the scheduled end of the conference,at a set of historic decisions. These include decisions to implement the Cancun Agreements,operationalise the Green Climate Fund,extend the Kyoto Protocol for a second commitment period,and launch a new process to negotiate a future climate regime. This was a package deal,in that without an agreement to negotiate a future climate regime,the EU would not have agreed to a Kyoto second commitment period.

Parties launched a process titled The Durban Platform on Enhanced Action to negotiate a Protocol,another legal instrument or agreed outcome with legal force under the Convention applicable to all. This instrument is scheduled to be adopted in 2015,and implemented from 2020. Although the media has interpreted this decision to mean that all major emitters,developed and developing alike,will be legally bound to GHG emissions cuts from 2020,the tortured language used in this decision masks a vast terrain of contestations.

India,until the final hours of the conference,had insisted that agreeing to a legally binding instrument was a cabinet-mandated red line that it could not cross. It could agree at best to launch a process towards a legal outcome  which would leave the precise legal form of the instrument open. A legal outcome could encompass legally binding instruments as well as Conference of Parties decisions,which although operationally significant,are not,save in the exception,legally binding. This formulation lacked the clarity and ambition that the EU,the Alliance of Small Island States,the Least Developed Countries,many Latin American countries,and even Indias BASIC allies,Brazil and South Africa,were seeking. Critically,this was not sufficient for the EU to endorse a second commitment period. After a fast and furious huddle in the final hours of the conference,India agreed to substitute the term legal outcome with a marginally less ambiguous term,agreed outcome with legal force,thus triggering the acceptance of a Kyoto second commitment period by the EU and its allies.

Unlike the terms protocol and another legal instrument the term,agreed outcome with legal force does not reflexively signal a legally binding instrument. Nevertheless,Indias room for maneouvre in negotiating the future climate regime has,through this decision,been dramatically constrained. Constrained not just in terms of the legal form of the outcome of this process,which will likely be a legally binding instrument,but also in terms of the nature and extent of differentiation it contains in favour of developing countries.

The Durban Platform decision does not contain a reference to equity or common but differentiated responsibilities. This is no benign oversight. Through the two weeks of the conference,developed countries were unanimous in their insistence that any reference to common but differentiated responsibilities must be qualified with a statement that this principle must be interpreted in the light of contemporary economic realities. They were also insistent that the future regime must be applicable to all. India,among other developing countries,argued in response that this would tantamount to amending the Framework Convention on Climate Change. The only way out of this impasse was to draft the text such that it was rooted in the Convention  under the Convention  thereby implicitly engaging its principles,including the principle of common but differentiated responsibilities. This,it was believed,would hold efforts to reinterpret and qualify this principle at bay. Nevertheless,the fact that the divisions on the application of this principle are such as to preclude even a rote invocation of it,signals a likely recasting of differentiation in the future climate regime.

The use of the term applicable to all further substantiates this point. Admittedly,merely because this instrument applies to all parties does not necessary imply that it applies symmetrically to all parties. However,the political context for the inclusion of this term,in particular in the face of the conspicuous absence of the usual markers for differentiation  equity and common but differentiated responsibilities  makes it crystal clear that the goal posts on differentiation will shift post-2020.

It is also significant that it was deemed necessary to launch a new process. The Bali Action Plan,2007,which launched a process to reach an agreed outcome on long-term cooperative action on climate change could have offered the basis for a new climate regime. The Bali Action Plan,however,is interpreted by developing countries as creating a firewall between developed country commitments and developing country actions. In a bid to move away from the Bali firewall,the US,among others,insisted on a new process,and on terminating the Bali process in 2012. Durban delivered the new process and with it,a clean slate on differentiation. The mandate will be negotiated in 2012.

It might be useful for India in future to use equity not as a shield,as it has thus far,to guard (ineffectively) against commitments,but as a sword to actively shape the agenda for climate action post-2020. Had India signalled a willingness to consider a legally binding instrument before it was compelled to,it could have harnessed the goodwill thus generated to ensure a central role for equity. This was not to be in Durban,but India may yet,with some re-orientation of its negotiating strategy,recover lost ground in the mandate discussions.

The writer is professor of international law,Centre for Policy Research,New Delhi 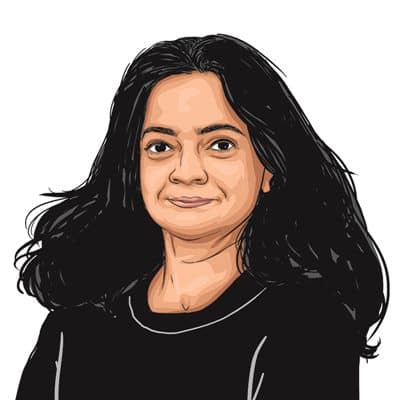