The Belt and Road Initiative could cost Pakistan its financial independence and turn it into a Chinese protectorate. 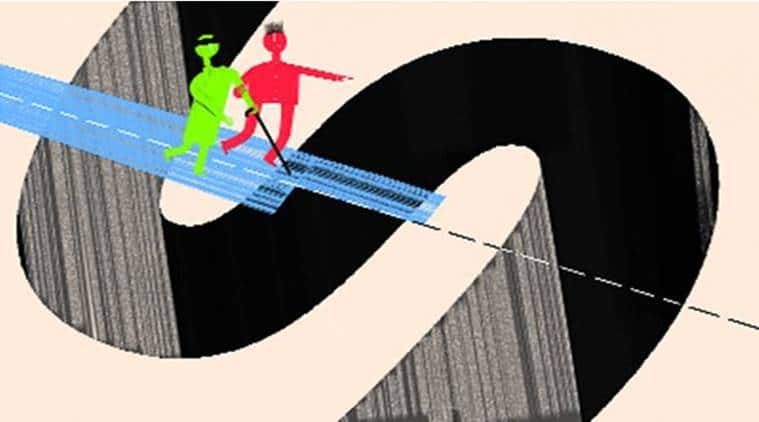 China presents the BRI, also known as the One Belt One Road initiative (OBOR), as a connectivity project — hence, the reference to the old Silk Road and a new maritime silk road. Illustration by C R Sasikumar

Last week, the Pentagon’s annual report to the Congress forecast that China will build a military base in Pakistan in order to have in the subcontinent facilities akin to what Beijing is developing in Djibouti. These plans are well in tune with the proposals presented last month during the Belt and Road Forum (BARF) in Beijing in the presence of 29 heads of state. India skipped it because a section of the Belt and Road Initiative (BRI), the China Pakistan Economic Corridor (CPEC), infringes New Delhi’s sovereignty as it passes through Kashmir. But the CPEC probably affects Pakistan’s sovereignty even more, since this project is more than a corridor; it is an expansionist plan, as the military base singled out by the Pentagon also suggests.

China presents the BRI, also known as the One Belt One Road initiative (OBOR), as a connectivity project — hence, the reference to the old Silk Road and a new maritime silk road. But it is more than that, at least in the case of the CPEC. The CPEC does certainly imply the building of roads, railways and pipelines along corridors. The most well-known of these roads — that uses the Karakoram Highway — is already in operation between Kashgar and Gwadar. Six months ago, trucks began plying over the 3,200 km-long distance between the two cities for the first time.

But building roads, ports and railway linkages accounts for only $11 billion of the CPEC project; a small part of the $46 billion announced in 2016 when the first MoUs between China and Pakistan were signed (the total amount involved in the project seems closer to $57 billion today). In fact, energy, with $34 billion, gets the lion’s share of the CPEC — hence, the nickname, China Pakistan Electric Cooperation. Out of the $11 billion mentioned, besides the $1 billion grant dedicated to Gwadar port (and airport), $10 billion will come, not from FDIs, but through loans. The same ratio, it seems, will apply to the energy sector where dozens of thermal power plants (using coal mostly) will be built.

China may offer concessional rates to Pakistan, but Islamabad could still find the final debt unsustainable. Recently, Sri Lanka has alienated its financial independence along somewhat similar lines. Pakistani economists have come to the conclusion that over the next 30 years, the cost of the CPEC for Pakistan may amount to about $90 billion. It may still be the best way for Pakistan to develop infrastructure, given the small amount of money left for this in the country’s budget, after the deduction of the already enormous debt servicing and the funds allocated to the army.

But other implications of the CPEC need to be factored in. First, 29 exclusive economic zones situated in the corridors have apparently been reserved for Chinese companies. In March, for instance, the building of the Gwadar 300-megawatt coal power plant was awarded to a Chinese company without any bidding procedure. The master plan that was leaked to the Dawn goes even further. This long-term plan (LTP) was prepared in 2015 by the China Development Bank. It was revised in 2016 under the framework of the Joint Economic Cooperation Meetings, but the final version is not publicly available yet. Even if the old version is not fully accurate, it is at least revealing of the initial plans of the Chinese.

The LTP suggests that agriculture will be a major component of the CPEC. Thousands of acres of land were indeed supposed to be leased out to Chinese enterprises of the Xinjiang Autonomous Region for modernising Pakistani agriculture — and benefit from it too. Another sector in which companies of Xinjiang — the landlocked province Beijing wants to develop thanks to the CPEC — intend to invest in Pakistan is textile, in order to get raw material (including cotton). The LTP even refers to culture. It envisages the expansion, in Pakistan, of the bandwidth between both countries in order to use digital television terrestrial multimedia broadcasting as a cultural transmission carrier.

Opposition politicians have reacted to what one of them called the making of another East India Company. But this offensive has hardly made any difference. The PML(N) government is presenting the CPEC as one of Prime Minister Nawaz Sharif’s main achievements, evident from the way the MoUs signed by Sharif and Xi Jinping in Beijing on the side of the Belt and Road Forum were publicised.

More importantly, the army, which is in the driver’s seat, is killing not two but three birds with this project. First, the CPEC makes it legitimate for the army to grow more. A new division, the Special Security Division, has been created. Fifteen thousand men have been recruited and deployed to provide security to 34 projects, something the Chinese were asking for after the targeting of some of their engineers and workers (already, 10,000 Chinese work in Pakistan), in Balochistan in particular. Second, the CPEC allows the Pakistani army to relate even more directly to the Chinese government not just for security reasons, but also for economic matters. Third, the army can use the CPEC for developing what Ayesha Siddiqa has called the Milbus — the military business complex that gained momentum under General Pervez Musharraf and after. Civilians are resisting this development, but whether the government and business people supporting it can benefit from the CPEC as much as they expect remains to be seen. The army may also repress the Baloch nationalists even more forcefully in the name of economic security under the CPEC’s umbrella.

While the Chinese protectorate over Pakistan that is in the offing will probably affect the economic independence of the country and strengthen the army’s role in the public sphere, it may be a blessing in disguise as far as the Islamist threat is concerned. The jihadist connection of the Uighur Islamists is today one of Beijing’s obsessions. China may, therefore, use its growing influence over the Pakistani army for eliminating groups with which it had been complacent till now. This approach may even result in additional interventions by Beijing in Afghanistan, a country in which China is also interested because of its mineral resources. After all, the BRI has been presented as being motivated by the quest for regional prosperity — the full name of the recent forum was Belt and Road Forum for International Cooperation.

But this regional ambition will remain a dead letter if India is not on board. Xi has tried to defuse the apprehensions of China’s neighbours, including India, by referring to the Panchsheel of the 1950s in his address to the BARF. But this overture would be more meaningful if Beijing recognised New Delhi’s sovereignty over Arunachal Pradesh, stopped its incursions in the Himalayas, supported India’s candidacy to the Nuclear Suppliers Group and endorsed, in the UN, the India-supported resolution designating Masood Azhar as a terrorist.