According to the 2011 census, 3.5 million migrants who moved within the last one year stated economic reasons for migration. The corresponding numbers for the 2001 and 1991 census, were, respectively, 2.2 and 1.4 million. 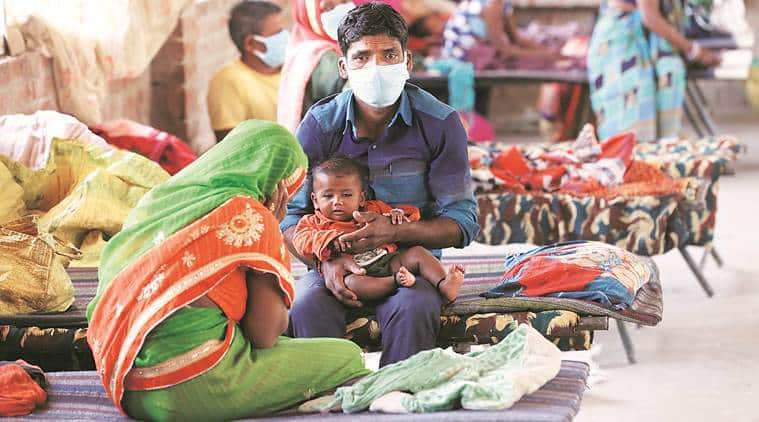 A migrant family at a shelter home in Colonelganj town of Gonda district in Uttar Pradesh. (Express photo by Vishal Srivastav)

The COVID-19 crisis is affecting rural India at a time when agriculture is already in a precarious situation. The thousands of migrant workers who have returned to their villages since the lockdown used to send home large remittances. Tariq Thachil’s field work shows that a majority of the migrant workers send 25 to 50 per cent of their monthly income to their families — which will now miss this money. In Bihar, these remittances accounted for 35.6 per cent of gross state domestic product in 2011-12, up from 11.6 per cent in 2004-05. How will the villagers of Bihar, or Orissa, for that matter, cope with this new situation?

The question is particularly relevant at a time when Indian agriculture is facing huge challenges. In fact, the migrant worker phenomenon is a symptom of these challenges, as they have moved to the city mostly because of the push factors. According to the 2011 census, 3.5 million migrants who moved within the last one year stated economic reasons for migration. The corresponding numbers for the 2001 and 1991 census, were, respectively, 2.2 and 1.4 million.

For years, rural India has been losing ground vis-a-vis towns and cities. In 2008, the “rural-urban gap” was at 45 per cent in India in terms of average revenue — versus 10 per cent for China and Indonesia. The data from the 75th round of NSSO for 2017-18 suggests that the rural-urban gap widened during 2012-18. The rural monthly per capita expenditure declined from Rs 1,430 in 2011-12 to Rs 1,304 in 2017-18 — an 8.8 per cent decline — while it rose from Rs 2,630 to Rs 3,155 in urban India — a 2.6 per cent increase. This is partly due to the slow growth of agriculture over the last decade. In 2013-2019, the average agricultural GDP growth rate was 3.1 per cent, much lower than the average GDP growth rate — 6.7 per cent. This growth in agriculture was also driven by non-crop sectors, including livestock. The average growth of the crop sector, which accounts for two-thirds of the agricultural sector GDP, was 0.3 per cent, the lowest in two decades.

Tillers of the land have left villages for that reason, and also because of the shrinking of landholdings. More than half of those who live off agriculture are landless peasants. And the others have very small holdings. According to a survey carried out by the National Bank for Agriculture and Rural Development, the average landholding size of an household had shrunk to 1.1 ha in 2016. In fact, 37 per cent of farm households owned land parcels of smaller than 0.4 ha, another 30 per cent had holdings which fall between 0.41 and 1.0 ha. Only 13 per cent agricultural households owned landholdings bigger than 2 ha. As a result, the proportion of those owning less than one ha reached 82.8 per cent — whereas a farm household needs to have at least 1 ha of land to make ends meet.

Secondly, irrigation has stagnated, with less than half of Indian farmland irrigated. Thirdly, rural India suffers from what Ashok Gulati calls the “urban consumer bias”: To spare urban consumers, government has kept food prices very low. One of the techniques it used was to let imports of food products submerge the Indian market. Fourthly, budget cuts have affected key programmes such as the Rashtriya Krishi Vikas Yojana and the Backward Regions Grant Fund as well as irrigation schemes, such as the Integrated Watershed Management Programme and Accelerated Irrigation Benefits. The actual allocation in agriculture has been short of the budgeted allocation since 2014.

Qualitatively, the agricultural sector has suffered because of the rise of monocultures based on the intensive use of chemical pesticides. Nearly 30 per cent of India’s land has been degraded due to deforestation, intensive farming, soil erosion and groundwater depletion, resulting in desertification — the level of water tables fell by 65 per cent in 10 years.

For all these reasons, over half of the farmers are indebted: The average loan amount outstanding for a farm household in India in 2017 was Rs 47,000. More than 3,20,000 farmers committed suicide between 1995 and 2016, according to the National Crime Records Bureau — which has stopped providing this data since. Many others live in great economic distress. In fact, this crisis not only explains the increasingly large number of migrant workers, it also puts food security in jeopardy for the poor. While grain stocks have increased, access to food has not in rural India, especially for those who live below the poverty line. NSS data show that rural poverty rose about 4 percentage points between 2011-12 and 2017-18 to 30 per cent whereas urban poverty fell 5 percentage points over the same period to 9 per cent. India, which was ranked 93 in 2015 in the Global Hunger Index, slipped to the 102nd rank (out of 117 countries) in 2019 — below all the other South Asian countries.

Thus, the COVID-19 crisis, by revealing the magnitude of the migrant worker phenomenon, should open the eyes of the urban dwellers to the grim situation of India’s agriculture. This sector of the economy should become a priority again in term of policies. Indian agriculture needs more investments (in irrigation, for instance) and more financial support (by relaunching the MGNREGA, among other things). But not only that. Further liberalisation of Indian agriculture would hamper food security as the existing food procurement system is essential in maintaining food reserves and protection of vulnerable farmers from the whims of the global markets with the minimum support price offered for wheat and rice under the Agricultural Produce Market Committee (APMC) Act.

In the midst of every crisis lies an opportunity. An agro-ecological transition will regenerate not only the soil which was depleted due to the excessive use of chemical pesticides but also ensure sustainable supply of food in the long run. Since the agro-ecological system of farming is more bio-diverse in nature, it will make the system more resilient overall and provide a safety net for farmers in case of crop damage due to factors such as climate change or droughts. It will also strengthen food security and help the nation fight hunger and malnutrition. Finally, it will help bridge the urban-rural divide as much-needed investment will occur in rural areas after decades of neglect that created the staggering inequalities.

The transition to an agro-ecological system of agriculture has the capacity to become the engine to restart a sustainable economy by increasing soil fertility and reducing groundwater exploitation. Indian agriculture would provide millions with livelihoods, making migration to the city less necessary.

Jaffrelot is senior research fellow at CERI-Sciences Po/CNRS, Paris and professor of Indian Politics and Sociology at King’s India Institute; Thakker is food and agriculture policy analyst and student of environment policy with specialisations in agriculture policy and african affairs at the Paris School of International Affairs, SciencesPo. 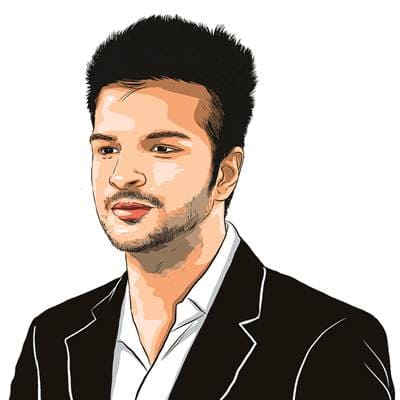 Hemal ThakkerHemal Thakker is a food and agriculture policy analyst and student of ... read more